HOAX: Angat Buhay houses in Marawi have no water and power supply 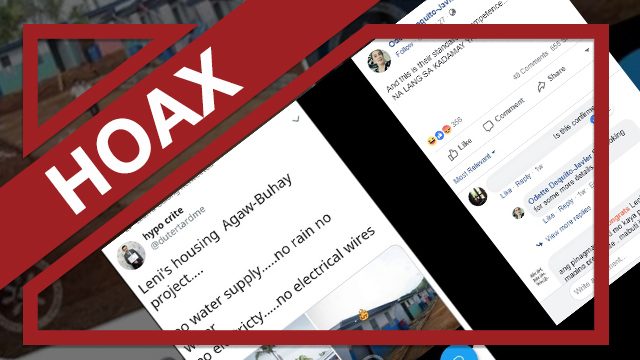 Facebook user Odette Dequito Javier posted the claim on October 27. Its caption reads, “And this is their standard of competence…IBIGAY NA LANG SA KADAMAY YAN.” (Just give it to Kadamay.)

The post is a screenshot of an October 26 tweet of @dutertardme showing photos of Angat Buhay houses.

The facts: The houses have water and power supply.

“We also have 3 water tanks in the area from Pepsi, PDRF (Philippine Disaster Resilience Foundation), Provincial Government of LDS (Lanao del Sur), and Action Against Hunger,” she said. 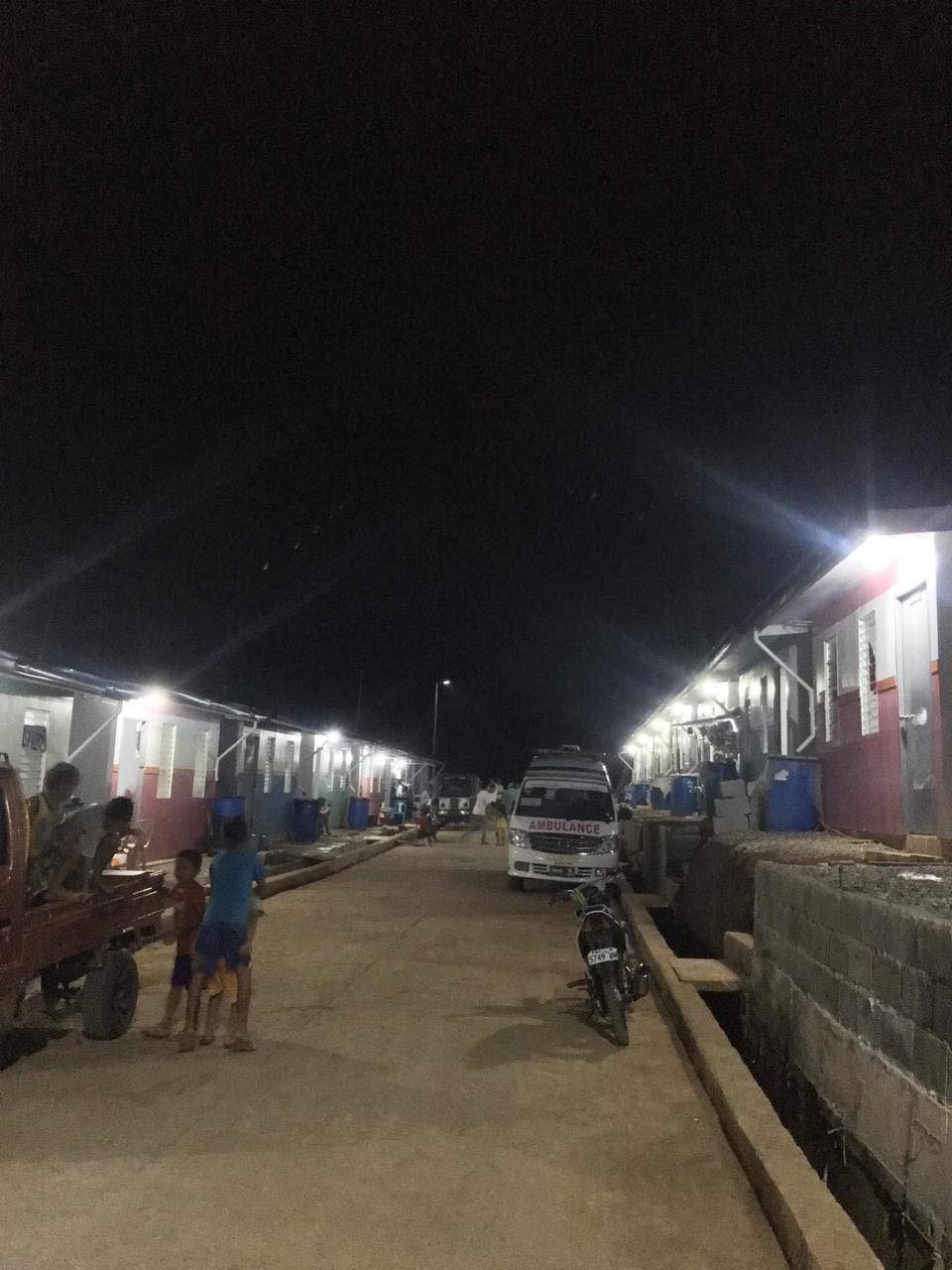 PDRF Project Officer Anna Trina Aspuria confirmed to Rappler that they delivered a 20,000-liter water tank to the Angat Buhay shelter site on September 12 and that this was “coursed” through Office of the Vice President (OVP) Undersecretary Philip Uy and Angat Buhay program staff Raffy Magno.

In the photos attached with the false claim, the houses are seen to have blue drums at the receiving end of a rain drainage. This could convince readers that the residents are depending on rainwater for their water supply.

Javiniar said “rainwater catchments” were an innovation introduced by the United Architects of the Philippines Quezon City Elliptical Chapter, which was the designer of the houses. She said the catchments were used before the installment of the water tank. (READ: Rain barrels ease water woes in Marawi relocation site)

Robredo herself on Sunday, November 11, confirmed on her radio show Biserbisyong Leni that the houses have utilities.

(That’s what we were worried about at the start, but we found a way…. We placed provisions for water tanks, we have rainwater catchers for each house that we built.)

(It’s good that Rappler corrected the fake post. Because if no one corrects these kinds of things, lies could really be spread every day.)

Angat Buhay is the flagship anti-poverty project of the OVP launched on October 20, 2016. The project benefited 83,707 families in its first year. The houses are part of the program which provides shelters for displaced Marawi residents after the 2017 siege. It is located at Area 7, Barangay Sagonsogan.

A commenter asked in the post if the claim is confirmed. “Still looking for some more details,” Javier replied. – Miguel Imperial/Rappler.com