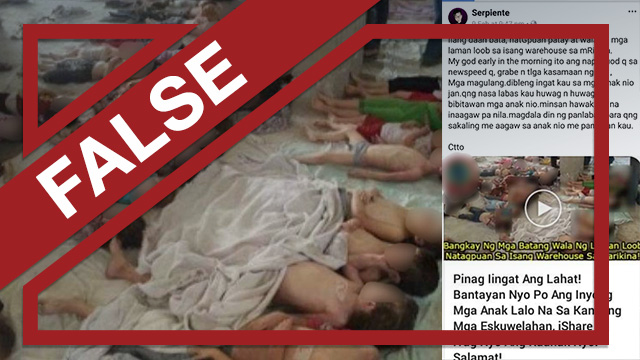 Claim: Facebook page Serpiente claimed in a post on February 9 that hundreds of dead children without internal organs were found in a Marikina warehouse. This was supposedly to warn parents to keep tight watch over their children.

The post included a thumbnail from a “video report” supposedly sourced from a major local news organization about the incident, showing the photo of the helpless children spread on the floor of the warehouse. 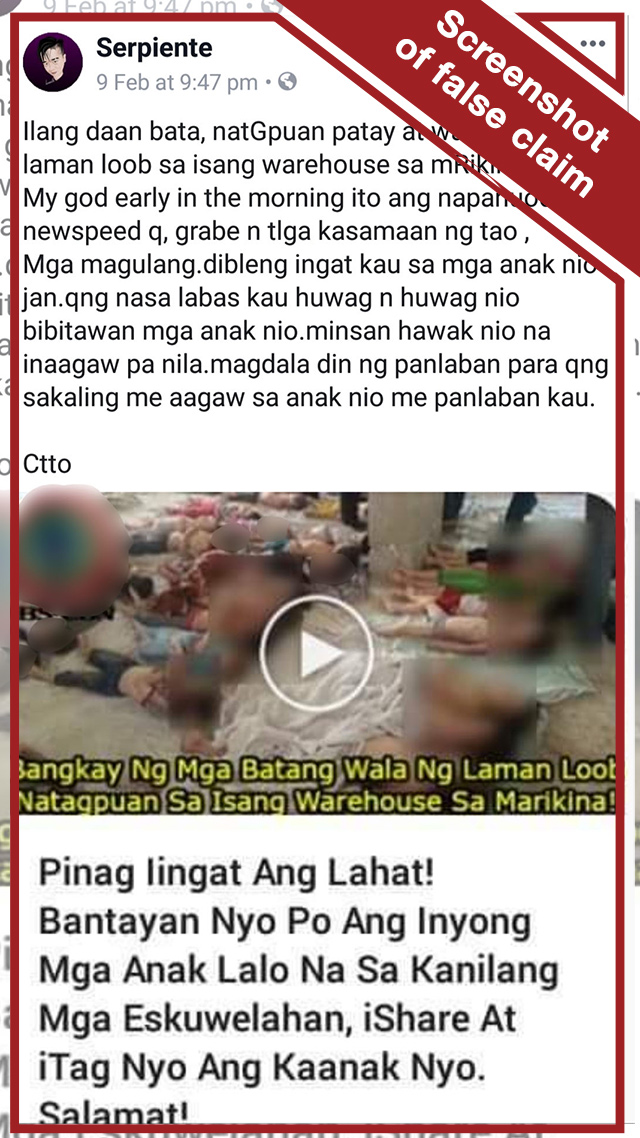 (Hundreds of kids, found dead and without internal organs in a warehouse in Marikina. My god, early in the morning this is what I see in my newsfeed, people have become so evil. Parents, be doubly careful with your children when outside, don’t ever lose hold of your child. Sometimes you’re already holding them, and they can still snatch them from you. Also bring something to defend yourself with if your child is taken away from you.)

The post has turned viral, with around 4,000 reactions, 2,000 comments, and 73,000 shares as of this writing. People whose comments have garnered the most reactions recounted tales of children being kidnapped and their organs being sold.

The facts: As reported by a Syrian electronic newspaper Zaman Al Wasl, what’s seen in the photo are Syrian children killed in the deadly August 2013 Ghouta chemical attack.

The same children in the photo were also captured in a video by the Youtube channel erbeeni, which has been documenting the Syrian revolution. (Warning: The video in the link contains graphic content.)

The said chemical attack has been considered by international media as among the worst chemical attacks in the world, with some estimating that up to 1,000kg of the deadly nerve agent sarin had been dropped on Ghouta, a known suburb of rebels, leaving around 1,000 women and children dead.

An earlier version of this hoax appeared in 2016, using the same photo. In that earlier version, 100 Malaysian dead children without organs were said to be found in a van in Thailand. 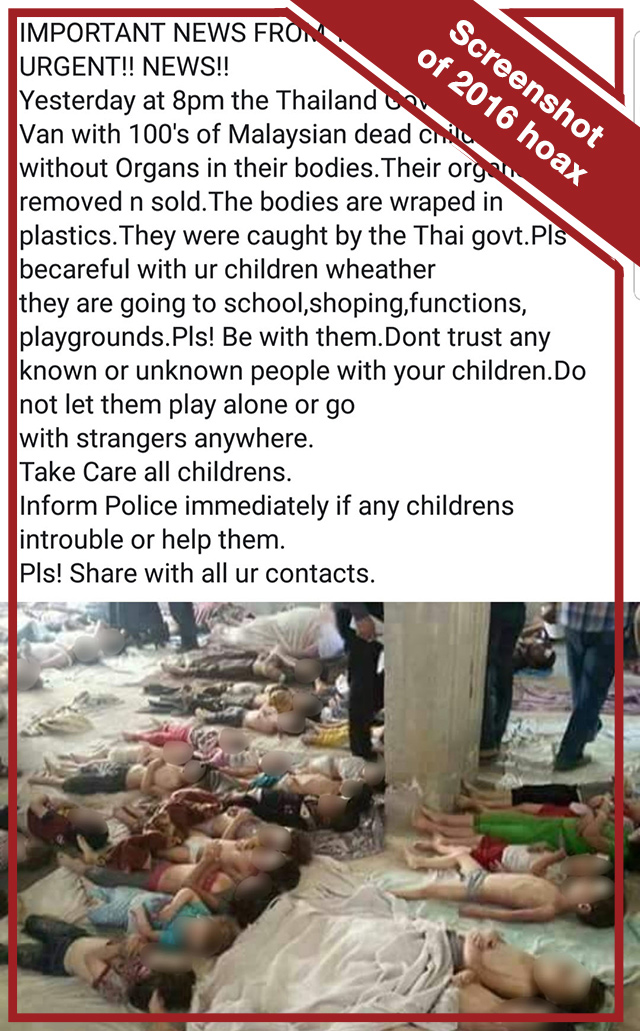 The Facebook page Serpiente has around 50,000 likes and it posts on a variety of topics, most of them about children’s death and kidnapping. – Addie Pobre/ Rappler.com