Mar 26, 2019 5:33 PM PHT
Rappler.com
Facebook Twitter Copy URL
Copied
Mar Roxas' camp maintains the claim is 'fake news' and 'completely illogical' for him to say. The page that posts the claim is also unable to provide proof of the quote's source. 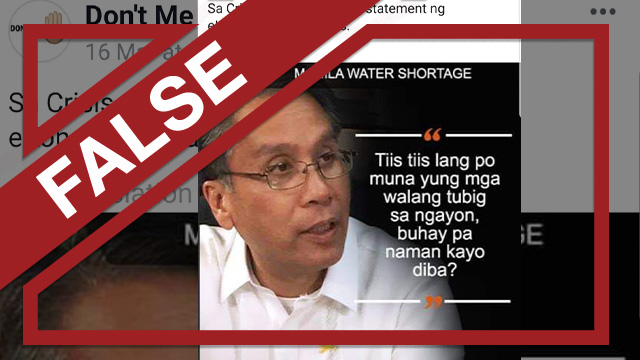 Claim: The Facebook page Don’t Me claimed in a post on March 16 that senatorial candidate Mar Roxas is urging consumers to just suffer through the water crisis since they are still “alive” anyway. 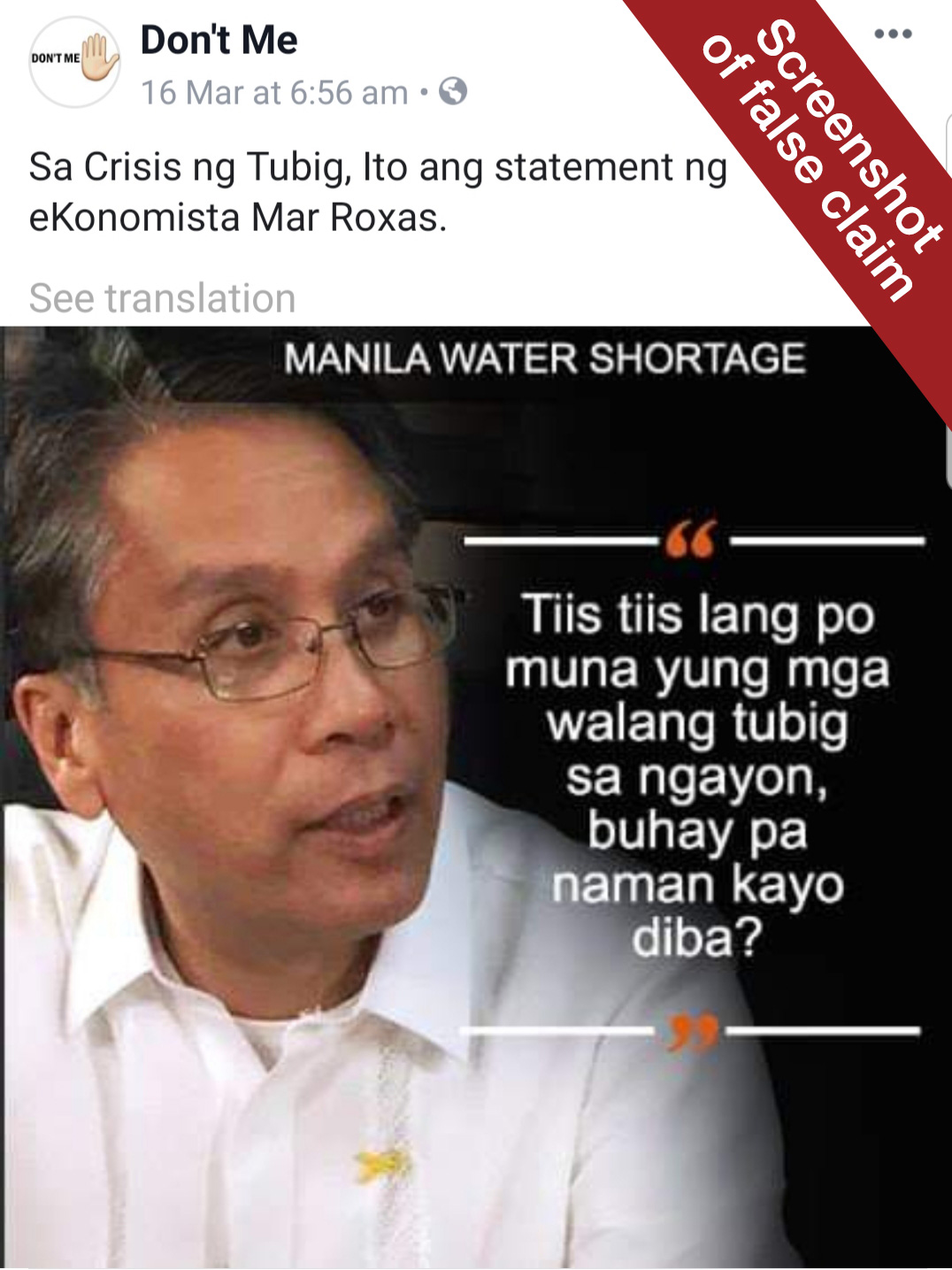 (To those who have no water right now, just suffer through it. Anyway, you are all still alive, right?)

The post has gained around 1,000 reactions, 200 comments, and 240 shares as of writing. Other Facebook pages such as Defend Duterte and Fight4Digong have also been circulating the post. Readers e-mailed it to Rappler for verification.

The facts: Mar Roxas’ camp maintained the claim is not true.

Roxas’ camp also explained the water crisis is not about the water shortage but is instead “a shortage of competence on the part of Manila Water.”

In an interview on March 20 in Batangas City Market, the senatorial candidate was also quoted as saying the crisis is a result of long-term events that need investigation.

(Well first of all, I support what Congress and Senate are doing to really know what exactly happened here because a shortage like that doesn’t just happen out of the blue, this is not like lightning suddenly striking a transformer resulting in an immediate black-out, right? When it comes to water, long-term events are behind the sudden loss of water so we must really investigate.)

Rappler asked the Facebook page Don’t Me for the source of its post. It said the post is a reshare from Facebook Page Mocha Uson Blog. A check with that page, however, showed that there has not been a post about Roxas’ supposed statement since the crisis erupted on March 7.

When Rappler sought the link to the supposed post from Uson’s page, the Don’t Me page could not provide any.

Meanwhile, the photo of Roxas in the post is a manipulated photo of Rappler’s instaquote on Roxas’ statement on NAIA’s bullet-planting scandal in 2015. – Addie Pobre, with reports from Mara Cepeda/Rappler.com