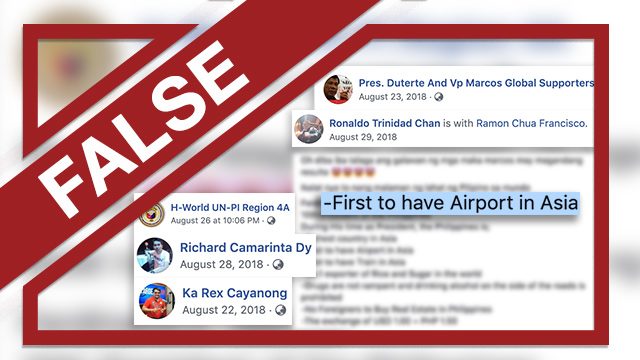 Claim: Former president Ferdinand Marcos built the first airport in Asia, as part of his long list of achievements during his 20-year term.

Overall, their posts got more than 35,000 shares, 34,000 reactions, and 6,600 comments as of writing. These posts are still being shared by several users across the platform as of September 2019.

In the Philippines, there are also records of airports operating even before World War II. According to the Filipinas Heritage Library, Nielson Airport was the first principal airport in Luzon, and was inaugurated on July 17, 1937. There was also Grace Park Airfield, which started operations in the 1930s.