9 celebrity deaths that have been proven false 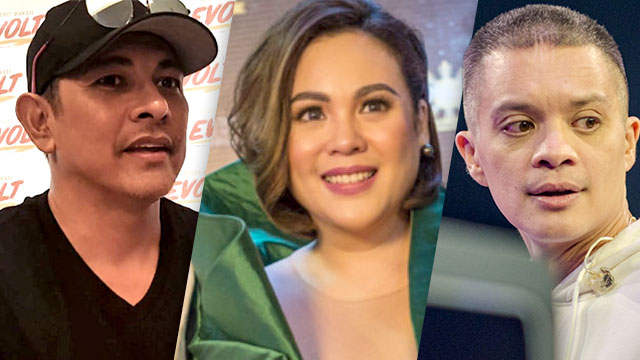 MANILA, Philippines – Death hoaxes have been around for a long time, but they’ve been given a faster, more far reaching life in the age of social media.

Death hoaxes often crop up when the celebrity in question is in the news for true events, as was the case with the late Eddie Garcia, Jessy Mendiola, and Claudine Barretto.

These are easy enough to fact check – most celebrities will still be posting on their social media accounts despite their “deaths” and will even deny the claims outright if things get out of hand.

Still, thousands of people share these blog posts or click on them, which is often what these blogs are after – visits to their site for ad revenue. As such, it’s actually best not to share, like, or comment on these posts so as not to give them any traction.

You can also send these hoaxes over to factcheck@rappler.com so we can let you know whether the rumor is true, misleading, or outright false.

Here are the celebrity deaths we’ve proven wrong in the past.

A blog post claimed on May 26, 2018 that Chinese actor Jet Li died after being “in and out” of Matilda International Hospital in Hong Kong since August 2007 and confined for more than two months.

However, the 55-year-old Chinese actor is still alive and even denied this rumor when it broke. He told his fans on Facebook on May 23, 2018: “I would like to thank all my fans who expressed concerns about my health. I’m doing great and feeling great! I’m excited to share with you all a few projects I am working on in the near future. For now, thank you all for your concerns!”

Rumors about Li’s health have circulated in the past as well, including that his hyperthyroidism was worsening and that he needed a wheelchair.

Actor John Lloyd Cruz supposedly died around June 9 or 10, 2018. The websites that spread this rumor did not include date stamps and provided different reasons for Cruz’s “death.” One said he died in a carjacking incident, while another site said the actor jumped from atop a condominium building.

Cruz was taking a break from the showbiz industry at the time, but he was clearly still alive. He even appeared on behalf of his partner, Ellen Adarna, on June 11 at the Pasig City Prosecutor’s Office for preliminary investigation proceedings, in relation to charges filed against the actress.

Rumors that singer Gary Valenciano died circulated around July 13, 2018. The blogs that spread this rumor said that he died of diabetes and even recorded a video for his fans prior to his death.

This claim spread days after a teaser for Valenciano’s interview with Korina Sanchez was released wherein he spoke about finding out he had kidney cancer. In the same interview though, he also said that he had already been cleared of cancer.

However, Josh was very much alive in his mother’s Instagram posts on July 23, 2018, where he was joined by TV host Willie Revillame.

Rumors of his death spread days after he was rushed to the hospital and diagnosed with “erosive esophagitis due to severe acid reflux and ulcers.”

His mother posted the videos that were being spread by the blogs on her Instagram account, but she said they were videos of Josh being treated by doctors, not of his “final moments” as the posts said.

Actress Jessy Mendiola supposedly died in a car crash around July 24, according to a number of blog sites.

The actress was alive and well, however, as proven by her Instagram posts and comments at the time.

While Mendiola did figure in a road accident on May 16, 2018, she said on Instagram that she had come out unscathed.

Right after the late actor Eddie Garcia collapsed on set on June 8 during the taping of a TV show, false claims that he died due to a heart attack spread.

After the incident, Garcia was in critical condition and initial reports said that he suffered a heart attack.

Garcia did not die until more than a week after collapsing on June 20 because he sustained a fracture on his cervical spine.

In early October, an image of singer Bamboo with the words “RIP Bamboo Manalac 1976 – 2019” circulated online.

Bamboo’s social media activity, however, proved that he was very much alive.

He had upcoming concerts in Australia on October 11 to 13 and he promoted these on September 30 on his Instagram account.

Rumors that Claudine Barretto had died began to spread online in the midst of another Barretto family feud.

On October 18, Claudine supposedly “died on the spot” after multiple gunshots were fired at her car in Quezon City. This was 3 days after her father Miguel Alvir Barretto died.

The Barrettos were a hot topic around that time, because of an altercation between Claudine’s sisters Gretchen and Marjorie at their father’s wake.

Claudine was reported hospitalized on October 17 after allegedly getting into a fight with Marjorie, but she wasn’t dead.

Claudine was interviewed on DZMM on October 22, and she posted on Instagram the following day.

Actress Shaina Magdayao died of hypothyroidism, according to blog posts that circulated around October 19.

However, Star Magic posted a video of her at a photoshoot on October 23 and her makeup artist that day also posted a photo of her at the shoot. Shaina’s official Instagram account even commented on the photo.

Magdayao really does have hypothyroidism, which she first spoke about in 2017. In June 2019, she spoke at length about her health in an Instagram post, saying, “For the first time in years – I FEEL HEALTHY.” – Rappler.com