FALSE: Leni Robredo ‘says’ K to 12 is not enough 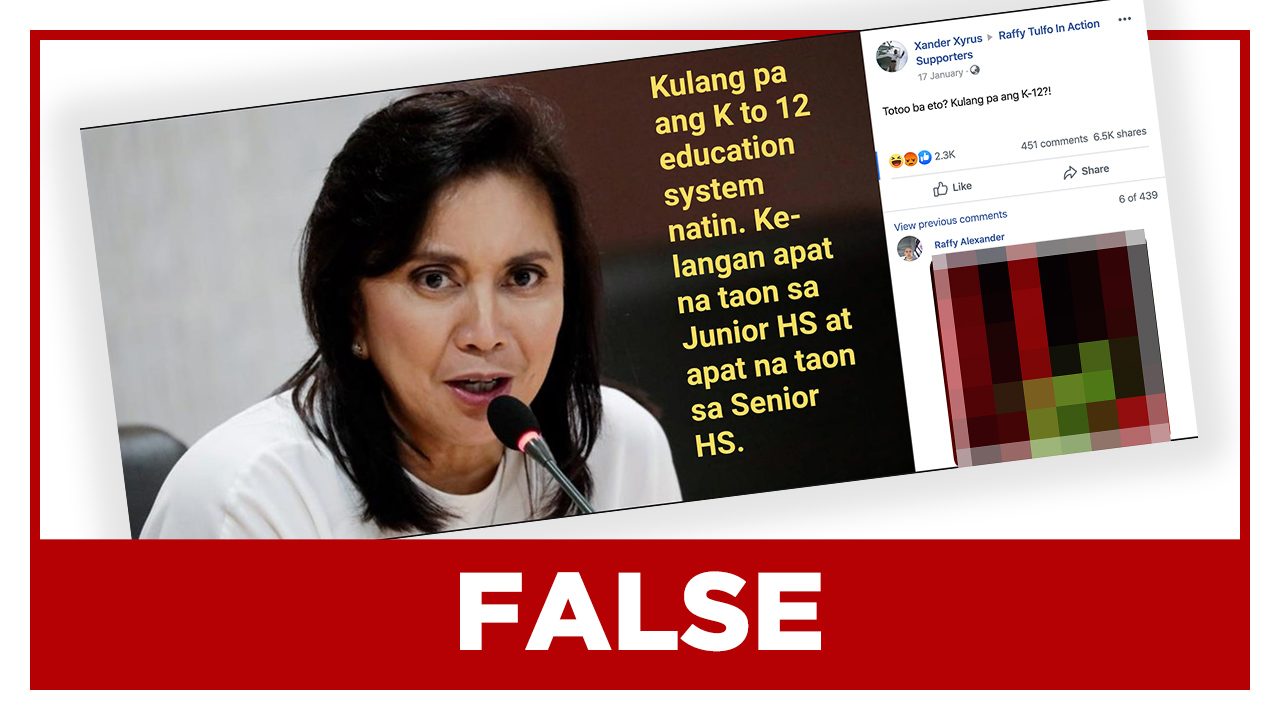 Claim: Vice President Leni Robredo said that the K to 12 program is “not enough,” according to a meme that is circulating online.

The meme was posted by Facebook user Xander Xyrus in the group, Raffy Tulfo In Action Supporters, on January 17, where it has since received more than 2,300 reactions, 451 comments, and 6,500 shares.

The meme was sent to Rappler for fact checking via email and was also spotted through Facebook’s monitoring tool Claim Check.

The facts: Robredo did not say what was attributed to her in the meme.

The Vice President said in the October 27, 2019 episode of her radio show, “BISErbisyong Leni,” that she was open to reviewing the program to improve it further. (INFOGRAPHIC: 10 things about K to 12)

(In my opinion, it’s ok to assess it already, but we need to find a way to ensure that when they graduate from Grade 12, they are really ready to work. Because if this is the condition of senior high school, where many don’t get to experience hands-on work, many don’t have materials, many really won’t be accepted because they didn’t get actual experience.)

On Sunday, March 1, the Vice President also denied the claim on her official Facebook page, where she reiterated that she supports a possible review of the program.

Robredo has been supportive of the K to 12 program since 2015, the year before she won as vice president in May 2016.

Rappler had fact checked the group, Raffy Tulfo in Action Supporters, before when someone shared a video about a supposed “sigbin” caught in Surigao City.

Social media users often wrongly attribute quotes to Robredo. Rappler has fact checked a few, which you can find below: