Claim: Former senator Antonio Trillanes IV allegedly posted a tweet saying that President Rodrigo Duterte is to blame for the calamities the country has been facing, including the novel coronavirus pandemic.

Facebook page DU30 MEDIA Network posted a screenshot of the tweet on March 14. There was no timestamp included in the screenshot.

(Did you notice that when lord Duterte took office our country has faced a lot of calamities and disasters? The eruption of the volcano, the many fires and earthquakes, and now this virus called COVID-19. It’s sad to think that more of our countrymen will get affected because of Duterte’s doing.) 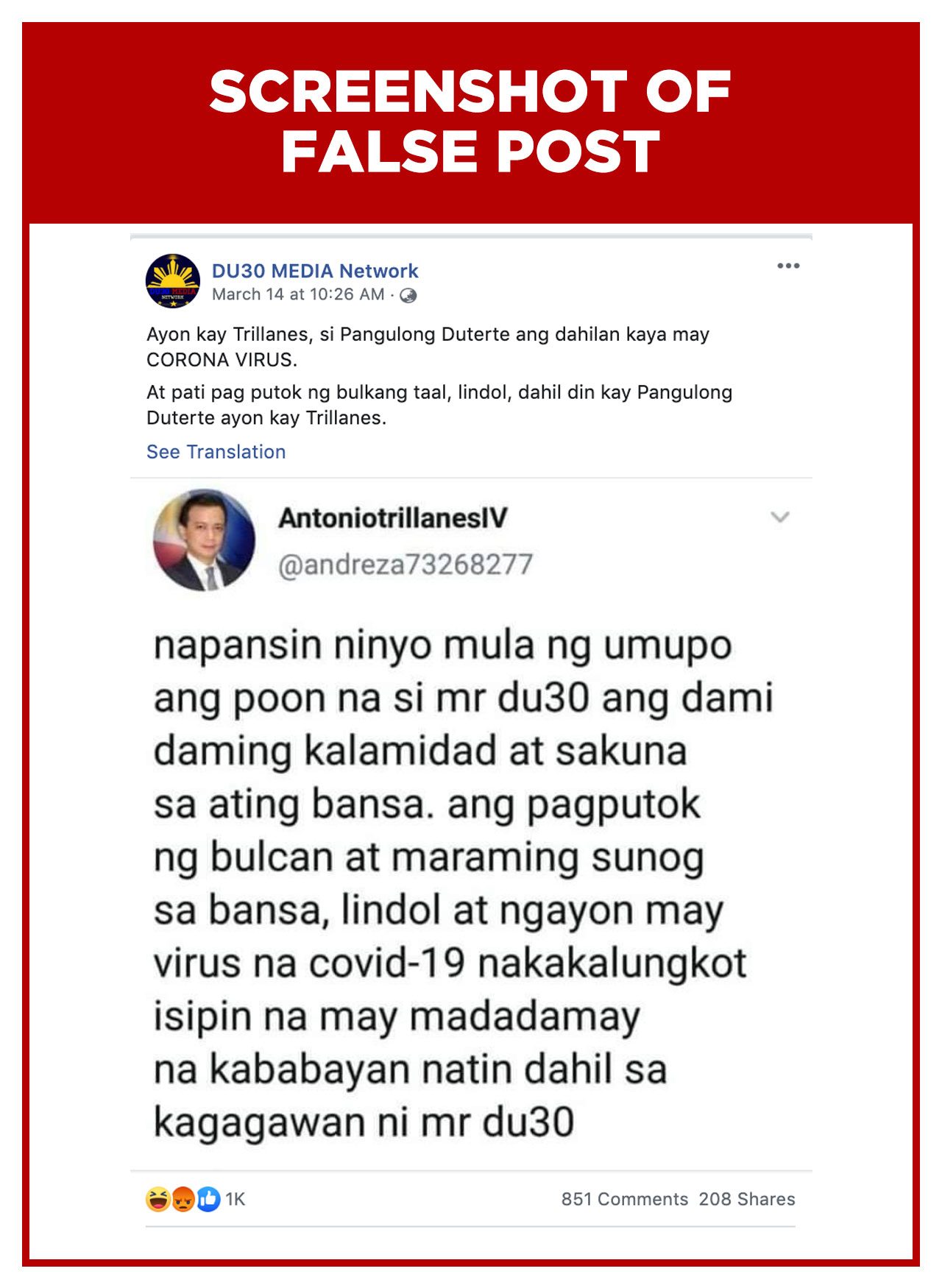 The former senator’s real username is @TrillanesSonny, which was verified by Twitter. Verified accounts have a blue checkmark next to the users’ names.

“For info, this post did not come from me. Be vigilant against fake posts and fake news. Maitim ang budhi ng gumawa nito (The one who did this has no conscience),” Trillanes tweeted.

For info, this post did not come from me. Be vigilant against fake posts and fake news. Maitim ang budhi ng gumawa nito. pic.twitter.com/B9FJLi91aA