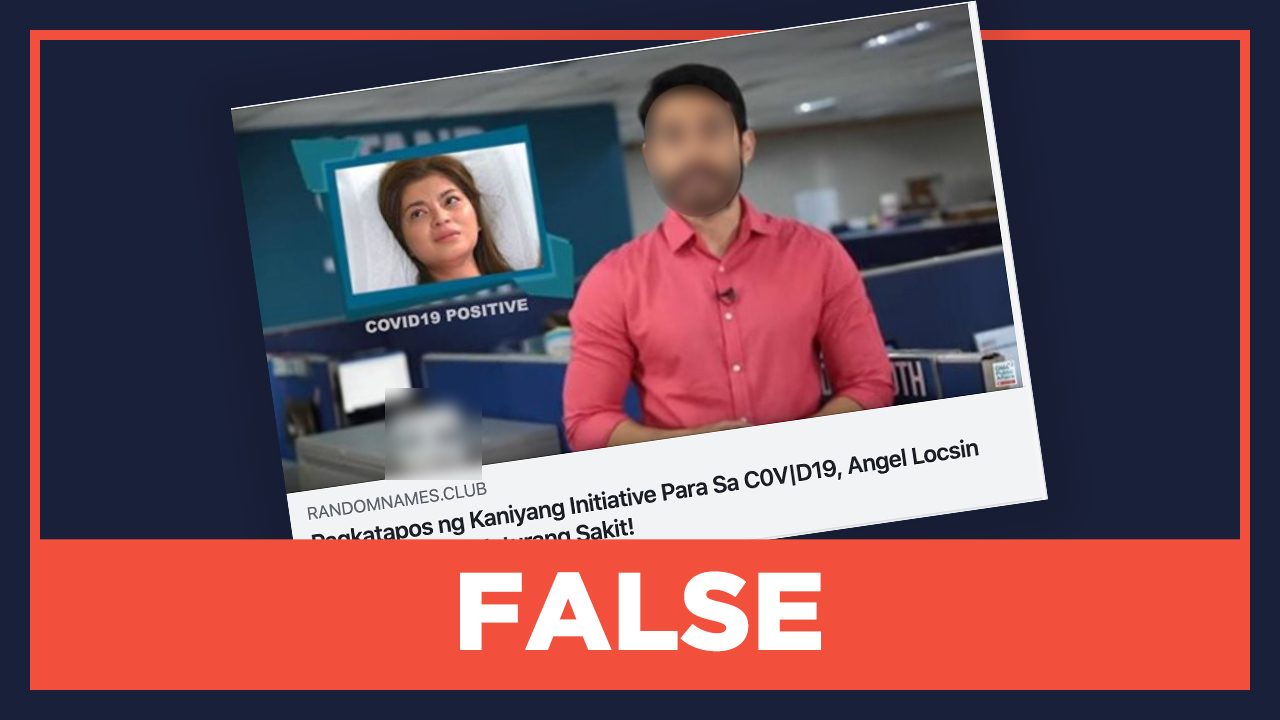 The webpage also contained an embedded video. When clicked, the video played only for a few seconds then stopped to ask the reader to share the link to “uncover” the rest of the clip. The first 3 seconds showed newscaster Atom Araullo saying, “The DOH confirmed 2 new cases of COVID-19.”

The website links were shared on Facebook as early as April 26. Based on Claim Check data, the links have been reported by Facebook users at least 33 times for containing false information. A reader also sent the claim to Rappler’s email for verification.

The facts: On April 26, the day the links were first shared on Facebook, Locsin announced that she had tested negative for the coronavirus. GMA News Online reported it the same day.

Locsin posted a photo of two test kits on Instagram Stories on April 26. One was hers and the other was Neil Arce’s, her celebrity boyfriend. Both test kits showed negative results. Locsin said “COVID free” in her post.

Rappler also found the video embedded in the webpages. It was an edited version of a clip from GMA Network’s Stand for Truth episode aired on March 6, 2020, and uploaded by YouTube channel News Reports. A photo of Locsin was placed over the original video. The doctored clip had 4,659 views as of writing.

In an email to Rappler, Stand for Truth said they never aired a report on Angel Locsin testing positive. “Stand for Truth condemns this blatant resort to spreading fake news for the sake of getting more views online. We urge the public to practice responsible use of social media and refrain from sharing such items that only encourage the spread of misinformation,” it said.

In the original video uploaded by the official YouTube channel of GMA Public Affairs, Araullo talked about two new cases of COVID-19 in the country, but neither of them was Locsin. The new cases were the first two Filipinos who tested positive in the country on March 6.

In these claims, the website also asked readers to share the link on their accounts before fully playing the embedded videos. – Pauline Macaraeg/Rappler.com