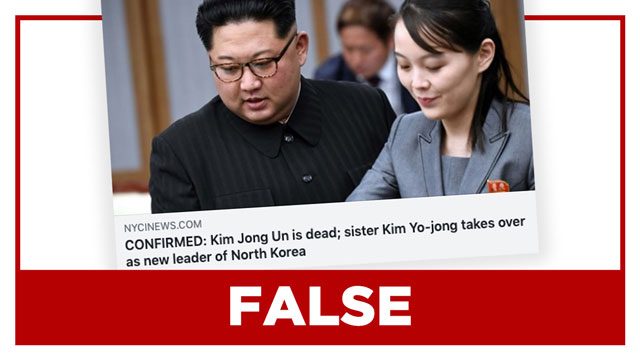 Facebook Twitter Copy URL
Copied
As of writing, there are no reports from credible news organizations that support this claim

Claim: North Korea’s ruling Workers’ Party confirmed that their leader Kim Jong Un has died and will be replaced by his sister Kim Yo-jong.

This was reported by the website The Stuffpost (nycinews.com) on April 25. Its report said the party made the confirmation “in a live broadcast on state TV,” thus “laying to rest” rumors about Kim Jong Un’s condition in recent days.

The report said that Kim “died after having a cardiovascular procedure” according to the ruling party.

Facebook’s Claim Check dashboard shows that this article has been shared 58,000 times as of writing. 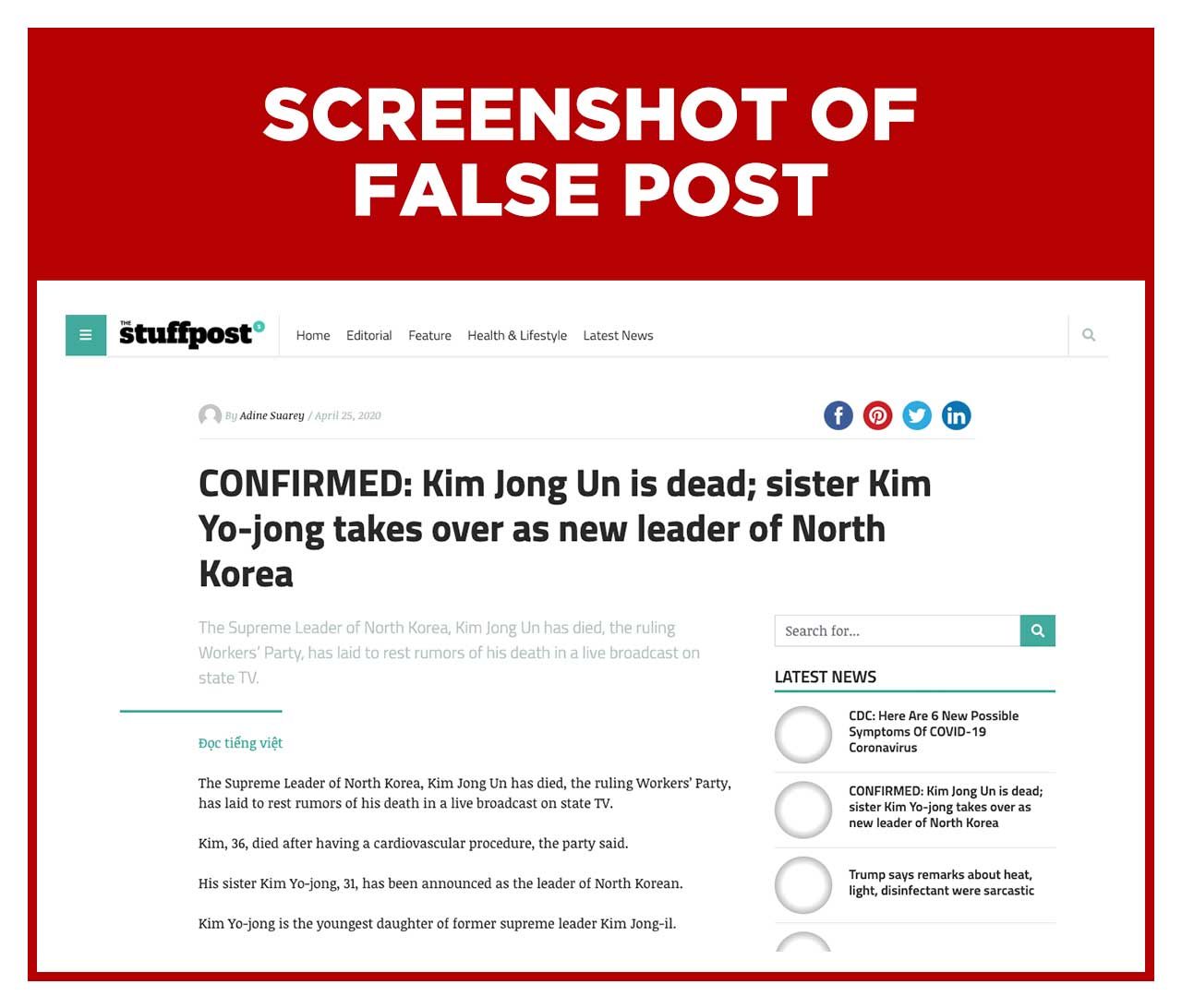 The Stuffpost’s article was the only one about Kim Jong Un on its website.

The article has not been updated since it was published on April 25. As such, it ran counter to recent details and developments reported by other news outlets about Kim Jong Un after April 25.

The domain nycinews.com was registered only on March 11, 2020, according to its whois information. The website also does not have an About page, a list of staff members, or a way to contact its office.

Due to North Korea’s totalitarian government, news coming out of it is controlled by the state. As such, any news announced through North Korea’s state TV would have also been carried by various news outlets.

The scarcity of details coming out of North Korea has fueled conflicting speculations about Kim Jong Un’s condition, especially in connection with his weeks-long absence from public view as pointed out by news outlets like The New York Times on April 26.

While there have been reports that the North Korean leader died due to a botched surgery as reported by TMZ on April 25, some outlets like CNN on April 26 and The Guardian on April 27 have also reported that Kim is “alive and well,” citing an adviser to South Korean president Moon Jae-in.

US and South Korean intelligence authorities are also “skeptical” about Kim’s supposed death, The Washington Post reported on April 27.

On April 26, news outlet The Mirror chronicled how North Korea announced in 2011 the death of Kim’s father, Kim Jong-il, and said it may offer clues on how the country may be announcing the passing of their current leader.

The Mirror‘s article said North Korean state TV announced Kim Jong-il’s death two days after it happened. The presenter was also dressed in black at the time of the announcement.