FALSE: Robredo says the virus, not people, should be restrained 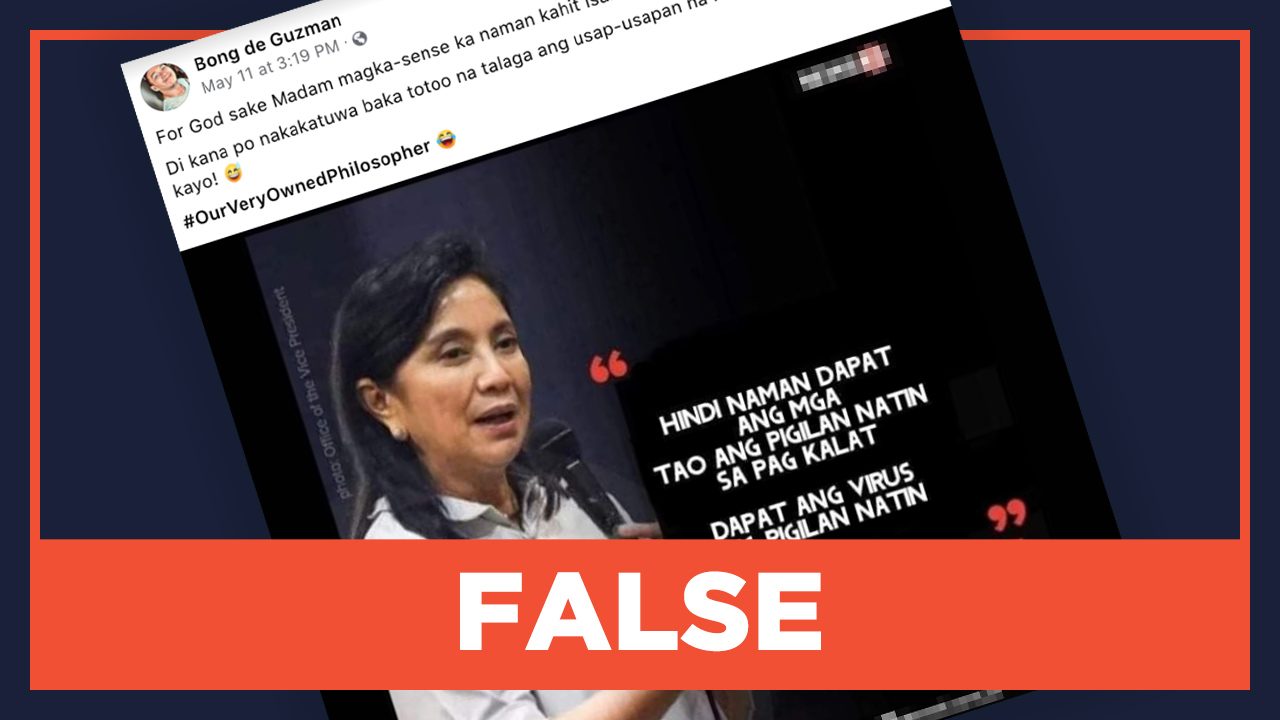 Claim: Vice President Leni Robredo said it should not be people, but the virus, that should be restrained from spreading.

The graphic contained News5’s logo as well as its social media handles. It was also dated March 12. 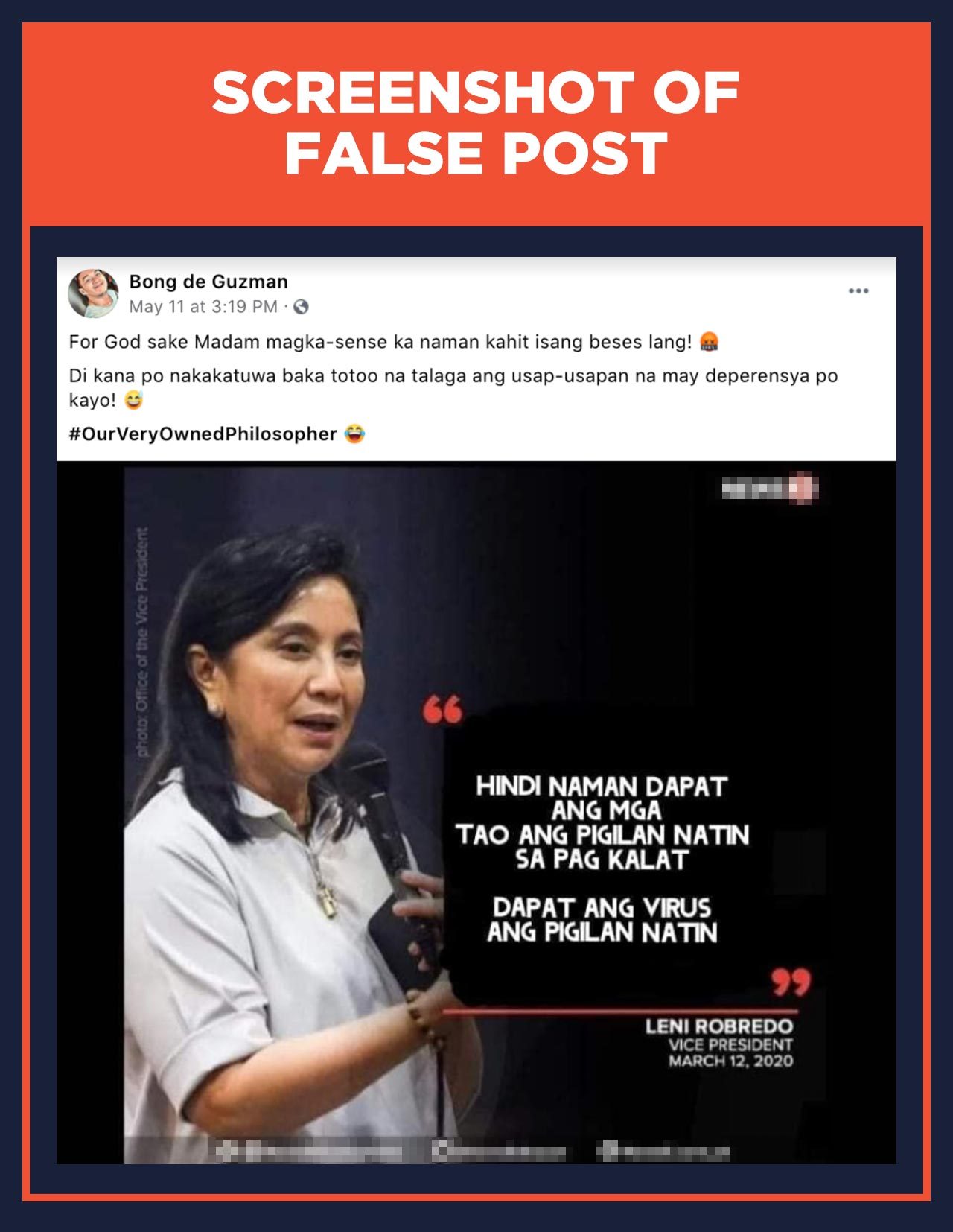 These posts were flagged by Claim Check, Facebook’s tool for detecting posts with potentially false information.

The facts: Robredo did not make this remark, and the graphic was altered from a quote card produced by News5.

(Vice President Leni Robredo stressed that panic buying and hoarding in the middle of the COVID-19 crisis in the country would not help.)

(Each bottle of alcohol that we hoard and don’t get to use is one bottle that we denied our neighbor. In the end, if they get sick, we will all be affected, no matter how many supplies or food we hoard.)

This quote was taken from her statement on March 12. In this speech, she did not say people should not be restrained. She called for work-from-home arrangements in favor of physical distancing. (READ: Pahayag ni VP Leni Robredo sa nagbabagong sitwasyon ukol sa COVID-19)

Rappler also reached out to the one who posted the graphic first, but did not receive a response as of writing. The post became unavailable after Rappler sent them a message.

This is not the first time that this News5 graphic was altered to perpetuate a false quote attributed to Robredo. Rappler also debunked another false quote that claimed Robredo suggested “inhaling back” one’s cough to contain the spread of the novel coronavirus. – Loreben Tuquero/Rappler.com