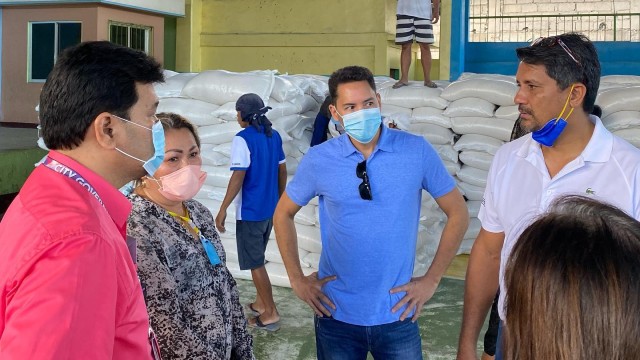 Claim: On Thursday, May 28, President Rodrigo Duterte claimed in a late night address that Ormoc City Mayor Richard Gomez said he would not accept anyone returning from elsewhere to enter the city.

Duterte said: “I do not have any quarrel with Richard Gomez, he was the one who said he is not going to accept anybody from entering or, for that matter, leaving the place…that’s okay, it’s part of maybe the vigilance that a person nurtures in his heart on how to do it.”

He added: “But you know, there are also constitutional issues involved and those are sacred ones. And for those who are not really pronounced to be infected positive, there’s no reason why you should not accept them, especially those who are returning to their homes from doing work abroad. Kawawa naman kasi (You should have pity on them).

There’s a constitutional right, there’s no really reason why you should not accept them with open arms. I think this has been understood by everybody, unless, for one, if you are positive you can stay where the government has to provide for the hospitalization.”

Gomez agreed in a Facebook post made on Thursday, May 28: “To be clear: Returnees have a constitutional right to come home but health protocols are in place because public health must be upheld and safeguarded even and especially as we do that.

Meaning, there are ways to satisfy both if everyone is in sync and protocols are set in place and observed.”

The facts: Gomez made his first statement on the lack of coordination from the agencies in charge of the Balik Probinsya program on Monday, May 25.

DILG, NHA, OWWA, what happened to all the protocols that you guys are trying to formulate for returning residents?!!!

“DILG, NHA, OWWA, what happened to all the protocols that you guys are trying to formulate for returning residents?!!!” the Ormoc City mayor said in his Facebook post.

“Imagine sending people without names or incomplete documents or no documents at all and telling us to accept them? What confirmations do we have that they are from here? It’s possible that they left Manila without testing,” Gomez said.

Gomez only complained about the national government’s lack of coordination with the local government and did not say he was going to refuse the returning residents.

He made a follow-up post on his official page, saying that the national government gave the LGU a belated heads up – only as the repatriates were arriving.

In the post, Gomez responded to statements Duterte’s chief legal counsel Salvador Panelo made on his program “Counterpoint” and to Department of the Interior and Local Government (DILG) Secretary Eduardo Año’s comments on the matter.

Año, who is in charge of the local government units, said on May 26: “I’m warning you to stop that. You can’t say, ‘We have zero COVID-19 cases so we won’t take in OFWs, or they should stay at the pier.’ That won’t do. I myself will go after you.”

Gomez reiterated all he asked for was coordination. “’Wag niyo po masamain ‘pag humihingi kami ng coordination sa inyo (Don’t take it negatively if we ask for coordination from you),” Gomez said.

Panelo said on Wednesday, May 27, in Filipino: “Richard, I listened to you, and you said you’re more than ready. You have 200-300, may 200-300 beds, you have quarantine centers. That’s why you don’t have a COVID case, because you’re prepared. So, I’m confused why you would be flustered suddenly if you were only notified within the hour, or within 24 hours that you have new residents arriving. You’re ready, right?”

Gomez replied on Facebook in a mix of Filipino and English: “I wasn’t ‘flustered’ like you said. We followed the earlier memo of the DILG briefing they gave the LGUs last Thursday, May 21, that 3 days prior to the arrival of repatriates there should be coordination from their LGU of origin and notice from the national agencies so they can prepare properly.”

He added: “What happened, a few hours later, I received a text from Manila that they [the repatriates] were already in Palo, Leyte, and they were looking for a ride for those who are part of the ‘Balik Probinsya.'”

The Ormoc City mayor said he only “asked for coordination.” None of the posts, nor public statements made by Gomez so far, said that he would not receive any of the returning residents.

“We ask for coordination not to give anyone a hard time, but to make the process smooth for everyone,” he said.

On May 28, it was discovered that two returning residents who were part of the Balik Probinsya program tested positive in Baybay City and Tanauan Leyte.

These are also the first confirmed coronavirus cases in either of the towns. – Rappler.com