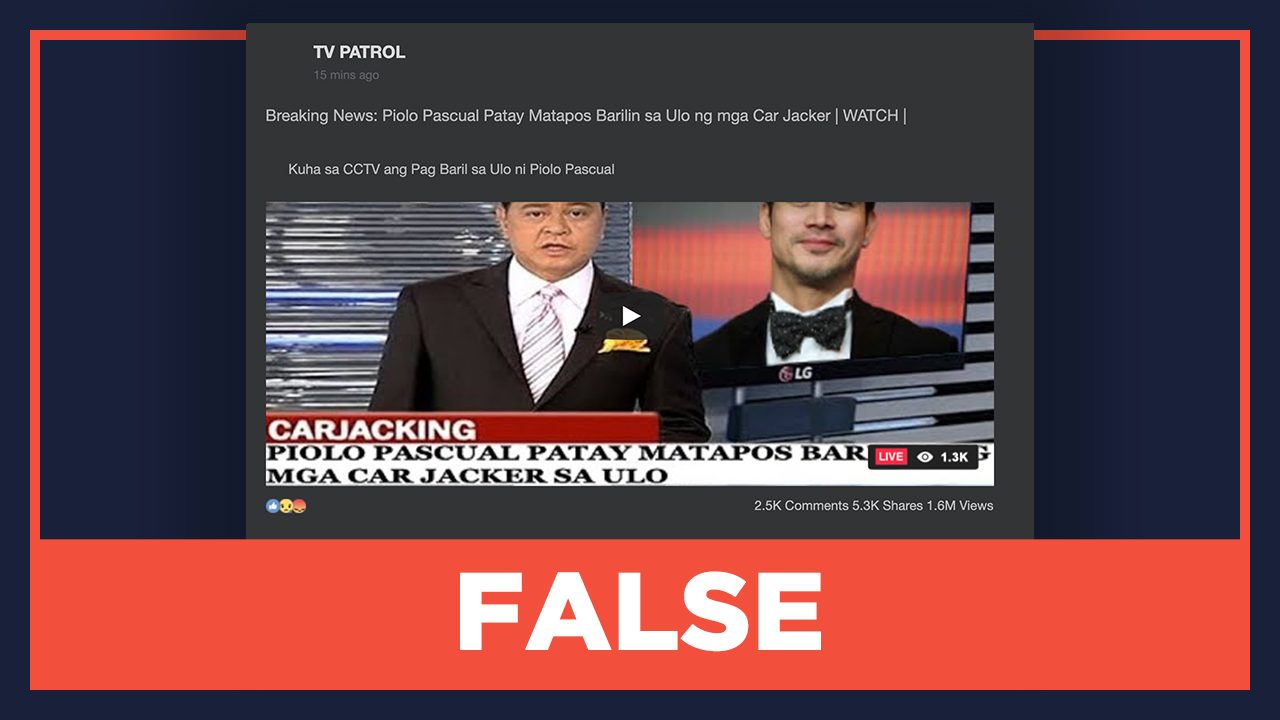 Its featured image is a supposed screenshot of a TV Patrol news report with the actor’s photo.

After clicking on the link and on the video thumbnail in it, users will be redirected to another website, hetongbago.info, with a similar layout but with more ads. Then, after clicking on the embedded video to watch it, only the first few seconds would play before prompting users to share the story first to continue watching.

The article was first shared on Facebook around Saturday, June 27, according to Facebook’s Claim Check dashboard. One post, for instance, has been shared over 1,000 times since Sunday, June 28.

The dashboard also shows that articles with similar headlines were posted by websites w0rldwid3arr0w.xyz and livenow.tv-networks-channel.com at around the same time, but are now unavailable as of posting time. The facts: The carjacking incident did not happen to the actor, who is still alive.

Pascual has posted a photo of himself and uploaded stories on his Instagram account on Monday, June 29.

The embedded video in the claim is from a July 15, 2015 TV Patrol news report about a different carjacking incident that was caught by security cameras in Santa Mesa, Manila.

The 18-second video for the claim used only the first 13 seconds of the TV Patrol report, then cut away to just the actor’s picture for the remainder.

Upon further inspection, the video was uploaded last Friday, June 26, by a YouTube channel named Tumbling News Buns. The channel has only 5 clips, 3 of which (including the one about Piolo Pascual) are similar short clips of actual news reports taken out of context.

This technique in death hoax claims has been used in the past, and pointed out in many previous Rappler fact checks. – Michael Bueza/Rappler.com