FALSE: Bela Padilla dies after being gunned down in car

Jul 7, 2020 6:01 PM PHT
Rappler.com
Facebook Twitter Copy URL
Copied
Padilla is alive and has been active on social media platforms. The video used for the fake claim leads to a GMA News report on a shooting incident of a different woman. 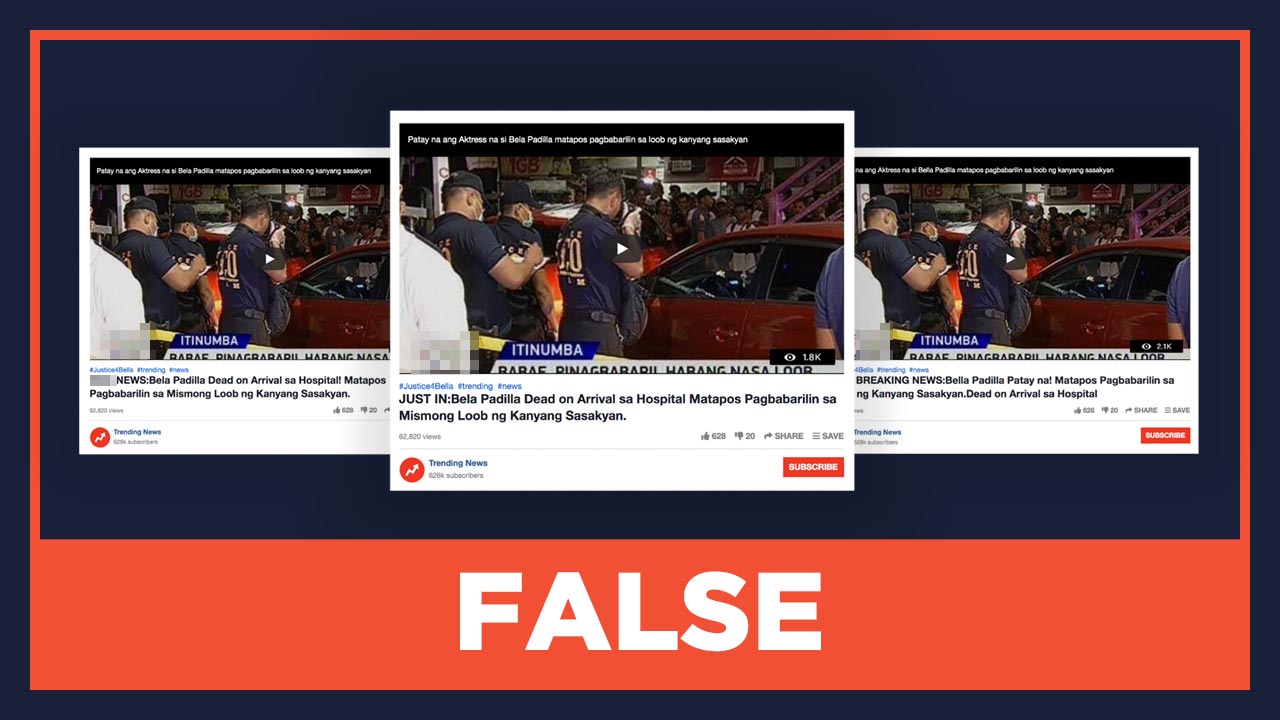 Claim: Actress Bela Padilla was declared dead on arrival after she was gunned down in her car.

Multiple links, most of them as different pages of gmanewsupsimelda.blogspot.com, contained variations of this claim.

Once clicked, they redirect to randomnames.club. There, it contains a headline on Padilla’s death. It also contains a “Trending News” name and logo, yet some of the links cited GMA News in the headline. Some also misspelled Padilla’s name.

The pages also embedded a video with the 24 Oras logo in the thumbnail. Once clicked, it plays for a few seconds before prompting the viewer to share the video before continuing to watch it. 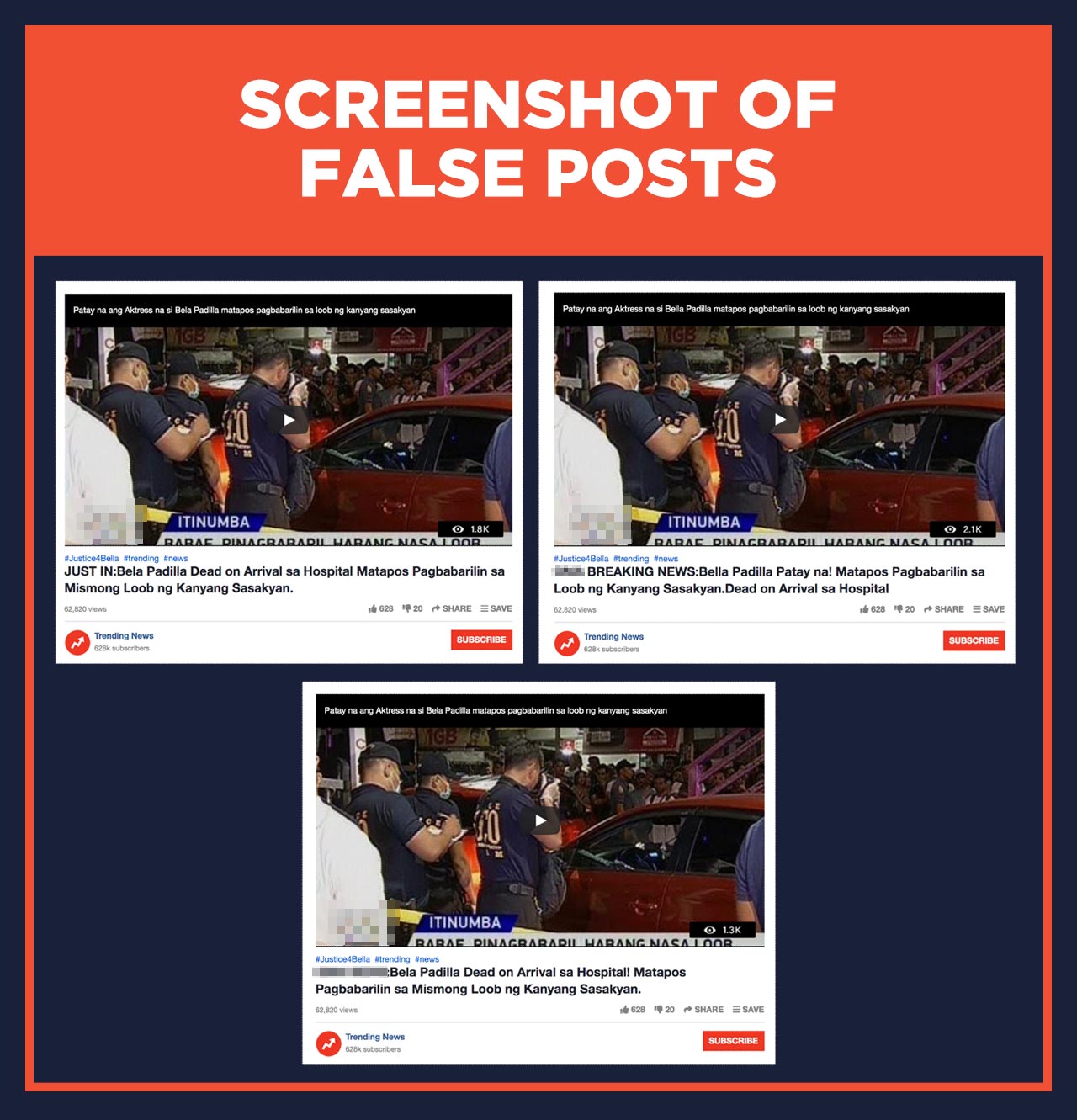 The facts: Padilla is alive and has been active on social media platforms. The link to the embedded video on the websites leads to a GMA News report on a shooting incident of a different woman.

GMA reported that the woman who was shot in her car was identified as a certain Consuelo Go. The video was uploaded on January 26, 2019.

The claim was being circulated as early as July 4, but Padilla has been active on her verified accounts since then. She posted on Instagram on July 6 and was retweeting posts on Twitter on July 7.

Social media monitoring tool CrowdTangle also revealed that the randomnames.club link has been shared since March, but with a different headline which said that P20,000 will be provided to all SSS members due to COVID-19. This claim was also debunked by Rappler.

This method of perpetuating death hoaxes has been used for several claims in the past that were also debunked by Rappler, including those of Piolo Pascual and Dwayne Johnson. – Loreben Tuquero/Rappler.com