Former senator Ferdinand “Bongbong” Marcos Jr. said during an interview at the Friday News Forum on Friday, September 24, that the relationship between China and the Philippines was good until the Philippines filed a case with the ICC over the West Philippine Sea in 2010.

(We always talked with China, every time we had a problem we brought it to China – and vice versa. That was our system before until we filed a case in 2010 with the ICC.)

Marcos added that the case filed caused both parties to “harden” their position and stop the bilateral talks.

(The bilateral consensus is the most important. Because territorial conflict can only be solved in the ICC, but both parties should agree.)

Marcos mentioned the ICC at least five times when referring to the issue of the West Philippine Sea. 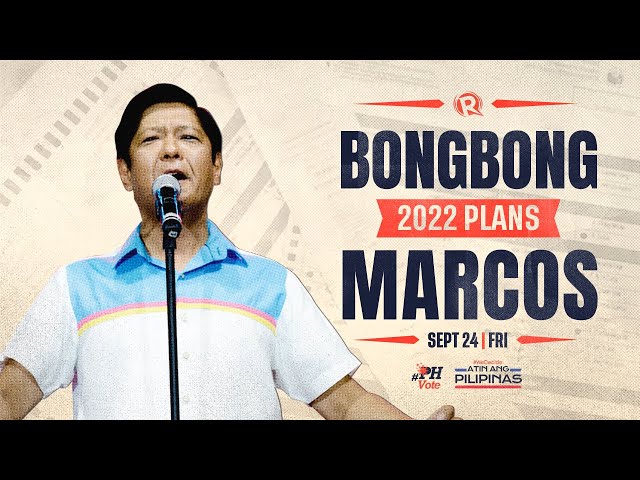 The Philippines filed a case over the West Philippine Sea with an arbitral tribunal at The Hague, not with the ICC. It was filed in 2013, not in 2010.

The arbitral tribunal ruled in favor of the Philippines in 2016, concluding that “as between the Philippines and China, there was no legal basis for China to claim historic rights to resources, in excess of the rights provided for by the convention, within the sea areas falling within the ‘nine-dash line.’”

However, China refused to acknowledge the ruling until today, over five years after it was announced.

President Rodrigo Duterte has also belittled the ruling and called it a piece of paper that should be “thrown in the wastebasket.”

During an interview with actress Toni Gonzaga on September 13, Marcos also misdated the years his father, the late dictator Ferdinand Marcos, was elected to the House of Representatives and the Senate. – Pauline Macaraeg/Rappler.com