FALSE: China delivered vaccines by military plane only to the Philippines 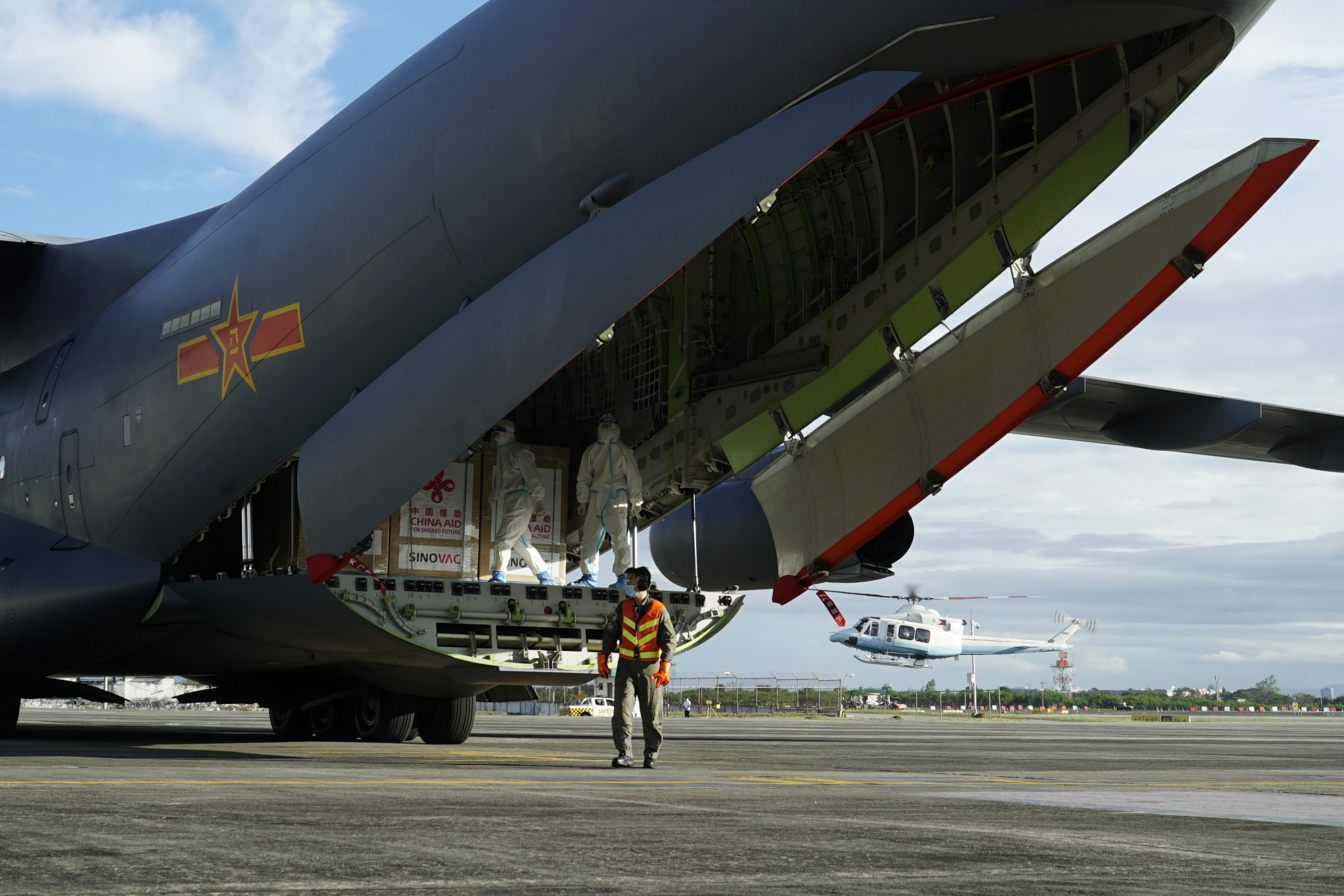 A reporter from the Chinese state-controlled broadcaster CCTV asked Duterte for his comment on China’s commitment to make their vaccines a “global public good” and on China’s vaccine donations to other countries.

Duterte responded that China has a good spirit, its people are kind, and that they donated vaccines to poorer countries. He then said, “But the protocol was you have to get the vaccine in China using your own transportation…. The Philippines, as of now, is the only country where China delivered using a military plane the vaccines to the Philippines. That is how good China is to us.” This claim is false. China delivered Sinopharm vaccines to Cambodia via their own military plane on February 7.

A report by the Associated Press, published on February 7, said that the Sinopharm vaccine was carried to Phnom Penh International Airport by a Chinese Air Force flight.

A ​report on the South China Morning Post, also dated February 7, said that the People’s Liberation Army (PLA), or China’s armed forces, delivered a batch of COVID-19 vaccines to the Royal Cambodian Army that day.

Kyodo News, a news agency based in Tokyo, also reported on the delivery of the vaccines via Chinese military aircraft on February 7.

The Philippines received its first batch of COVID-19 vaccines, 600,000 doses of Sinovac’s CoronaVac, on February 28. The delivery by the PLA via a transport plane was witnessed by President Duterte, Health Secretary Francisco Duque III, and vaccine czar Carlito Galvez Jr at the Villamor Air Base. – Vernise Tantuco/Rappler.com