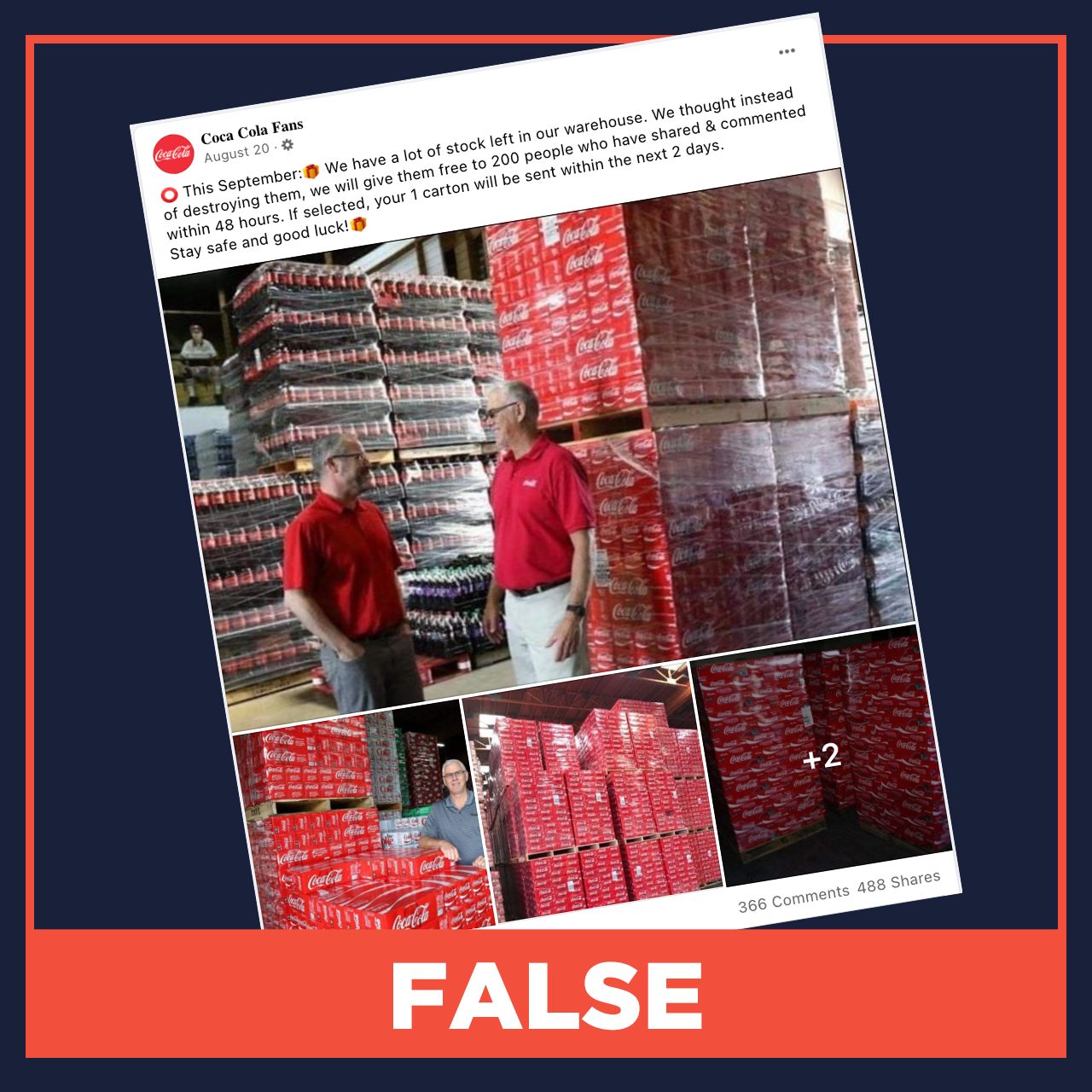 Facebook Twitter Copy URL
Copied
The Facebook page that posted the offer is fake. Coca-Cola Philippines urges the public to keep an eye on the promos they receive.

Facebook page “Coca-Cola Fans” posted photos that falsely claimed that Coca-Cola would give a carton of Coca-Cola products to 200 selected people who would share and comment on the post. The page repeatedly posted this claim from August 20 to 21.

One of the posts has 334 reactions, 366 comments, and 488 shares, as of writing. The claim was sent to the “Fact-Checking in the Philippines” Facebook group for verification.

(The trademark and the various brands of the Coca-Cola Company are not associated with any SMS or email promos circulating on the internet that asks for sensitive information before redeeming prizes.)

Coca-Cola Philippines also urged the public to keep an eye on the promos they receive via SMS and email, and warned customers against providing personal details.

There are also no news reports from legitimate news organizations about the said giveaway. For more information about Coca-Cola’s official promotions, refer to its official website, and its verified Facebook, Twitter, and Instagram accounts. – Owenh Toledo/Rappler.com