Facebook Twitter Copy URL
Copied
Presidential Spokesperson Harry Roque dismisses the quote as false. There are also no statements or reports that prove he made the statement.

Multiple Facebook accounts and pages falsely attribute a statement to Presidential Spokesperson Harry Roque, which says that Filipinos should thank China and President Rodrigo Duterte for the first Olympic gold medal of the Philippines. The fake quote card has been circulating on social media since July 28.

This claim is false. Roque did not say the quote attributed to him.

In a Facebook post on July 30, Roque dismissed the quote card as fake. The closest statement that Roque had made about Diaz’s victory was during a press briefing on July 27. 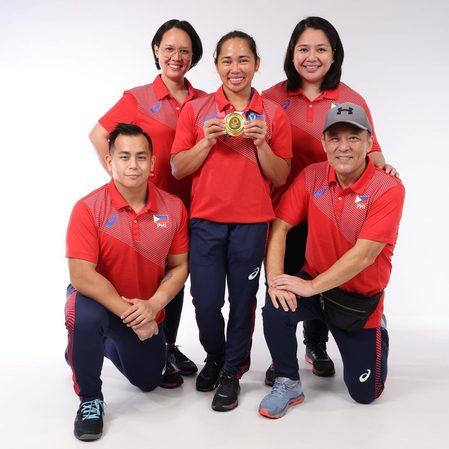 Rappler also found no official statements, reports, audio, or video that prove Roque said the quote in question. There are also no news reports from any legitimate news outfit that quoted Roque as saying that Duterte and China are to thank for the country’s first Olympic gold.

Diaz made history as the Philippines’ first Olympic gold medalist during the Tokyo 2020 Olympics weightlifting competition on July 26. The Philippines took home four medals from the Tokyo Olympics: one gold, two silvers, and one bronze. – Owenh Toledo/Rappler.com