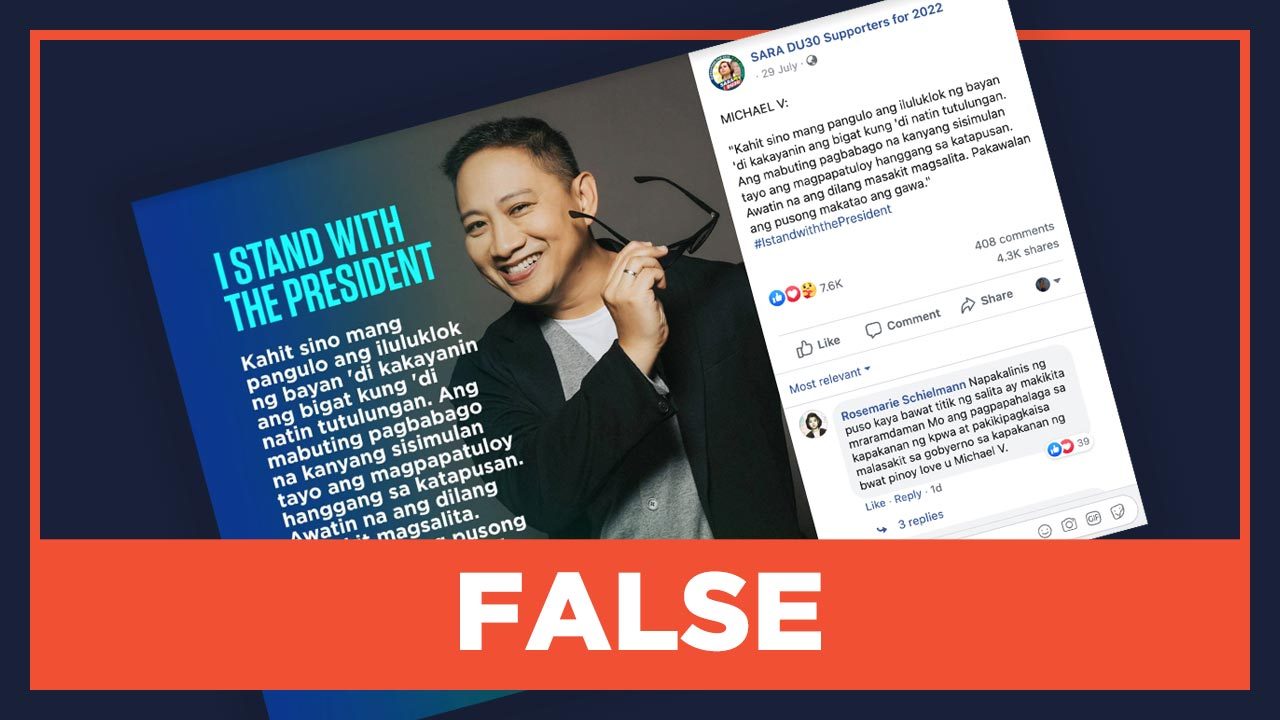 (Congressman Marcoleta passed a bill to remove crucifixes from hospitals because he believes they are symbols of Catholicism.)

At least 5 other Facebook pages, including Definitely Filipino, Kicker Daily News, and Brigada News San Carlos posted similar claims – some of which, including I Love Antique’s, are credited to tabloid website Abante.

Rappler reached out to I Love Antique, but it stood by Abante as its source.

The facts: Marcoleta authored House Bill 4633 or the Neutrality of Religion in Health Care Institutions bill, which proposes that “the hanging of religious mementos, such as crucifixes, in hospital suites [will be] optional.”

Under the bill, patients would have the right to decide whether the room or suite assigned to them should bear religious mementos.

The bill makes no proposal directly requiring hospitals to remove crucifixes from their facilities.

While Marcoleta indeed wrote in his explanatory note that he thinks crucifixes are the symbol of Catholicism and the presence of crucifixes in “many local hospital suites” could make a non-Catholic patient uncomfortable, he proposed that the hanging of such mementos should be “a matter of option.”

While there are opinion articles on PhilStar.com and Daily Tribune on Marcoleta’s bill, no credible news sites reported what has been attributed to Marcoleta.

The bill remains pending with the House committee on health.

Marcoleta is a member of the Iglesia ni Cristo church. – Michelle Abad/Rappler.com