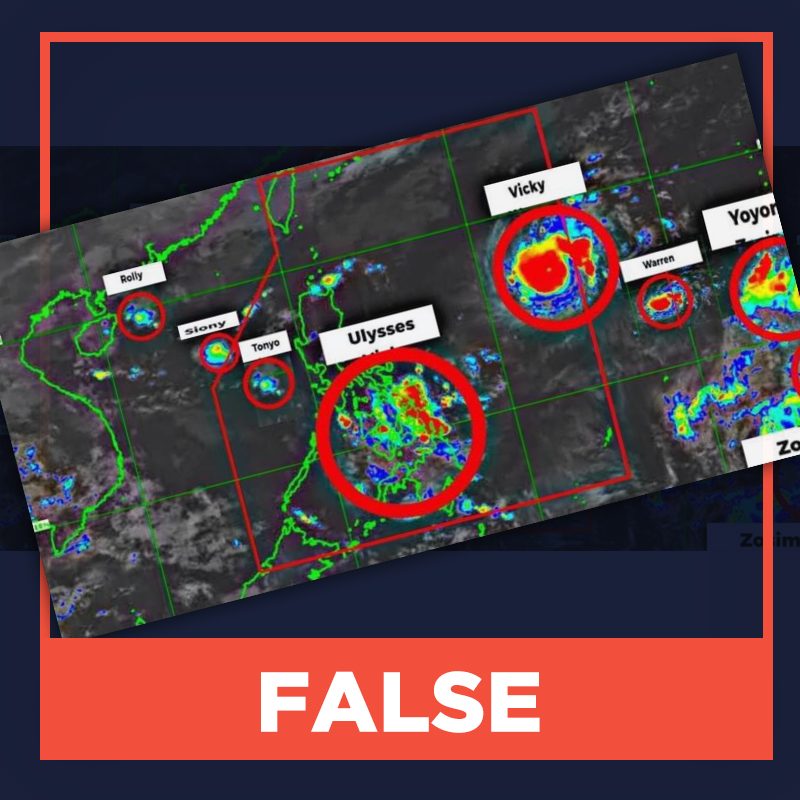 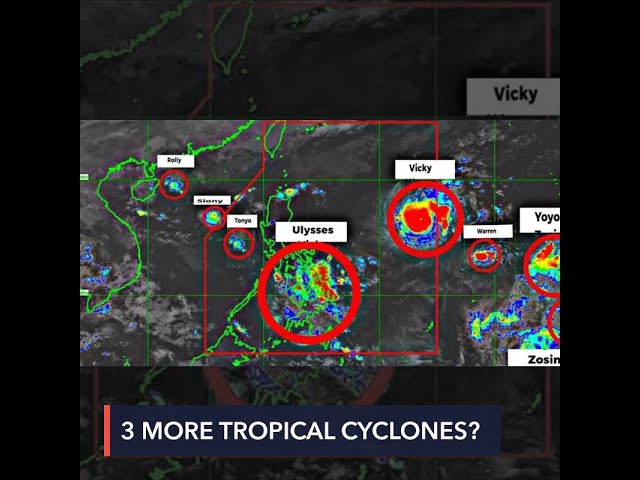 This claim was emailed to Rappler for verification. As of writing, it has 512 reactions, 27 comments, and 961 shares.

These claims are false. The Philippine Atmospheric, Geophysical, and Astronomical Services Administration (PAGASA) has not detected any other tropical cyclone that could affect the country as of 11 am on November 13. Satellite imagery taken on November 11 and November 12 also have no similarities with the picture posted by Riego.

In a press briefing aired at 5 pm on November 12, PAGASA Weather Specialist Ariel Rojas said that so far, they have not detected any other weather disturbance that could affect the country. However, he added that they forecast 3 tropical cyclones in November. Rojas said that this number has already been reached midway through November, so it is possible for one or two more tropical cyclones to hit the country within the month.

A satellite image of the Philippines from the National Oceanic and Atmospheric Administration taken at 5:30 am on November 11 shows that Typhoon Ulysses (Vamco) is much bigger than it is in Riego’s picture. Another satellite image of the country from PAGASA taken at 5:20 pm on November 12 also does not bear any similarities to Riego’s photo. Both pictures do not show 4 tropical cyclones inside or on the way to the PAR and another 3 exiting the country.

According to Gerry Bagtasa, a professor at the University of the Philippines-Diliman Institute of Environmental Science and Meteorology, the image in the post appears edited. Bagtasa told Rappler in an email that tropical cyclones (TC) are distinctive in a satellite image, because the TC itself has a cloud field and non-cloudy conditions around it.

“In the image, there are several cloud spots in the West Philippine Sea, those are not TCs, the clouds in Visayas is not Ulysses and not a TC as well, the ‘Vicky’ and ‘Warren’ look like TCs, but TCs cannot be that close to each other, that’s why I think the photo is edited,” Bagtasa said. He also said that although consecutive TCs are not rare, they would still be a few days apart.

The names Vicky, Warren, Yoyong, and Zosimo are part of the official TC names given by PAGASA for 2020. However, PAGASA only gives local names to tropical cyclones when they enter or form inside the Philippine Area of Responsibility.

Ulysses left the PAR at 9:30 am on Friday, November 13. – with reports from Margarita Gonzalez and Vernise Tantuco/Rappler.com