FALSE: Robredo says PH wrapped in darkness, she is ready to become president 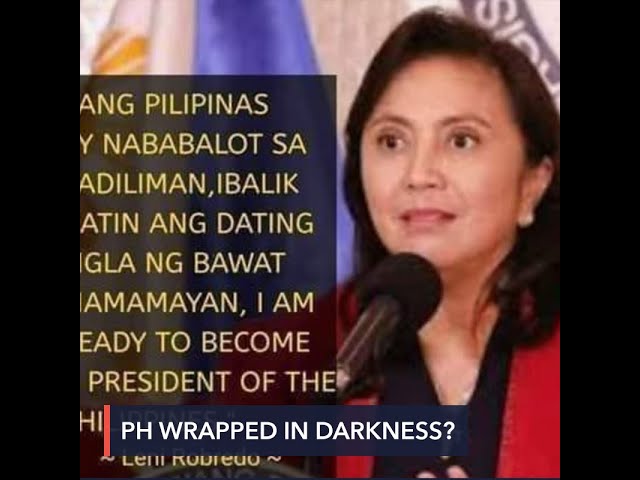 Vice President Leni Robredo supposedly said that the Philippines is wrapped in darkness, we must bring each Filipino back to life, and she is ready to become president of the Philippines.

There are no records of Robredo saying the full quote in the post. In a Viber message, the OVP also denied that Robredo ever said the quote posted on “LABAN PINAS.”

Robredo has said similar things in the past, but never all at once.

Robredo also said in previous interviews that she’s ready to take over the presidency should anything happen to President Rodrigo Duterte, as it is part of her role as vice president.

In an episode of GMA News’ segment “Quarantined with Howie Severino,” which aired on September 15, Robredo said in a mix of English and Filipino that she was ready to succeed Duterte should the need arise: “I’ve been ready since I was elected Vice President. And the last 4 years, I made sure that I’ve been studying. We don’t want any eventuality to happen, but that’s my obligation if something happens.” – Vernise Tantuco/Rappler.com