FALSE: Locsin says Robredo not essential, not a loss to PH 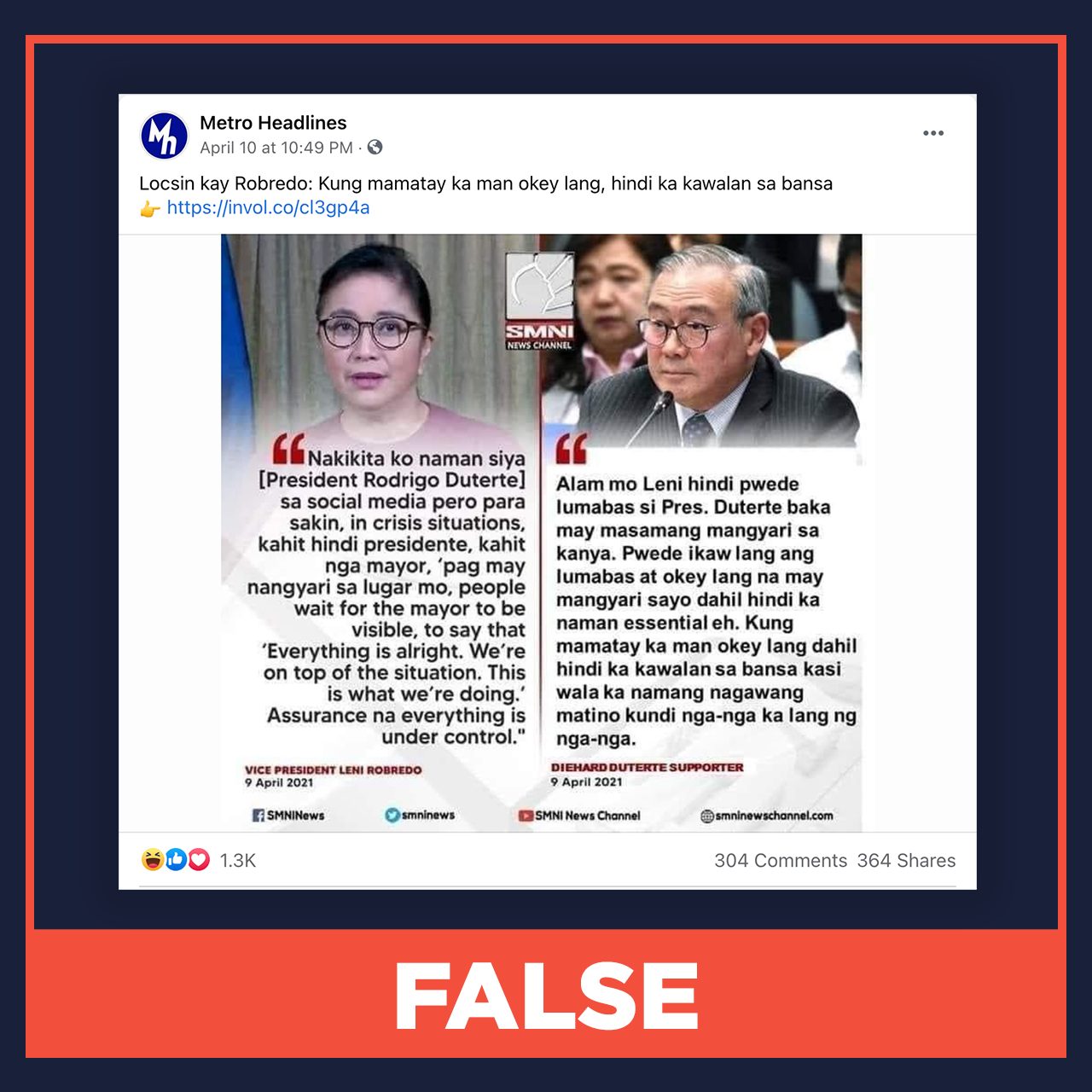 Facebook page “Metro Headlines” posted a graphic on Saturday, April 10, that falsely attributed a statement to Foreign Secretary Teodoro Locsin Jr as saying that Vice President Leni Robredo is not a loss to the country because she has not done anything for the good of the Philippines. 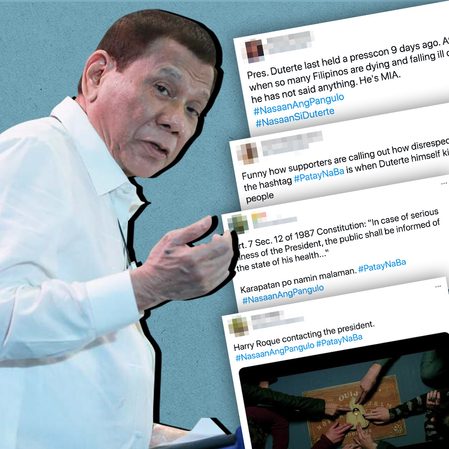 (You know, Leni, President Duterte can’t go out because something bad might happen to him. Why don’t you go out instead? Anyway, it’s okay if something happens to you because you’re not essential. It’s okay if you die because you have not done anything good for the country.)

On Sunday, April 11, the official Twitter account of SMNI News Channel said the use of their logo in the false graphic was “unauthorized” and was a “misrepresentation.” The news organization included the original quote card that they released on Friday, April 9, which had a different statement attributed to Locsin.

The original quote from Locsin was a reply to Robredo: “Well, Ma’am, there he is, working; and he goes through every page of all the papers; a habit from his days as a litigation lawyer/prosecution. Even I just glance.”

On his verified Twitter account, Locsin also denied saying the false quote attributed to him. On Monday, April 12, Locsin responded to a tweet asking about the veracity of the quote card from “Metro Headlines.” He said that the graphic “was and is, in fact, FAKE.”

The graphic from “Metro Headlines” has over 1,300 reactions, 364 shares, and 304 comments as of writing. The post included a link to a website, but it only redirected to Lazada, an online shopping platform. – Pauline Macaraeg/Rappler.com