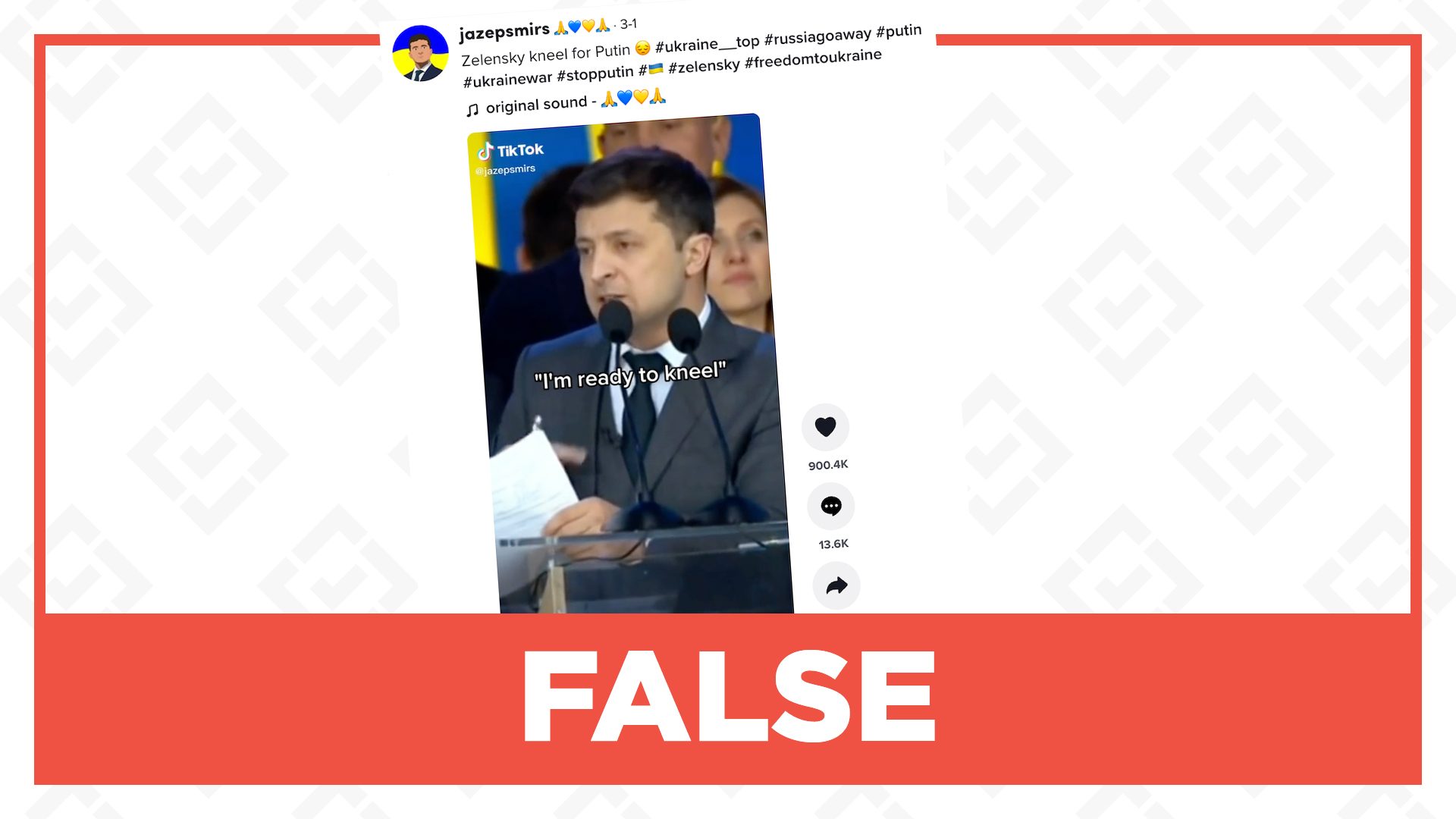 Facebook Twitter Copy URL
Copied
The video is from 2019, when Zelenskiy was still a presidential candidate. He was kneeling to honor families of Ukrainian soldiers who died in Donbas because of the Russia-Ukraine war.

He then knelt in front of the audience. Another man also knelt beside him, but with his back against the audience.

The TikTok video had the following caption: “Zelensky kneel for Putin.”

The video was taken during the 2019 presidential debate at the National Sports Complex Olimpiyskiy Stadium in Kyiv, Ukraine.

The Kyiv Post’s live update of the event published on April 19, 2019, said that Zelenskiy was clarifying his previous remark about kneeling to negotiate a peace deal with Russia. Zelenskiy’s gesture, according to another Kyiv Post report, was done to honor the relatives of Ukrainian soldiers who were killed in eastern Donbas.

This is supported by a Reuters article. Accordingly, Zelenskiy and the other man, identified as his rival for the 2019 presidency post and then-Ukraine president Petro Poroshenko, knelt on stage in honor of Ukrainian soldiers who died “in the country’s simmering 5-year war with Russian-backed separatists.”

Furthermore, radio broadcasting organization Radio Free Europe provided a slightly different translation from the TikTok video, reporting that Zelenskiy said he was “ready and will now go down on my knees before every child who waited but never saw his father return, I am ready to kneel before every woman who waited but never saw her husband return.”

Meanwhile, Russia and Ukraine are still at war after Putin announced on February 24 Russia’s military invasion of Ukraine. Amidst this, Zelenskiy has said in a video that he has stayed in Kyiv to defend Ukraine’s independence. – Ellen Dee Dego/Rappler.com