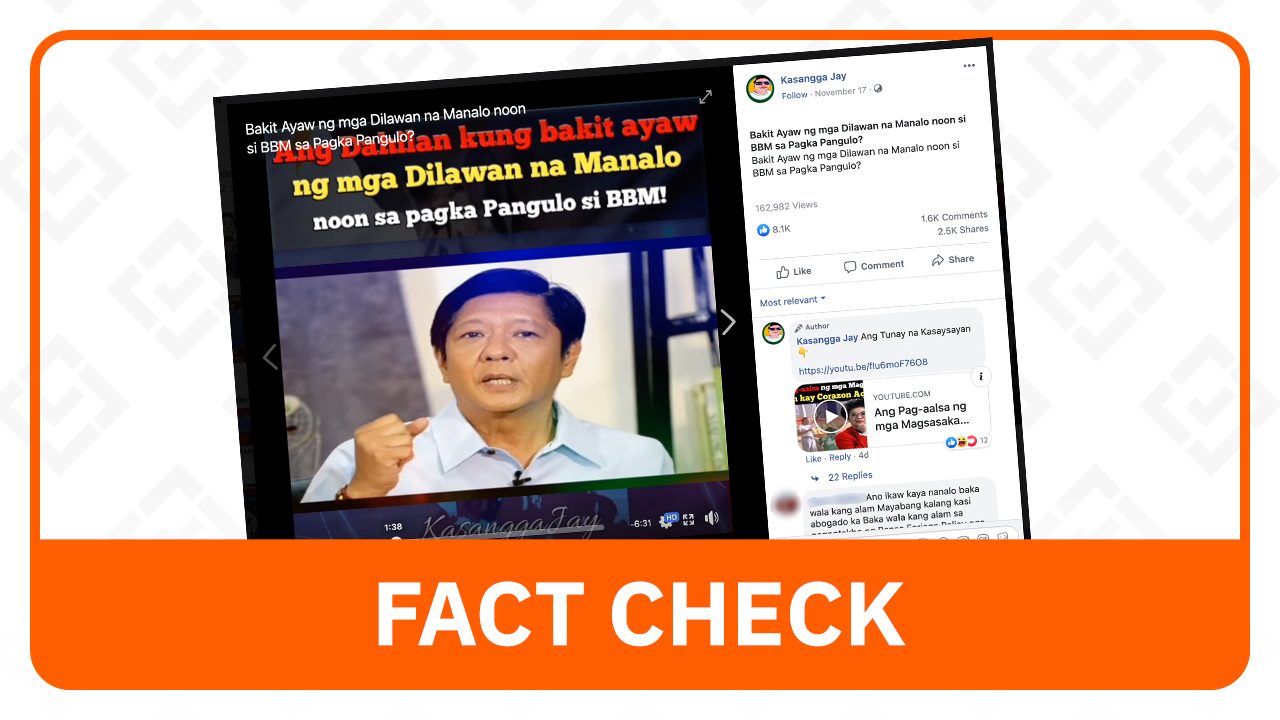 (The truth was revealed about the global debt facility of the World Bank and the IMF, that it is apparently the property of the Philippines, set up by Marcos for all Filipinos.)

Why we fact-checked this: The Facebook video posted by Kasangga Jay last November 17 has over 8,100 reactions, 1,600 comments, 2,500 shares, and 162,982 views, as of writing. The video asserted that one of the reasons “dilawan” critics opposed another Marcos presidency was because of the mentioned false claim.

The bottom line: Both the IMF and the World Bank were established in 1944 at the Bretton Woods conference. The former aims to stabilize the international monetary system by providing loans to member countries that have difficulty meeting their debt obligations. The latter provides financing, policy advice, and technical assistance to governments of developing countries.

They are not owned by a single country, nor were they established by the late dictator Marcos.

Unrelated terms: The term “global debt facility” does not appear in both the World Bank and the IMF’s websites. It is used in the US Federal Home Loan Mortgage Corporation (Freddie Mac)’s global debt facility agreement that allows the corporation to sell debt securities. Its usage has been unrelated to the Philippines.

A book published by the IMF in 1989 mentions a proposal called the international debt facility to give redress to debt-ridden countries. It can buy debts of developing countries. It was proposed as early as 1983, according to the World Bank’s working paper in 1988. There is no indication that it had been implemented, nor that the Philippines has owned one.

Global debt facility has only been used in relation to the Philippines in false claims that had been fact checked by Rappler and PressONE.PH.

Related fact checks: The Rappler fact check debunked the claim that Marcos and Jose Rizal established the World Bank. In the article, the World Bank was dubbed as the “global debt facility.”

Meanwhile, the PressONE.PH fact check debunked the claim that Marcos and Rizal pooled the world’s gold in a trust fund called the “Global Debt Facility.” In both articles, Marcos’ involvement in the establishment of a global debt facility were disproven. – Pola Regalario/Rappler.com