Inside Balay: Who’s who in the Roxas campaign 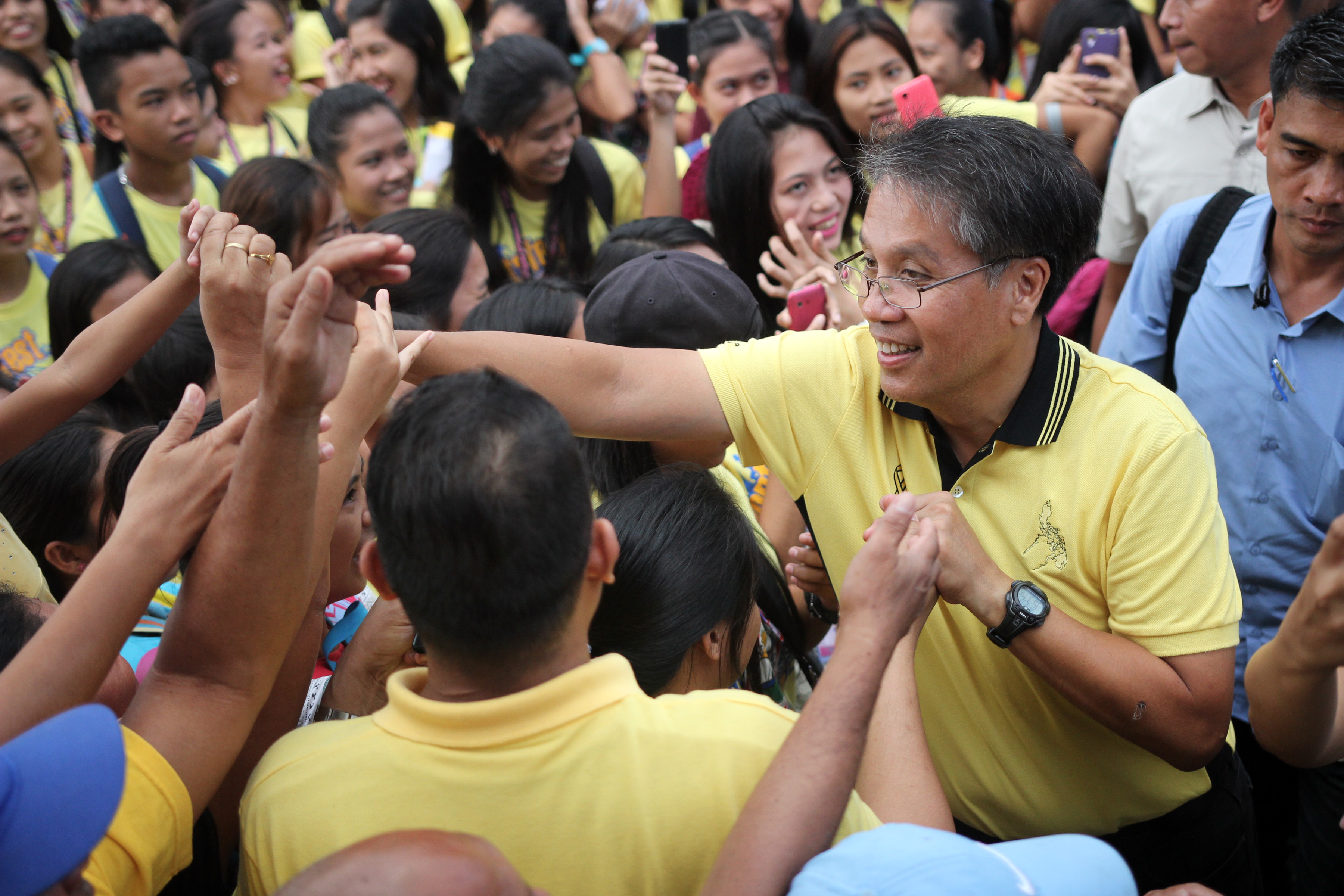 MANILA, Philippines – Liberal Party (LP) standard-bearer Manuel Roxas II calls his supporters the “soldiers” of “Daang Matuwid (Straight Path),” members of a yellow-clad army in an electoral battle that’s shaping up to be one for the books.

But what good are soldiers without generals and commanders who draft war plans, set strategies and plan attacks?

As part of Rappler’s series on the presidential candidates of the 2016 elections, we take a look into the names and personalities behind the sorties around the country, “no drama” ads, and yellow confetti.

Major decisions for the campaign go through both Roxas and an “executive committee” of sorts – the 2- and 3-star generals in the national campaign. Key members include former and current government officials, a family member or two, and party officials.

The group meets every Monday to discuss their plans for the week ahead. Key members of the campaign team of Roxas’ running mate, Camarines Sur Representative Leni Robredo, also attend these Monday meetings to make sure they’re on the same page. 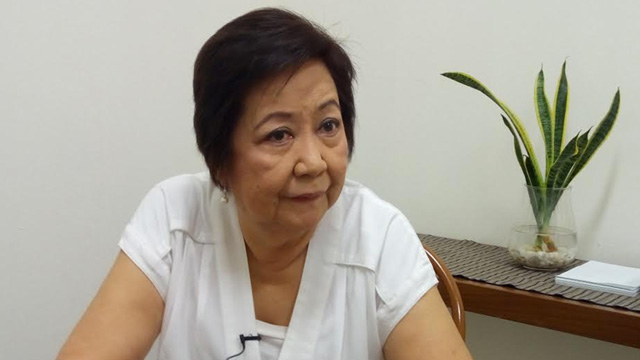 Karina David, a cousin of Roxas’, is in charge of his “non-conventional campaign,” talking to civil society organizations who want to be part of Roxas’ campaign. A former University of the Philippines professor and Civil Service Commission chair, David has years of experience in organizing and working with non-governmental organizations. (PODCAST: Karina David on harnessing ‘people power’ for Roxas’ campaign)

Asked to expound on David’s role, sources within the Roxas camp refer to her as the “taong bahay” inside the LP headquarters, a role she took on even before the LP standard-bearer made his presidential bid official.

Another relative who plays a key, albeit low-profile role in the campaign is older sister Ria Roxas-Ojeda, who primarily oversees campaign finance. Ojeda had the same task during Roxas’ 2010 failed vice presidential bid. She was the “treasurer of the campaign, who also bought the TV spots,” Rappler editors Chay Hofileña and Miriam Grace Go write in “Ambition Destiny Victory.”

Former trade and industry chief Gregory Domingo, a very close friend of Roxas’, helps in finance and fundraising efforts for the campaign. Domingo, President Benigno Aquino III’s trade chief for over 5 years, recently resigned from the post for personal reasons. He was among the key people who flew to Capiz for the LP’s campaign kick-off in Roxas City. 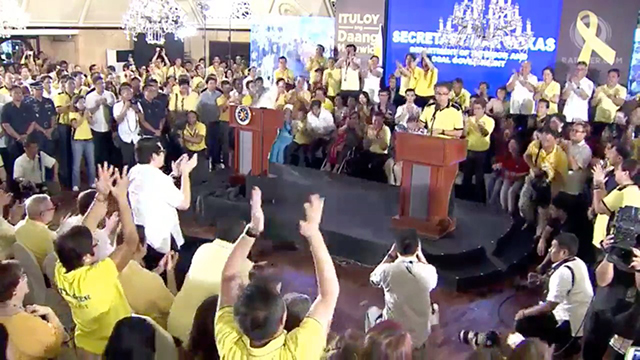 Palace spokesperson Undersecretary Abigail Valte is, thus far, the only Aquino appointee to take a leave of absence from her job to devote her time to the Roxas campaign. “I am in charge of coordinating Communications-related assignments,” Valte told media earlier this year.

Prior to being appointed spokesperson, Valte was also part of the communications team for the Aquino-Roxas 2010 campaign. 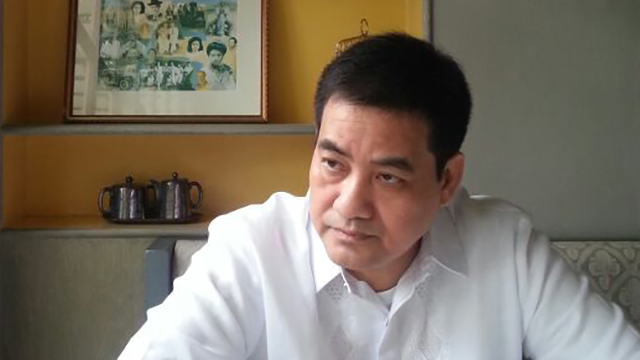 Another Palace spokesman, Secretary Edwin Lacierda, serves as a consultant and key adviser of Roxas in this campaign. Lacierda was spokesman for Aquino and Roxas’ 2010 campaign, and is among the Cabinet officials closest to the LP standard-bearer. The two even go for runs together

Among the Cabinet officials, it’s Lacierda who’s been the most vocal – at least online – in supporting Roxas and Robredo’s campaign.

Roxas’ political opponents have criticized both Lacierda and Valte for moonlighting as Roxas’ spokespersons, a claim they’ve dismissed by saying political appointees, like the President himself, are allowed to campaign. 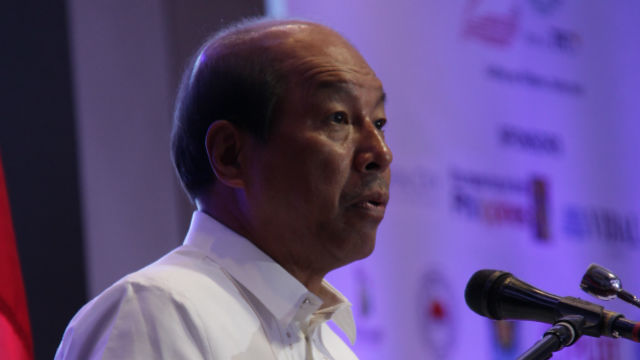 Another Cabinet official playing a major role in the Roxas campaign is Budget Secretary Florencio “Butch” Abad, former LP president and campaign manager during the party’s 2010 campaign. Abad will be more active in the coming weeks compared to his less pronounced role late last year, sources close to the campaign told Rappler. They describe his role now as akin to a campaign manager.

LP chairman for political affairs and spokesman Caloocan Representative Edgar Erice is among Roxas’ closest allies in the party, among those who vouched for him long before the President’s endorsement. 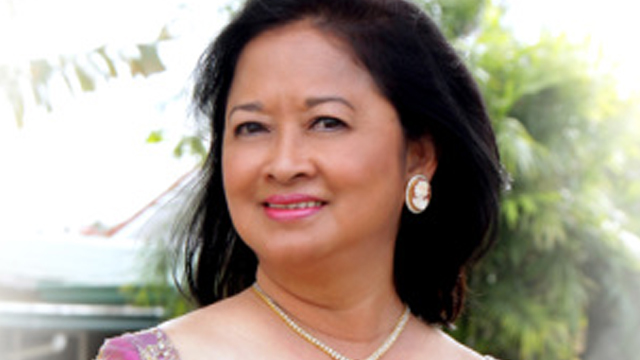 Private persons with close ties to Roxas include businessman Eric Gutierrez, who recently made headlines over supposed favors his mining firm got for his support of the ruling party. Gutierrez owns the planes Roxas uses in his sorties, but these trips are all paid for by Roxas, according to his camp.

A younger Abad also has a significant role in the Roxas campaign.

Luis Abad, son of the Budget secretary, is among Roxas’ youngest and closest aides in the campaign who helps vets the candidate’s schedule, among other tasks. The younger Abad once worked with Roxas in the Senate, was part of his 2010 campaign, before he eventually rejoined government as Finance Secretary Cesar Purisima’s chief-of-staff. 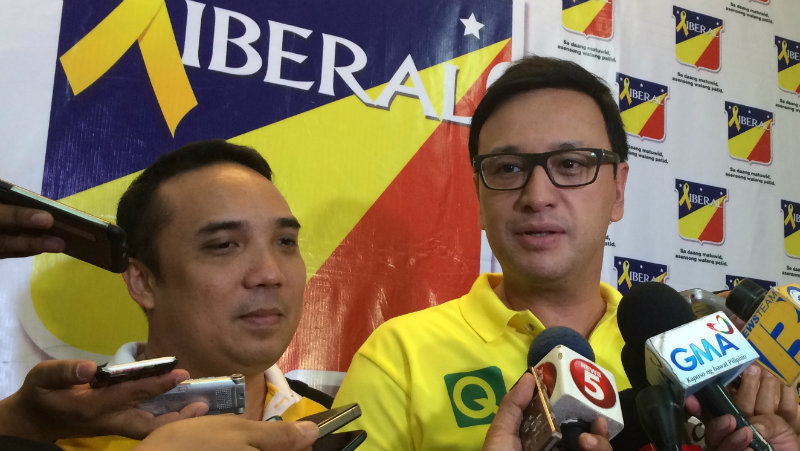 The comms group holds daily “360 briefings” inside the LP headquarters, coalition spokesman Akbayan Representative Ibarra Gutierrez told Rappler in an interview. During those daily briefings, those belonging to the comms group tackle the main stories of the leading dailies, news from the night before, and even issues on social media.

Gutierrez doubles as Roxas’ spokesman, granting media briefings almost daily as Roxas attends sorties around the country. According to Gutierrez, the comms group will eventually evolve into 3 – a social media group, a group for TV and radio, and a group that will handle print media exclusively.

Another spokesman, Marikina Representative Romero Quimbo, doubles as campaign manager for the coalition’s senate slate. He still remains a mouthpiece of the campaign, however, and is thus part of the comms team.

Presidential-spokesperson-on-leave Valte, of course, is also part of the comms group.

Heading media relations is Babes Suva, who has worked with Roxas since his stint as transportation chief.

Advertising for the campaign is handled by Nonoy Gallardo, who was handpicked by Tourism Secretary Ramon Jimenez Jr, who headed advertising efforts for Aquino and Roxas’ 2010 campaign.

The primary mover of the LP’s political operations is its secretary-general, Representative Sato. Talks with local politicians, including alliances forged between those from other political parties, are among her responsibilities.

LP legislators who happen to be unopposed (or at least, are virtually unopposed) in 2016 also play key roles in the campaign, representing Roxas and Robredo in sorties and gatherings. 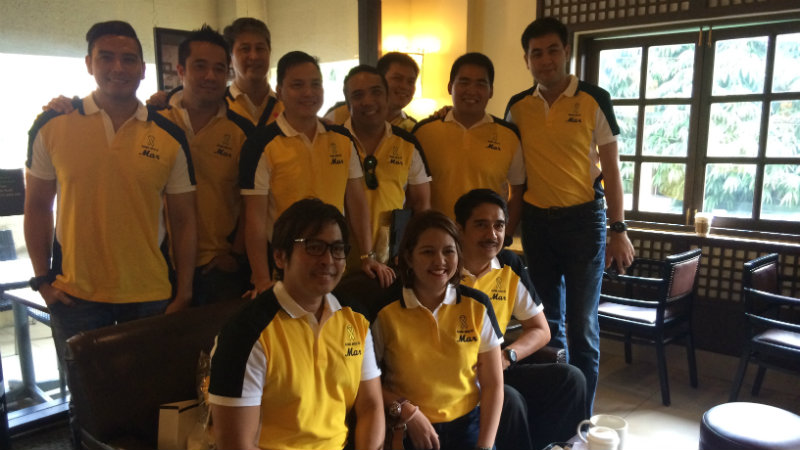 The National Capital Region is traditionally an opposition bailiwick. Roxas lost in Metro Manila when he ran for vice president in 2010. – Rappler.com

Read on the campaign teams of other presidential candidates