Davao Death Squad: What ever happened to the investigations? 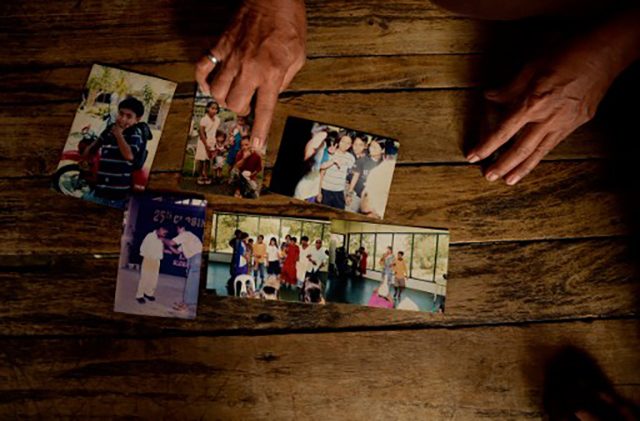 Facebook Twitter Copy URL
Copied
Six years ago, the CHR released a resolution based on its probe into the Davao Death Squad. Were the CHR recommendations followed?

MANILA, Philippines (UPDATED) – President Rodrigo Duterte has been constantly been haunted by the shadow of the Davao Death Squad (DDS) – a vigilante group that international human rights groups alleged to have carried out extrajudicial killings when Duterte was mayor of Davao City.

Such allegations were hurled at Duterte even before his presidential candidacy. He, however, has constantly denied any involvement with the vigilante group, even challenging his critics to directly file a case against him. (READ: Duterte: ‘Am I the death squad? True’)

Duterte even pointed out, in one campaign sortie, that Senator and former justice secretary Leila de Lima failed to file a case against him.

As Commission on Human Rights (CHR) chairperson then, De Lima initiated a probe into the Davao City mayor’s involvement with the DDS, which has been accused of carrying out at least 1,000 summary killings.

In 2012, CHR released a resolution stating that it found “probable cause” and recommended that the Office of the Ombudsman investigate the “possible administrative and criminal liability” of Duterte in relation to the numerous killings under his watch as Davao City mayor.

Thursday, June 28, marks 6 years since the CHR resolution on the DDS was released. What has happened since?

In 2009, CHR conducted public hearings in Davao City on the killings between 2005 to 2009 attributed to the DDS.

It identified 206 deaths attributable to the DDS within this period – with 157 victims shot.

At least 107 victims between 2005 to 2009 had records or were suspected to have been involved in illegal activities. However, there were several instances of mistaken identity.

A report by Human Rights Watch (HRW) in 2009 identified Jaypee Larosa as a victim of mistaken identity. The 20-year-old was gunned down on July 17, 2008 by “three men in dark jackets who had arrived on a motorcycle” while he was in a neighbor Internet cafe.

However, according to witnesses, one gunman was overheard saying in Filipino, “Son of a bitch, this is not the one.” Larosa, a young man with no criminal record and who lived in one of Davao City’s quiet residential neighborhoods, was reportedly mistaken for a suspected robber.

The roster of victims also included minors, including 3 of Clarita Alia’s 4 sons.

CHR also found a “distinct pattern” of killings – victims “usually involved or suspected to have been involved” in illegal activities were gunned down by men riding motorcycles.

Despite this, Duterte denied that the killings were carried out by a particular group. He said that any government employee or military/police personnel involved were doing it on their own.

However, the use of .45 caliber handguns – which are “expensive” – was an indication of the “officially-sanctioned character of the killings,” according to the United Nations (UN) Special Rapporteur on the Extrajudicial, Summary, or Arbitrary Executions.

Despite constant denial and “dearth of evidence to support a finding of direct compliance,” the Commission pointed out the “systematic failure” of local government officials and police to conduct in-depth investigations into the local killings.

In fact, a senior police officer told CHR, only 24.59% percent of killings between January and August 2009 were “solved.”

The CHR resolution concluded that the local government is liable as it did not adopt reasonable measures despite knowledge of “a real and immediate threat.”

‘The continuing pattern of killings and the failure to conduct a meaningful investigation of such incidents can be construed as tolerance on the part of the authorities of the crimes, thereby contributing to the climate of impunity.’

– Commission on Human Rights on the Davao Death Squad

As the local chief executive and deputized National Police Commission (Napolcom) representative, Duterte “clearly disregarded” the information available on the killings committed in his jurisdiction.

“The continuing pattern of killings and the failure to conduct a meaningful investigation of such incidents can be construed as tolerance on the part of the authorities of the crimes, thereby contributing to the climate of impunity,” the CHR added.

As early as 2005, even the US embassy had taken notice of the rise of vigilante killings in several areas in the Philippines – specifically in Davao City and Cebu City. Based on what the embassy had heard, the report said the killings “seem very popular with the publics in Davao and Cebu.”

The report also said, “Mayors Duterte and [Tomas] Osmeña clearly condone the killings – which have not hurt their political standing in the slightest and apparently given them some bounce in popularity.”

The CHR came up with recommendations based on the results of its probe. However, 4 years on, little is known about what happened since.

The Office of the Ombudsman, according to the CHR in its resolution, should investigate the “possible administrative and criminal liability of Duterte for his inaction in the face of evidence of numerous killings committed in Davao City and his toleration of the commission of those offenses.”

Prior to the CHR resolution, the Office of the Ombudsman in March 2012 found 21 police officers guilty of simple neglect of duty in relation to the vigilante killings, recommending penalties ranging from one month suspension to a fine equivalent to a month’s salary.

According to the Ombudsman, the “unusually high number of unsolved killings” was evidence that the local police force were “remiss in their duty.” (READ: Ombudsman suspends cops for ‘Davao Death Squad’ killings)

However, in a statement released in 2015, HRW hit the Ombudsman for limiting its investigations to the police officers implicated “and not Duterte himself.”

But according to a letter sent to CHR by the Office of the Ombudsman dated January 15, 2016 obtained by Rappler, the investigations on the DDS have been “closed and terminated.”

The letter cited a fact-finding report dated May 5, 2014 submitted by the Field Investigation Office to Overall Deputy Ombudsman Arthur Carandang. The report quoted then CHR Region XI Director Alberto Sipaco Jr as saying that his office does not have any proof that the death squad does exist. The field investigation office also echoed Sipaco’s statement that the allegations remain as “chismis and other gossips.”

But in 2009, Sipaco, a member of Duterte’s fraternity Lex Talionis, told then-United States ambassador to the Philippines Kristie Kenny that Duterte knew about the killings and permits them, according to a confidential cable published by WikiLeaks. (READ: Duterte ‘admitted complicity’ in Davao killings – WikiLeaks)

DOJ: ‘Difficult to do anything’

CHR recommended through the 2012 resolution the conduct of a “serious, impartial, and effective investigation” by several government agencies into the deaths attributed to the DDS to prosecute people responsible.

These investigations, the commission added, should include the “possible omissions, negligence, and obstructions of justice” done by the local government officials and police force.

In May 2016, the Department of Justice (DOJ) announced that the probe had halted as the sole witness had left the government’s Witness Protection Program (WPP).

“It’s very difficult to proceed on that basis,” he said in a press conference in May. “There are affidavits but if you want to confirm the affidavit, you have to talk to the witness. But the witness is not there.”

De Lima, meanwhile, said on May 22 that the witness had asked to leave the program when she stepped down from office in October 2015.

The decision of the witness, according to the senator, was “definitely in reaction to Duterte’s victory.”

Probing DDS under the new admin

Investigations into the existence of the Davao Death Squad took a new turn in 2016 with the confessions of two former alleged members.

Self-confessed hitman Edgar Matobato surfaced before a Senate hearing in September 2016 and accused Duterte and his son, Davao Vice Mayor Paolo Duterte of behind some of the killings carried out by the death squad. (READ: ‘Killed for no reason’: Matobato’s claims on the Davao Death Squad) Retired Davao policeman Arturo “Arthur” Lascañas, meanwhile, did a 180-degree turn and retracted his previous denials. He corroborated earlier claims by Matobato on the involvement of Duterte in killings, adding that they received P20,000 to P100,000 per hit.

But the Senate hearings on these confessions resulted to nothing. According to senators, there are still no evidence pertaining to the existence of the DDS and Duterte’s involvement, despite the other 4 witnesses who gave their testimonies in 2009. (READ: Lascañas, Matobato were not the first DDS whistle-blowers)

CHR, meanwhile, formed a new team to investigate the claims of Matobato and Lascañas. – Rappler.com