Jul 6, 2016 5:46 PM PHT
Jodesz Gavilan
Facebook Twitter Copy URL
Copied
In 2015, there were a total of 5,402 people admitted to residential treatment and rehabilitation centers (both government and private). This is higher than 2014's 4,160 cases. 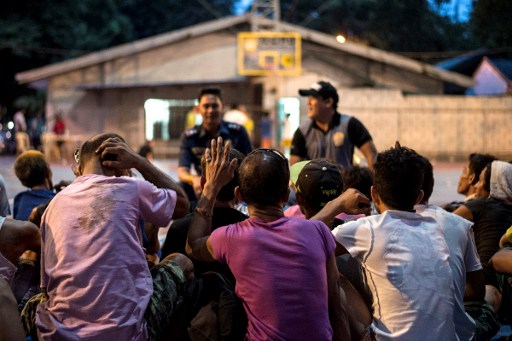 MANILA, Philippines – The increasing number of surrendering drug users in the Philippines poses a “happy problem”, but the Dangerous Drugs Board (DDB) admits that their intervention programs may suffer if no support is immediately given to agencies involved.

According to Assistant Secretary Benjamin Reyes, Deputy Director for Operations of DDB, government drug treatment and rehabilitation centers are “still coping” but it might soon lead to problems.

“We are afraid that if the trend continues, magkakaproblema tayo (We’ll face problems),” he told Rappler. “The quality of the services will suffer.”

The recent “boom” of drug users who voluntarily go to authorities has been brought about by President Rodrigo Duterte’s hard stance against illegal drugs. Fearing for their lives, drug users surrender themselves to the police. (READ: Drug suspects killings rise after Duterte victory)

DDB chairperson Felipe Rojas Jr, meanwhile, believes that pushers and users giving themselves up is a good thing as they have taken the first step to stop their illegal activities.

“Drug users coming to use and voluntarily submitting themselves to treatment and rehabilitation is a welcome change,” he said

Reyes, however, said that they’ve already noticed the number increasing even during the campaign period.

(We already received warnings and reports even during the campaign season. For example, in Misamis Occidental, we were surprised that suddenly, they admitted 34 patients in one day. That’s highly unusual since in that area, two patients a month is already high.)

In one of Metro Manila’s main government treatment and rehab centers in Bicutan, meanwhile, the usual number of one to two patients admitted a week has turned into 5 a day.

In 2015, there were a total of 5,402 people admitted to residential treatment and rehabilitation centers (both government and private). Out of this number, 4,314 were new admissions while 1,077 were readmission cases.

DDB expects the number of admitted drug users to be higher in 2016.

“We expected this at na-anticipate naman ng Department of Health (DOH) ang increase (We expected this and DOH anticipated it),” Reyes said. “Although I’m sure it’s taxing for our people and the program will be affected. But we have to provide services and we cannot turn away people.”

“As long as they seek treatment, we will provide them treatment, as much as we can,” he added.

Republic Act 9165, or the Comprehensive Dangerous Drugs Act of 2002, says that drug users can “voluntarily submit to treatment and rehabilitation.”

Under the law, a drug user who wants to undergo treatment has to secure a police and court clearance to be submitted to DDB or DDB representative.

(We need a police clearance because there are those who might just be running away from the law. If we see that he has a pending case, sorry, you need to deal with your problems first.)

However, not all drug users need to be admitted to centers. According to Reyes, some may just avail of outpatient procedures depending on the “level” of drug use. 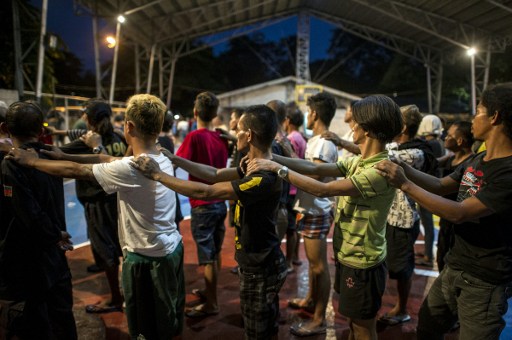 The appropriate intervention is determined through the Drug Dependency Examination (DDE) done by an accredited physician. Reyes explained that there are 4 levels: (1) experimenter, (2) social creational user, (3) habitual user, (4) drug abuser, and (5) drug dependent.

Those identified to be on the 4th and 5th levels can then be admitted to residential rehabilitation centers. Meanwhile, those tagged as being from 1st to 3rd levels need not undergo an institution-based treatment in out-patient centers such as counseling.

Unfortunately, drug rehabilitation in the country has been least prioritized in the past years, leaving them with less resources and logistics to be tapped as they face a sudden influx of people seeking treatment. This is also the reason why other policies of DDB, according to Reyes, have not been totally implemented.

While the responsibility of funding these government centers fall in the hands of the health department, DDB is expected to provide support especially at the height of Duterte’s anti-drugs campaign.

“May special fund ang DDB so we also support the subsistence of rehabilitation centers,” Reyes said. “Katulad niyan, may biglang boom, susuportahan namin kahit na maliit na halaga lamang (Like that, there’s a sudden boom, we’ll support even with a little amount only).”

DOH, according to him, can augment income from hospitals and can tap the budget of other programs.

(DOH has a big budget so they can augment what’s lacking using the programs that aren’t running in the meantime. They can prioritize this first since it’s already a crisis situation.)

Moving forward, Reyes said that DDB and DOH are looking into tapping other sectors to help in counseling users who don’t need to enter a rehabilitation center. Among these are faith-based and support organizations such as Narcotics Anonymous that are duly-accredited by DOH.

“Participation of all LGUs and also the help of organizations with the capacity to provide treatment and care services for people who use drugs is crucial in addressing what we now regard as a happy problem,” he said. 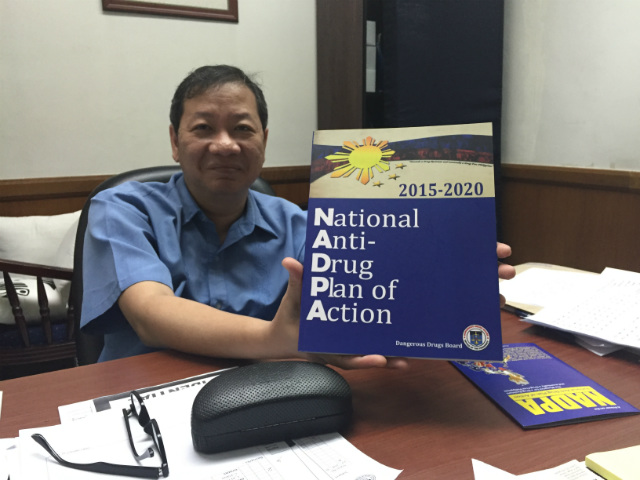 The Treatment and Rehabilitation Committee (TRC) chaired by the DOH is set to convene in July to address the concerns that come with the sudden influx of treatment seekers.

It is important to address the people as they, according to Reyes, can still change and again be a better part of society, saying that drug abuse “is a disease and should be treated as such.”

“We acknowledge the fact that drug users, drug dependents, they can recover,” he emphasized. “Ang dami naming alam na nag-recover naman. It’s just that mali lang ang timing na sabay-sabay sila ngayon nagpa-rehab (We know a lot of people who were able to recover. It’s just that it’s a wrong time that they all sought to enter rehab at the same time).”

Reyes, however, looks forward to the bigger support being given by the current administration.

(I think with the Duterte administration, they’ll be able to focus since their platform is really anti-drugs. I hope they’ll really prioritize this.) – Rappler.com