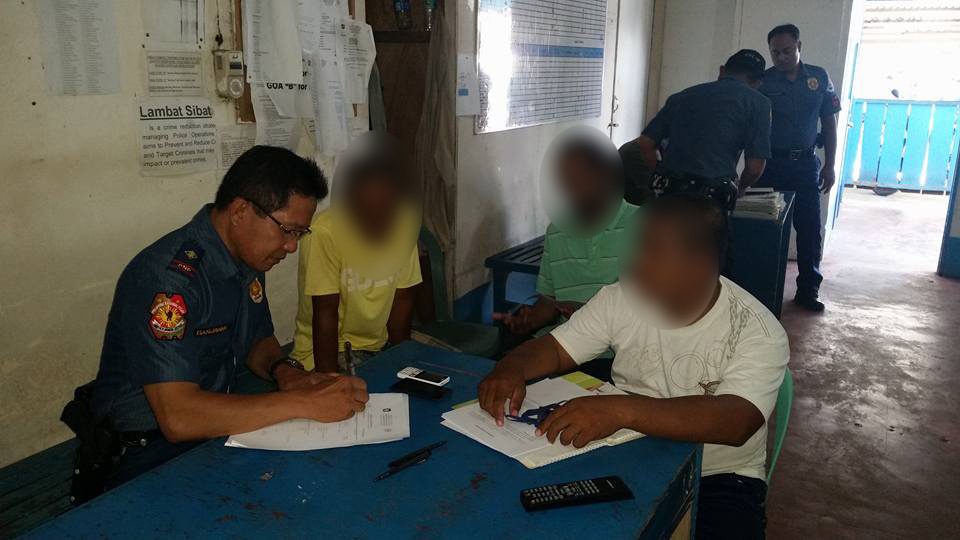 MANILA, Philippines – Even before he became chief executive, President Rodrigo Duterte had vowed a bloody war against drugs.

But just weeks since he assumed office, the unrelenting campaign that has seen hundreds killed – including, some say, innocent victims of vigilante killings – continues to catch government officials by surprise.

The surge in the number of drug users voluntarily turning themselves in was unexpected, law enforcers admit. The Dangerous Drugs Board (DDB) calls it a “happy surprise.” But with around 600,000 surrenderees – and less than 50 rehabilitation centers around the country – the government’s resources are not enough to provide adequate medical treatment to the drug users needing rehabilitation.

The government is now turning to a community-based approach that will bring in non-governmental organizations (NGOs), the private sector, and the barangays (villages) together to address the drug problem.

Last month, various government departments came together to form an inter-agency task force that would craft and implement a nationwide drug rehabilitation program.

This program consists of 3 stages:

The 3-pronged approach, according to Department of the Interior and Local Government (DILG) Undersecretary John Castriciones, emphasizes that drug dependents are not criminals, but patients needing medical help.

“There has to be a different perspective now on how we deal with these so-called drug surrenderees, because for so long a time, they have been classified as criminals because they have violated the law,” he said.

“But the problem is, this is the only kind of sickness that prescribes imprisonment for the people who are afflicted with this kind of problem…We look at them that way, that they are also sick people. So what needs to be done is, they should be given the treatment so they would be cured, and then they can go back to society,” he added.

The first stage is profiling, led by the Department of Health (DOH) with members from the DDB, local government units (LGUs), Department of Education (DepEd), DILG, and Philippine Drug Enforcement Agency.

This cluster will handle the profiling, screening, and testing of drug users to determine the severity of their drug problem and the appropriate interventions they will need. Funding will come from each agency’s budget, with a P500-million budget from the Philippine Amusement and Gaming Corporation (Pagcor).

The next stage, rehabilitation, is where the difficulty lies. While some patients, especially those who are only experimenters or habitual users, can be admitted to outpatient facilities, drug abusers and drug dependents need to be admitted to residential rehabilitation centers – and the Philippines doesn’t have enough of them.

There are only 45 residential treatment and rehabilitation centers in the country, according to DDB. Of this number, 18 are government-funded while 27 are privately-owned.

Aside from the lack of facilities, the cost of the treatment itself is prohibitive: private rehabilitation centers charge around P45,000 a month, while government-owned centers charge half that. But with a minimum of 6 months’ treatment, a drug user looking to undergo treatment can expect to shell out at least P120,000, exclusive of medicine costs and other fees. Until more affordable treatment centers are built, Castriciones said the government needs a short-term solution to help drug users recover – and this is where community networks come in.

The inter-agency task force’s rehabilitation cluster will be led by the Ugnayan ng Barangay at Simbahan (Ubas), with members from the Department of Social Welfare and Development (DSWD), Technical Education and Skills Authority (Tesda), Philippine National Police, Department of the Environment and Natural Resources, NGOs, DILG, DDB, DOH, DepEd, and church clergy.

The government is eyeing a P4.1-billion budget for 2017 for this rehabilitation program.

By putting Ubas – a partnership between barangays and parishes – as lead of this cluster, the government wants to emphasize the communities’ role in the rehabilitation program.

Castriciones said they are relying on faith-based institutions, religious organizations, and families to help drug users in their communities recover.

The DILG also wants to tap the resources of NGO groups and the private sector, including conglomerates and big business groups, that can contribute to the program as part of their corporate social responsibility.

“They have a lot of money and probably they can contribute to help solve these big problems. Because even if their main concern was economy, [they should] take a look at this problem because this becomes a stumbling block towards economic progress,” he said.

The government already has one major company on board: San Miguel Corporation recently promised P1 billion for the construction of new drug rehabilitation facilities.

The third stage of the process deals with aftercare and reintegration: how do we get these former drug dependents back to society?

To help them adjust, the government plans to tap NGOs and the private sector to provide programs that will help former drug users readjust to their own communities.

This third cluster will be led by the DSWD, with members from Tesda, DILG, Ubas, Bureau of Jail Management and Penology, Department of Justice, DepEd, and church clergy.

Under the after-care program, former drug users may be asked to participate in greening programs, such as tree planting and sidewalk clean-up activities. Schooling opportunities will be provided, as well as cash-for-work programs, “so that they can be empowered [and] become more useful citizens in society.”

“This is a concern that addresses us all…We must address this with an open mind, with a welcoming heart, wherein we must help and assist them. They have problems. The government’s concern is to take care of them,” Castriciones said.

Issues to be ironed out

Tasked with the responsibility of monitoring the anti-drugs campaign at the ground level are the Barangay Anti-Drug Abuse Councils (BADAC). But the problem, according to DDB Undersecretary Rommel Garcia, is that some LGUs do not yet have a fully functional BADAC.

The organization of the BADAC is mandated under DILG Memorandum Circular 2015-63, which spells out the roles and responsibilities of council members. LGUs are also enjoined to allocate a “substantial portion” of their budgets for preventive or educational programs, and the rehabilitation and treatment of drug dependents.

Garcia said there is currently no prescribed amount for the budget of these anti-drug councils, to give LGUs a free hand to determine their budget. But under the DDB’s proposed guidelines, DILG field officers, along with the local PNP and PDEA representative, will determine whether the prescribed budget is “substantial” enough.

In Quezon City, for instance, all 142 barangays have convened their BADACs. But the amount allocated varies among the barangays, depending on what the council has agreed upon. In Barangay Holy Spirit, for example, their BADAC – convened just last month – has yet to decide how much to allocate for their anti-drug programs.

In Barangay Commonwealth – the most populous barangay in the city with nearly 200,000 residents as of 2010 – a substantial amount has been set aside for its BADAC programs.

For 2016, P300,000 has been allotted to the BADAC, according to barangay treasurer Chona Pinca. This amount funds anti-drug seminars, publication and distribution of leaflets, and information dissemination drives.

For its part, the DILG believes that barangays will not only play a vital role in the drug rehabilitation program, but will also welcome the proposals that the inter-agency committee has drafted.

“I’m very sure they would be cooperative because that will help solve the problem. Their concern is about peace and order within the barangay, but can you impose peace with all the presence of so many drug dependents, drug users, pushers?” Castriciones said.

Still, there are several issues that the DILG and other government agencies have yet to iron out. Earlier this month, the DDB had convened to approve guidelines on handling drug surrenderees at the screening level, but these have yet to be approved, following disagreement on whether the guidelines should apply equally to both drug users and self-confessed drug pushers.

The DILG also faces the challenge of intervening in areas where local officials themselves are suspected of being part of the illegal drugs trade. Recently, the President made public a list of alleged drug coddlers – a list that includes several local government officials.

Castriciones said the DILG has already created a task force to investigate the local officials facing these accusations.

“That is the big problem there. That’s the reason why we in the DILG are doing our best to identify, based on the information given by concerned citizens and also by the PNP, those who are suspected of being either coddlers or being a part of the big drug syndicates,” he said.

As more drug surrenderees turn up, Castriciones said the inter-agency task force aims to smooth out the guidelines and have the programs and steps of action launched within the month. – Rappler.com