What ails the BuCor modernization law? 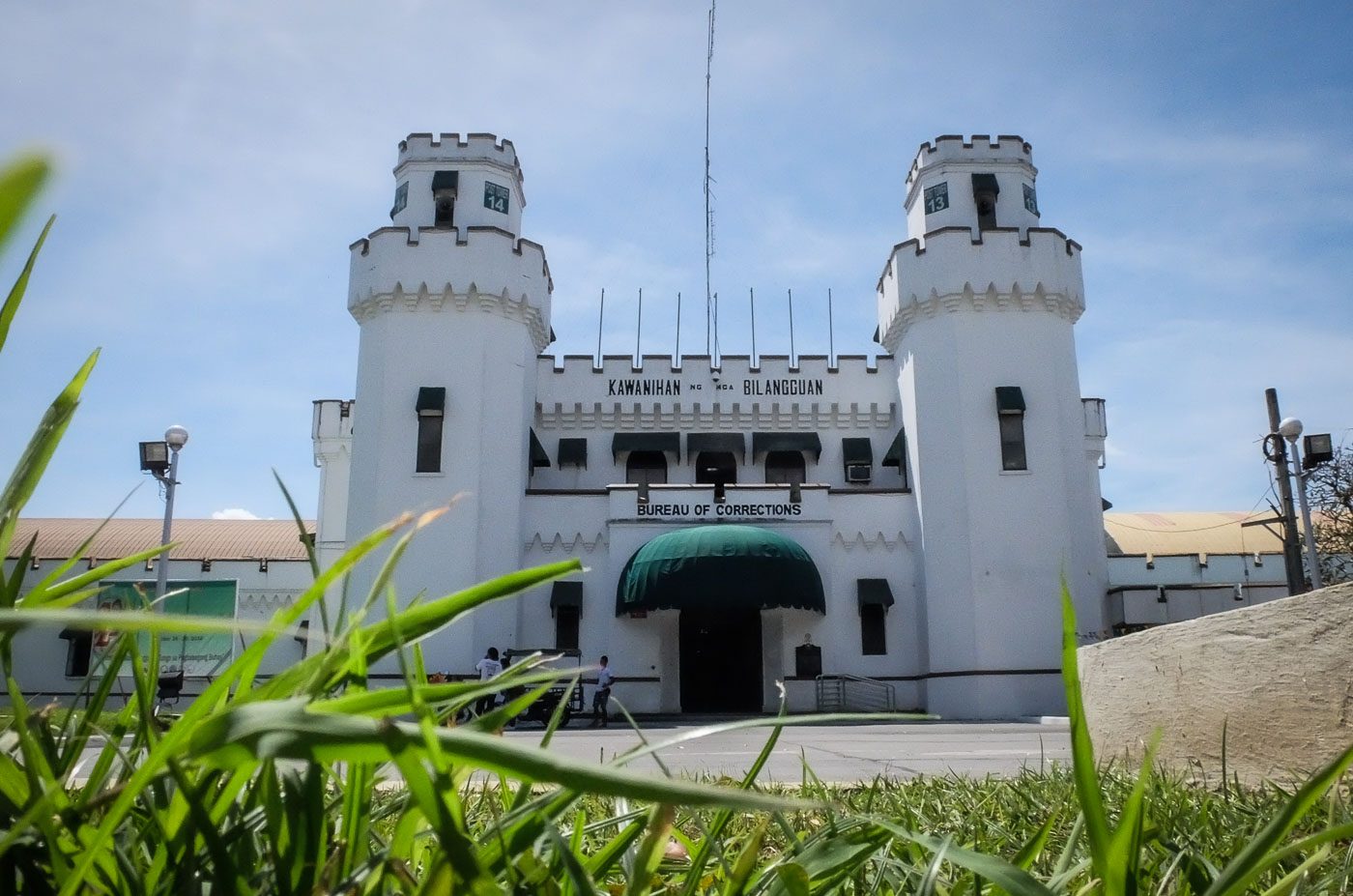 Facebook Twitter Copy URL
Copied
The lack of money to modernize the Bureau of Corrections is crippling the bureau, worsening its age-old problems

MANILA, Philippines – The nation’s attention once again shifted to the New Bilibid Prison (NBP) as legislators spent 47 hours probing into why the illegal drug trade persists in the national penitentiary.

After the hours-long grilling of 22 witnesses, most of whom were high-profile inmates, congressmen pinned the blame on former justice secretary and now Senator Leila de Lima and ex-Bureau of Corrections (BuCor) officials.

Among the legislative reforms the lawmakers suggested was the “immediate implementation” of Republic Act (RA) Number 10575 or the Bureau of Corrections Act of 2013.

It is a recommendation most welcomed by officials and employees of BuCor. But they said the proliferation of illegal drugs is just one of the many problems besetting the NBP, which is under the jurisdiction of BuCor and the Department of Justice (DOJ).

The NBP has long been struggling with the issues of congestion, inadequate facilities, lack of resources, and low staff morale, problems that make the prison a prime environment for illegal activities to thrive. (READ: Why anomalies happen in Bilibid)

RA 10575 was signed into law on May 24, 2013 by then president Benigno Aquino III to address the root causes of persistent issues. But 3 years later, the law is still not implemented, leaving BuCor struggling with its limited capabilities to watch over almost 23,000 inmates.

No budget, no modernization The measure authorizes the construction of additional prison facilities to decongest the NBP, including the creation of prisons in other regions that still do not have penal farms under the BuCor.

Apart from the NBP in Muntinlupa City, the BuCor is watching over the following:

“Hence, it is authorized to increase its manpower to meet such ratio and may continue to increase personnel per percentage rate increase of committed inmates annually or as the need arises,” said the law.

RA 10575 also wants to turn BuCor into a uniformed service. This is why its Revised Implementing Rules and Regulations (IRR) is authorizing BuCor to rename its Personnel Training School to the Corrections National Training Institute (CNTI), patterned after the training institutes of the Philippine National Police Bureau of Jail Management and Penology, and the Bureau of Fire Protection. The CNTI will be for the non-commissioned officers.

BuCor is also advised to conduct a feasibility study on the creation of a Corrections Academy patterned after the Philippine National Police Academy and the Philippine Military Academy for commissioned officers.

RA 10575 remains in limbo, however, because of delays in the drafting of its IRR, which is necessary to implement any law in the country.

The first version of the IRR was completed on December 12, 2014, but it had to be revised once again. The process took almost two years to finish, with the revised IRR done only on May 23, 2016.

According to BuCor officer-in-charge Rolando Asuncion, this delay is the reason why there is no allotted fund for modernization in the proposed P2.23-billion BuCor budget for 2017, or in the years before that.

They need another P2.45 billion for the first year of implementation of RA 10575.

The lack of money to modernize BuCor is thus crippling the bureau, worsening its age-old problems.

(We can’t deny that, right? Ventilation is affected because of the population of the inmates. And the beds, my God! Our problem is, for example, an inmate inside a dormitory sleeps on the floor. If he goes to the CR and returns, he will no longer have a place to sleep.)

He said this was also why BuCor welcomed the deployment of 320 troopers from the Philippine National Police’s Special Action Force, a move done primarily to strengthen President Rodrigo Duterte’s war on drugs and crime. BuCor allots P50 per day per inmate for food, P3 for medicine, and another P3 for basic supplies like blankets, laundry, mats, and mosquito nets.

“By all accounts, these amounts are not sufficient to meet the daily needs of the inmates, much more, to any efforts to reform and prepare them for release,” explained Narag.

Narag also said that BuCor is suffering from another structural problem – that of having officials and employees who are not sufficiently adept at proper correctional management.

Asuncion acknowledged this, citing the need for better training for their employees.

Perhaps one of the biggest effects of the non-implementation of RA 10575 is the proliferation of illegal activities inside the NBP.

“And nagkaroon ng corruption because we informally allow these to thrive kasi coping mechanism eh. May discretion ngayon ‘yung mga commanders to provide or accede to the request of inmates or not. So nandiyan na yung lagayan. And mababa suweldo, very susceptible ‘yung mga prison guards to bribes,” he added.

(And corruption came about because we informally allow these to thrive as they are coping mechanisms. The commanders now have the discretion to provide or accede to the requests of the inmates. So bribery came about. And because the prison guards have low salaries, they are very susceptible to bribes.) Narag previously wrote that inmates and prison guards had developed structures to overcome deficits inside the NBP.

The lack of personnel led to a system of “mayores”, “coordinator”, and “trustees”. Convicts were given custodial, rehabilitation, and administrative functions, respectively. Narag said that the emergence of mayores led to power play among inmates.

“Inmate leaders fight over the spoils generated by the prison cash economy. Pangkat (brotherhoods) which started as inmate groups to protect themselves from predatory guards and other inmates, have degenerated as gangs that now give protection to inmate drug dealers,” he said.

Asuncion and Del Rosario said they allow inmates to construct “kubol (cubicles)” and “tarima” (beds)” to help maximize spaces in dormitories. Inside the NBP, there are also basketball courts, religious temples, and educational centers to help in BuCor’s rehabilitation programs.

Narag also said that inmates get to earn inside the prison, as the BuCor management allows inmate cell leaders to collect money in exchange for cell privileges, like exemptions from cleaning the restroom.

Such “informal” arrangements inside the NBP, coupled with the continued lack of support from the government, have led to the easy entrance of luxuries, contraband items, and illegal drugs inside the NBP.

Illegal activities inside the NBP can generate as much as P100 million a day. And the BuCor lacks the money, facilities, and manpower to put a stop to them.

All hope is not lost, however.

Asuncion explained that they are currently coordinating with the DBM regarding the possible allotment of funds for the implementation of RA 10575 via the 2017 budget’s supplemental fund. Budget Secretary Benjamin Diokno also said the money may also be sourced through the Contingent Fund.

For now, Asuncion said BuCor is improving its intelligence gathering capabilities by closely coordinating with law enforcement agencies, like the PNP.

One result is the recent recovery of 10 kilos of shabu (methamphetamine) worth P200 million in an abandoned car parked along the Manila North Road Highway in Barangay San Vicente, Apalit, Pampanga. Local police received a tip from NBP inmate Raymond Dominguez, who was convicted for car theft.

Plans are underway for the creation of a Building 15, a P7-million facility that Asuncion wants to be built to house other high-profile inmates who are leading drug operations inside the NBP. This is apart from Building 14 which currently holds 45 convicts.

Asuncion also plans to house Chinese inmates – who are allegedly leading the prison drug trade – in Building 5, to cut off their access to other prisoners. (READ: Sebastian: Chinese inmates on top of Bilibid drugs trade)

He said that SAF troopers are conducting daily inspections inside the prison facility to confiscate prohibited items. Drug tests among inmates are also being done by BuCor. Employees are also subjected to lifestyle checks. 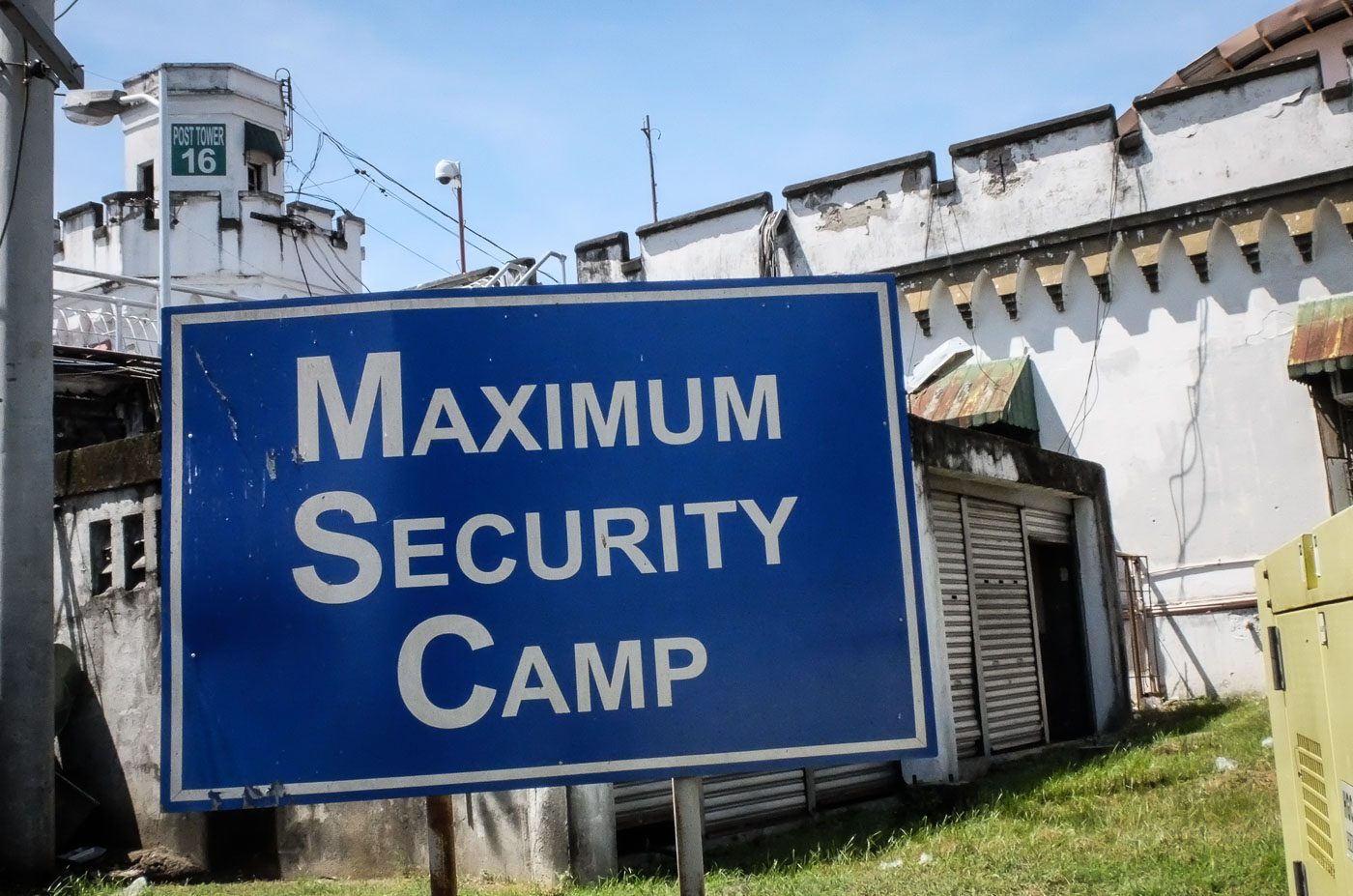 Meanwhile, Justice Secretary Vitaliano Aguirre said that the plan to transfer the NBP to a state-of-the-art facility in Laur, Nueva Ecija will push through, as it has the support of Duterte.

The proposed penal complex can accommodate up to 26,880 prisoners and is expected to have modern facilities for both the inmates and the prison staff. The bidding conference for the Nueva Ecija prison is set for November 24.

Asuncion admits that the criticisms hounding BuCor have lowered their morale.

(Up to now, we haven’t heard any positive words about BuCor from our Secretary. When he speaks about us, we are all incompetent here, all of us are corrupt. That’s not the case.)

But still, he promises to lead reformation efforts for BuCor, given their limited resources for now.

“We just cheer ourselves na lang. [We’ll] just continue working, trying to do what is right,” said Asuncion. – Rappler.com