When the House whips go to work for the death penalty 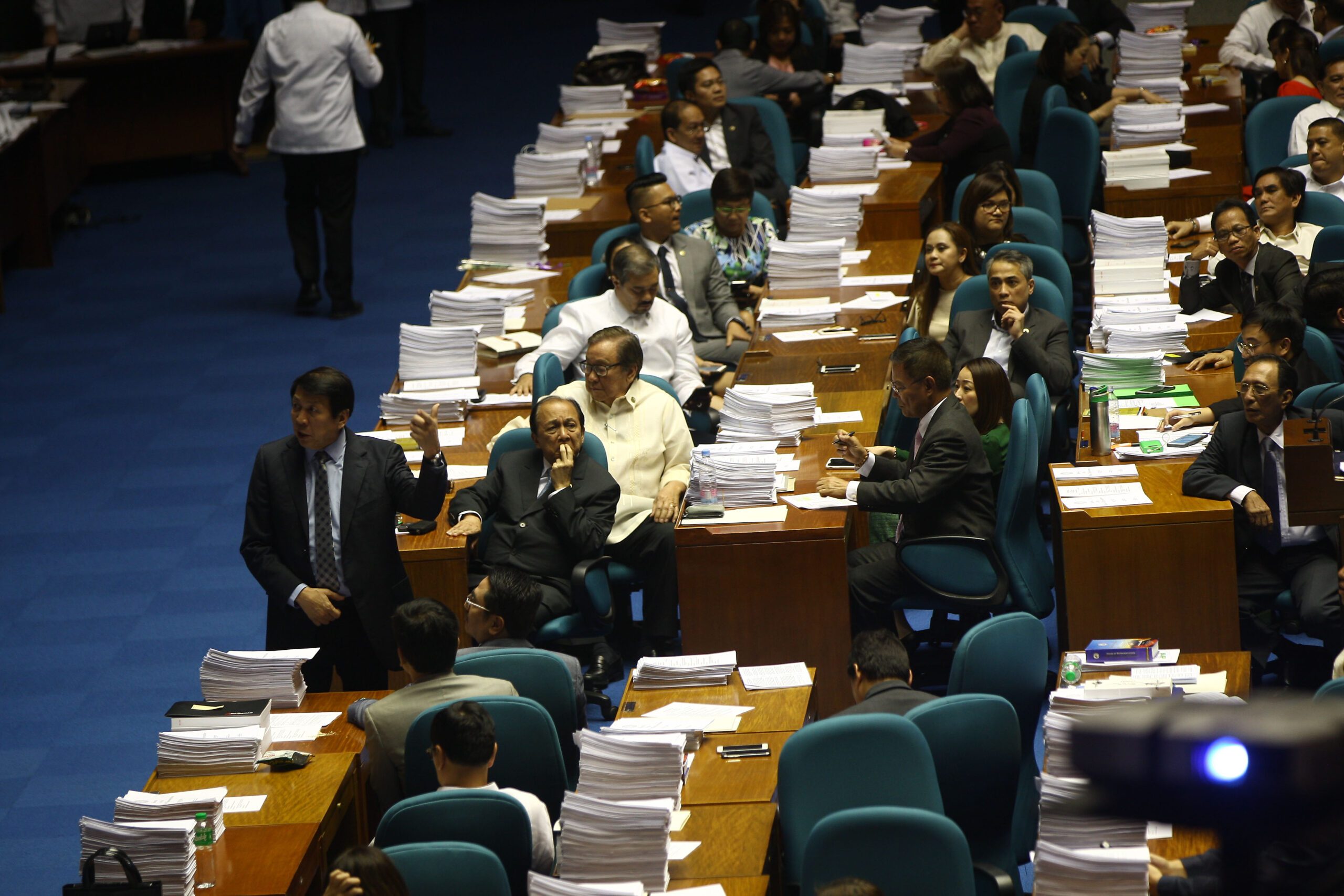 Facebook Twitter Copy URL
Copied
PART 2: Majority Leader Rodolfo Fariñas leads the charge to whip the votes and bring back the death penalty in the country, a pet bill of President Rodrigo Duterte

READ: PART 1: What happened behind closed doors to the death penalty bill?

MANILA, Philippines – The passage of the controversial death penalty measure was expected, but key members of the House made sure it would be passed on 3rd and final reading.

House Bill (HB) Number 4727 is part of the legislative agenda of President Rodrigo Duterte, who counts at least 267 legislators as his allies.

The House leadership also allowed several amendments to HB 4727 to make the measure more palatable to a majority of lawmakers, who ended up voting 217-54-1 on the bill’s final reading. (READ: LIST: How congressmen and women voted on the death penalty bill).

Who acted as Duterte’s lieutenants in the House and made sure HB 4727 would be passed?

“May nagtrabaho diyan, ‘yung mga whips (The whips worked on that). I think the whips did their work because some of the people, some members of the House who would have voted otherwise, succumbed to the whip of the Speaker and definitely Malacañang,” said Aries Arugay, political analyst from the University of the Philippines-Diliman.

“It only means the House is not sitting on the President’s legislative agenda, but they are reflecting the people’s will as expressed by Malacañang. Puwedeng upuan kasi ‘yan like [with the] FOI [bill], pero hindi (They could have sat on it as with the freedom of information bill, but they didnt),” he added.

Speaker Pantaleon Alvarez threatened to replace deputy speakers and committee chairmanships who either voted no, abstained from voting, or were absent during the proceedings.

But the person who led the charge of whipping the votes on the ground was Ilocos Norte 1st District Representative Rodolfo Fariñas, the Majority Leader.

Fariñas is known to be diligent in reaching out to every member of the House. He admitted in a television interview that he even texts all 292 of his colleagues to remind them to show up for the 4 pm session every Monday to Wednesday.

Fariñas also told Rappler that he discussed the death penalty measure with all congressmen.

“I simply talked to each member to discuss the bill with them. And out of mutual respect, I found out from them their position on the matter whether for or against. Those belonging to the latter even took the initiative of talking to me to explain the reason they were against it, which I respected,” said Fariñas. 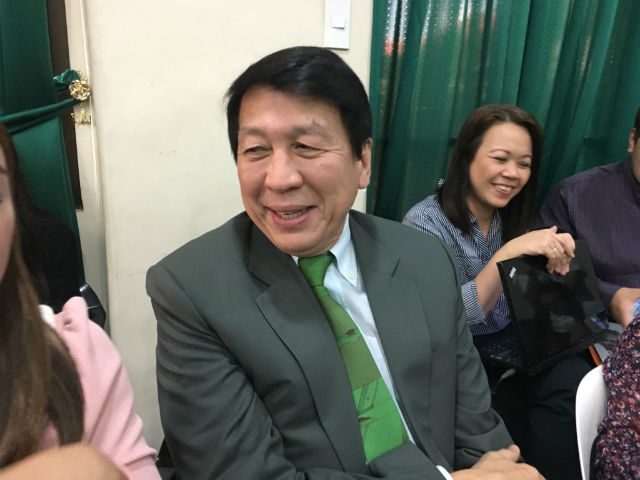 Occidental Mindoro Representative Josephine Ramirez-Sato, a member of the House contingent to the powerful Commission on Appointments, said she had spoken to Fariñas thrice regarding her no vote on the death penalty bill.

As a member of the justice panel, Sato had to make a written manifestation explaining why she will be voting against HB 4727.

“Siyempre nabasa ni Majority Leader. Sinabi niya, ‘O ikaw pala, no ka pala.’ Parang we were just joking about it,'” said Sato, who had bumped into Fariñas in a hotel lobby sometime in October 2016.

(Of course, the Majority Leader read it. He said, “Oh I didn’t know you would be voting no. It’s like we were just joking about it.)

Fariñas had also called her days before the 3rd reading of HB 4727.

“He was just asking me kung ano na talaga ‘yung boto ko (what my final vote will be)… Pero (But) I must emphasize that there was really no pressure. It was a friendly conversation,” said Sato.

She had also approached Fariñas minutes before the session started on March 8 to reiterate her no vote.

It was a strategy that trickled down to the other parties in the House. The 22 members of the National Unity Party (NUP), for example, discussed the reimposition of the death penalty in their regular lunch meetings prior to the vote.

“We went through a process of consultations among ourselves, our respective districts, and constituents. We openly discussed the issues, the pros and cons, especially during the times when the number of crimes was reduced from 21 to 4 to just drugs,” said Davao City 1st District Representative Karlo Nograles, chairman of the powerful committee on appropriations.

Deputy Speaker Fredenil Castro, who is NUP’s vice president for political and electoral affairs, said they also did not impose a party stand.

“In the party, we are left with our own preferences. And we had our lunch with our members and I was just telling them that I don’t even have to deliver any message for the members of the NUP. No need for any convincing because the members were independent,” said Castro.

The party-list representatives, meanwhile, were whipped by their coalition president and AKO Bicol Representative Rodel Batocabe, as well as coalition secretary-general and Deputy Speaker Sharon Garin of AAMBIS-OWA.

“Yeah, we talked to members. We whipped all members to toe the line because that’s the administration’s priority, and second, it’s the campaign promise of President Duterte,” said Batocabe.

He added that one of the rules for coalition officers is for them to support the legislative agenda of the President.

A total of 23 party-list representatives gave their nod to HB 4727. Another 18 said no and 6 were absent during the vote.

The voting turnout for HB 4727 is generally not surprising, apart from a few lawmakers who voted either contrary to their previous public statements or against their party stand.

“The House under the leadership of Alvarez is just maintaining its reputation that it’s easily swayed by Malacañang more than the Senate. The House is historically like that,” said Arugay.

He added, however, that the 217-54-1 vote for the death penalty bill only confirms how the Philippines lacks a genuine political party system.

It was during this meeting that the LP congressmen said they will be deciding whether or not to bolt the majority bloc after the vote on HB 4727. Their counterparts in the Senate are already in the minority after they were stripped of their leadership titles. Senator Leila de Lima is also in jail facing drug charges.

LP stalwarts emphasized that there will no sanctions on congressmen who will vote in favor of HB 4727. 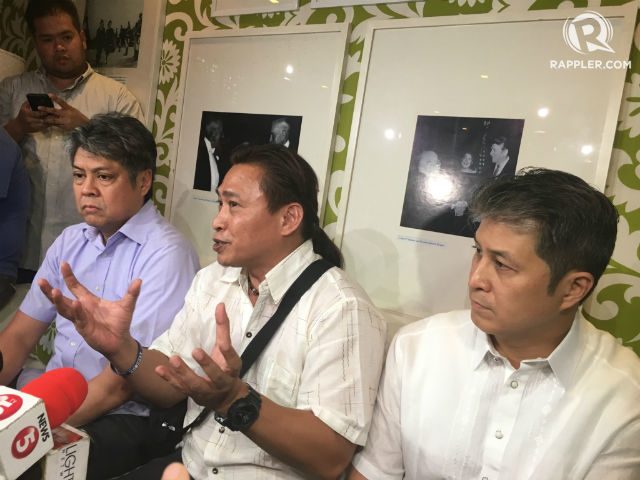 On March 8, 15 LP congressmen said yes to reimposing the death penalty, while another 15 of them said no. Two LP lawmakers were absent during the proceedings. The party was divided.

Among those who voted in favor of HB 4727 was Deputy Speaker Miro Quimbo, the highest ranking LP member in the House, and Quezon City 4th District Representative Feliciano Belmonte Jr, former speaker.

“I think it reveals that for the existing parties, mahina ang party discipline kasi ‘di klaro ‘yung party line (the party discipline is weak because the party line is unclear). May (There were) LP [members] who voted yes. The reason given is because of the fact that their party is liberal – I think that’s a stupid excuse that does not bode well [for] a viable party system. Dapat klarong-klaro (It should be very clear),” said Arugay.

Alvarez made good on his promise to remove deputy speakers and committee chairpersons who did not vote yes to the death penalty bill.

Pampanga 2nd District Representative Gloria Macapagal-Arroyo was ousted as deputy speaker, along with 11 other committee chairpersons, on March 15.

Alvarez used to be Arroyo’s transportation secretary when the latter was president. It was during the Arroyo administration when the death penalty was abolished in 2006. Rañeses, however, advised Alvarez to make sure the replacements would be loyal to the majority. (READ: House leaders vs death penalty to be replaced in May)

The political analyst also believes those who will lose their posts will likely stay in the majority.

“If these people were replaced, I don’t think it would strip away support from the administration coalition as long as the people he puts in there are people who have the same number of people behind them,” said Rañeses.

Lawmakers had previously agreed to give “full support” to Alvarez whatever he decides on the House reorganization.

Numbers game until the end

The death penalty bill may have breezed through the House of Representatives, but its fate in the Senate remains to be seen.

The measure is not a priority among senators and Senate President Aquilino Pimentel III said a “close fight” for the bill should be expected in the Senate.

Still, pro-death penalty senators are convincing their colleagues to consider accepting a version of the measure involving high level drug trafficking offenses only.

If there is one thing that is guaranteed after the House’s 3rd reading of HB 4727, it is that Duterte will have a strong legislative shield against any impeachment complaints for now. Magdalo Representative Gary Alejano already filed the first impeachment complaint against the President.

“Pretty much Duterte is protected because we all know all impeachment complaints emanate from the House. We can even equate the vote for the death penalty to the possible purported legislative shield that Duterte will enjoy,” said Arugay. The death penalty vote turnout also shows that Duterte’s allies in the House is no-nonsense when it comes to following the President’s desires.

“I think itong (this) legislative bloc that is supportive of Duterte doesn’t have time to be friends with everyone. Napaka-polarizing (It’s very polarizing). Either you’re with us or against us,” said Arugay.

And this is a fact known to Alvarez himself. He said he will always be open to debates in the House, but he also knows he has the numbers to get what he wants.

“Because in a democracy, we always argue, but at the end of the day, if I have the majority, I will prevail,” said Alvarez. (To be concluded) – Rappler.com