Lascañas, Matobato were not the first DDS whistle-blowers 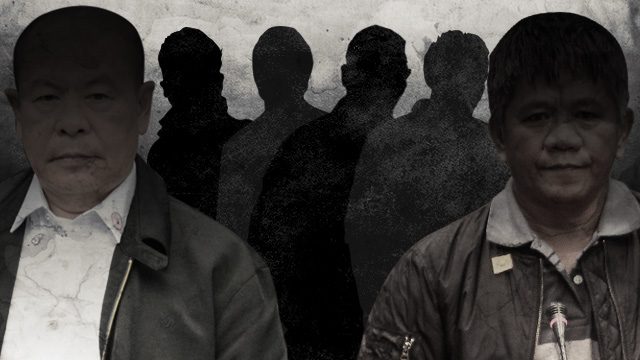 Facebook Twitter Copy URL
Copied
The sworn affidavits of the 4 witnesses in 2009 cover the structure of the alleged death squad, describe how the death contracts were carried out, and elaborate on the practice of burying victims in the Laud quarry

MANILA, Philippines – Retired policeman Arturo “Arthur” Lascañas and Edgar Matobato are not the first ones to come forward and expose the alleged widespread vigilante killings in Davao City.

Documents obtained by Rappler from the Commission on Human Rights (CHR) indicate that as early as 2009, accusations of summary killings during the mayorship of Duterte were obtained from 4 individuals.

The sworn affidavits and depositions were made in different months in 2009. It was also the year when the CHR, led by then chairperson and now detained Senator Leila de Lima, started its full probe into the existence of the Davao Death Squad (DDS).

Between 2005 to 2009, the commission conducted public hearings in Davao City on the killings. It identified 206 deaths attributable to the DDS within this period alone.

The affidavits of the 4 witnesses cover 3 main things about the known death squad:

Only one mention of Duterte

While Matobato and Lascañas openly accused Duterte of ordering the deaths of several people in Davao City, this direct connection was scarce in the 2009 “confessions”. Among the 4 witnesses, only one mentioned and directly linked him to the operations of the liquidation unit.

A rebel returnee with an alias Crispin Salazar, a resident of Alabelya, Sarangani Province, narrated in his sworn affidavit that he first met Duterte in his house in 1992 through a certain Councilor Ibuyan.

Prior to working for Duterte, Salazar was a rebel from 1979 to 1987. He eventually laid down his arms and worked as a farmer until one fateful day in 1992.

(Mayor asked me if I can do this type of job, to kill the dregs of society such as drug addicts, drug pushers, and thieves. I said, I’ll take it.)

It was the beginning of what would become a string of “transactions” as the two saw each other again. The former mayor often visited the safehouse, allegedly situated in San Pedro, Davao City, to personally hand over a list of targets.

(Duterte himself would go to the safehouse and give the list after saying, “Oh, here’s the list of fools.” I’ve personally seen and talked to Duterte several times. He went to the safehouse to check on us almost every week.)

But Duterte did not only give orders, according to Salazar, as he sometimes took part in the killings. One of these instances was in 1993 when the Davao city mayor allegedly emptied an entire magazine into the body of an alleged robber.

“Matapos iyon, natakot ang mga pulis at nakita kung paano magalit si Mayor (After that, all the police got scared after seeing how angry the mayor could be),” he said.

Duterte has not explicitly taken responsibility for the summary killings in the city he led for more than two decades. In February 2017, he reiterated that extrajudicial killings, even those that occurred under his mayorship, were due to “rivalries” between criminal and drug syndicates.

But just last March 7, 2017, however, the President claimed that the group was created to fight the “sparrow units” of the New People’s Army during Martial Law.

The existence of the death squad has also been vigorously denied by many of his allies.

Structure of the squad

The sworn affidavits of other witnesses, however, explicitly described the “hierarchy” within or structure of the death squad, and how the contracts were carried out.

Jose Basilio, one of the witnesses, was then a civilian auxiliary member of the Anti-Crime Unit (ACU), formerly known as the Heinous Crime Investigation Section of the Davao City Police. He was allegedly recruited by a certain Rolando Duwilag in 2002.

Like Salazar, Basilio was also a rebel returnee. He was a former member of the New People’s Army.

He narrated in his affidavit dated May 30, 2009 that the unit was overseen by “big boss” Sonny Buenaventura – although there was a higher official who did not personally go to the office. But while all orders came from Buenaventura, Basilio said it was Police Senior Inspector Fulgencio Pavo who assigned people to specific operations.

Both Lascañas and Matobato have tagged Buenaventura, supposedly a long-time bodyguard and driver of Duterte, as a member of the death squad in their testimonies before the Senate.

The office was also structured in a way that members were assigned to work under so-called “handlers.” Basilio was allegedly assigned to a certain SPO1 Bienvenido Furog.

The “orders” involved killing people suspected to be involved in criminal acts such as rape, illegal drugs, and robbery. There were also instances that the “targets” were newly-released individuals from jail, Basilio said in his affidavit, and each kill order would mean a reward ranging from P13,000 ($248) to P20,000 ($397) divided among those involved in the operation.

A statement of another witness, under the alias Ramon Evangelista, echoes the information given by Basilio.

In his affidavit dated June 4, 2009, Evangelista said his “initiation” into the unit was through a childhood friend named “Kulot” assigned to a group handled by a policeman stationed at Camp Leonor in Davao City.

Kulot, he said, confided that he earned P30,000 ($595) per kill and often gave a portion of the monetary reward to local orphanages.

As a member, Evangelista’s tasks included intelligence work for the group which entailed stalking and gathering information on the daily routine of targets, who were often suspected criminals. He was paid P500 ($10) per job. 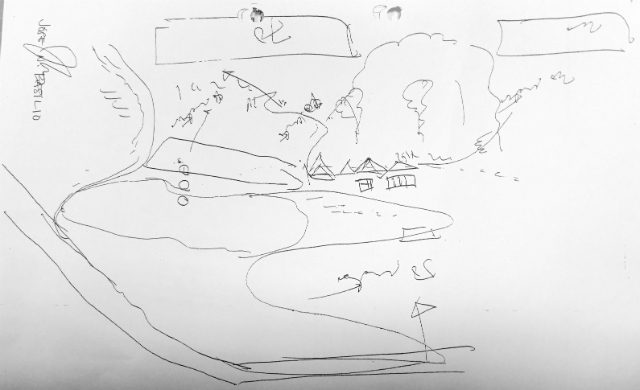 Basilio also narrated that aside from killing on the spot, there were orders to abduct individuals and extract information from them. To reduce the risk of having witnesses, the primary target’s companions, or even those who just happened to be near the site of abduction, were not spared from death.

The victims were usually brought, killed, and eventually buried in a quarry owned by a certain Bienvenido Laud, a retired policeman.

This was similar to one incident Lascañas recalled when he confessed his involvement in the DDS. He said that the family of an alleged kidnapper – his pregnant wife, young son, father-in-law, and two elderly househelps – were killed together, upon the orders of Duterte.

In his deposition dated June 2009, Basilio said that he was aware of these incidents in the quarry because at least 13 victims “were killed in my presence and I was always part of the team that dug the soil and buried the bodies.”

Allegedly hogtied and blindfolded before being killed, Basilio claimed that the victims were mostly suspected drug pushers, thieves, and terrorists involved in bombing incidents in Davao City.

One of the victims was a thief referred to only as “Jovani” who was allegedly abducted at a public market, with the use of a Davao City Hall service vehicle. He was eventually killed when one policeman took a bladed weapon and stabbed him twice in the chest.

According to Basilio, he was then asked by Laud to transfer and bury Jovani’s body in a site 30 meters away from where he was killed.

The “practice” of disposing bodies in the quarry was also corroborated by Avasalo in his affidavit dated July 10, 2009.

A self-confessed “asset” of Laud, Avasalo said that he witnessed the summary killings of 6 men, also hogtied and blindfolded, by members of the Anti-Crime Unit of the Davao City Police Office (ACU-DCPO) one night in December 2005.

A transcript obtained by Rappler of a July 2009 hearing on the search warrant described the killing of the victims: they were allegedly slaughtered like pigs.

Like Basilio, Avasalo was also instructed by Laud to transfer and bury the bodies.

The two, on separate occasions, confessed their participation in the disposal of the bodies and attested to the existence of dead bodies in the quarry to Police Senior Superintended Roberto Fajardo.

Avasalo approached the team of Fajardo in 2009 when they conducted an investigation inside the Laud quarry, while Basilio personally went to his office at Camp Crame in Quezon City after saying he “can no longer stand the bark of his conscience.”

What happened to the investigation? 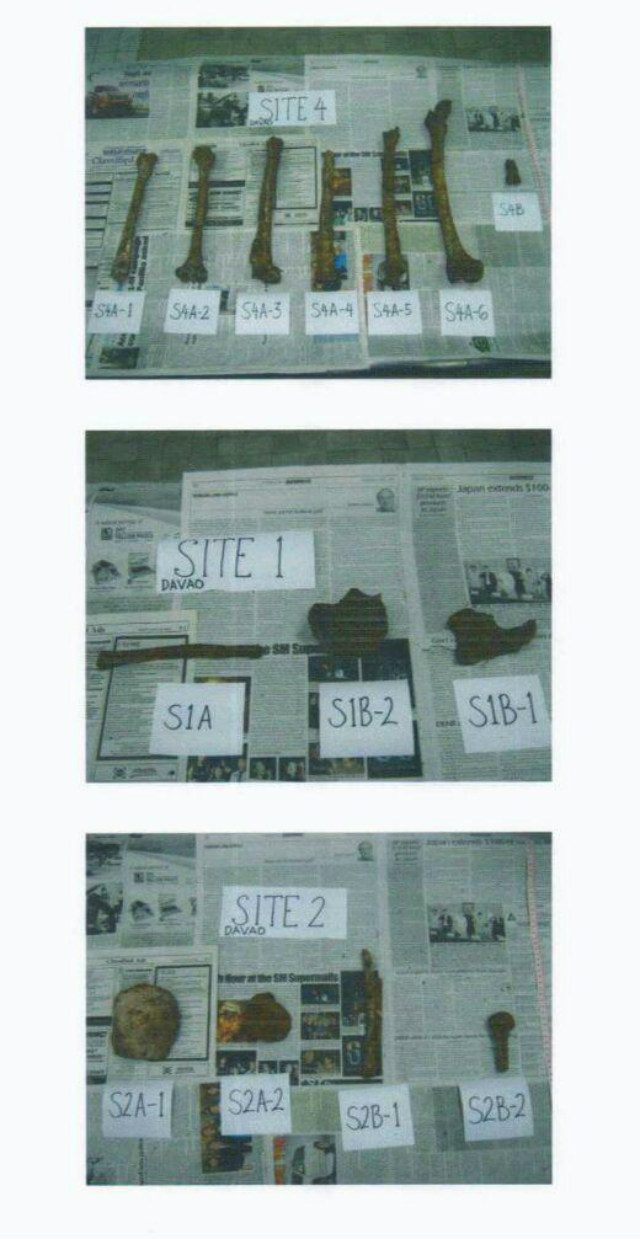 A search of the Laud quarry done in July 2009 was covered by a search warrant issued by Branch 34 of the Manila RTC. In 2014, the Supreme Court’s First Division upheld the grant of a search warrant for the quarry. (READ: SC on Davao Death Squad case: PNP can search quarry for bodies)

The search yielded “several human bones and skeletal fragments” from a site used as an ipil-ipil plantation, according to a press release by the CHR.

“The bodies did not prove anything,” he said in September 2016. “In fact, there were statements that they were bodies of people who were executed during the Japanese occupation.”

In 2012, the CHR main office released a resolution based on its 2009 probe stating that it found “probable cause” and recommended that the Ombudsman investigate the “possible administrative and criminal liability” of Duterte in relation to the killings under his watch as Davao City mayor. (READ: Davao Death Squad: What ever happened to the investigations?)

The investigation of the Ombudsman, however, had been “closed and terminated”, according to a letter sent by the Ombudsman to the CHR main office in January 2016.

The letter cited a fact-finding report dated May 5, 2014 submitted by the Field Investigation Office to Overall Deputy Ombudsman Arthur Carandang. The report quoted then CHR Region XI Director Alberto Sipaco Jr as saying that his office does not have any proof that the death squad does exist. The field investigation office also echoed Sipaco’s statement that the allegations remain as “chismis and other gossips.”

But in 2009, Sipaco, a member of Duterte’s fraternity Lex Talionis, told then-United States ambassador to the Philippines Kristie Kenny that Duterte knew about the killings and permits them, according to a confidential cable published by WikiLeaks. (READ: Duterte ‘admitted complicity’ in Davao killings – WikiLeaks)

Almost 8 years since the initial investigation, new testimonies from Lascañas and Matobato prompted the CHR once again to form a new team to probe into the killings allegedly carried out by the known death squad.