May 18, 2017 6:50 PM PHT
Facebook Twitter Copy URL
Copied
The increase in Duterte's net worth between June and December 2016 is 4 percentage points higher than Aquino's net worth increase during his own first 6 months in office 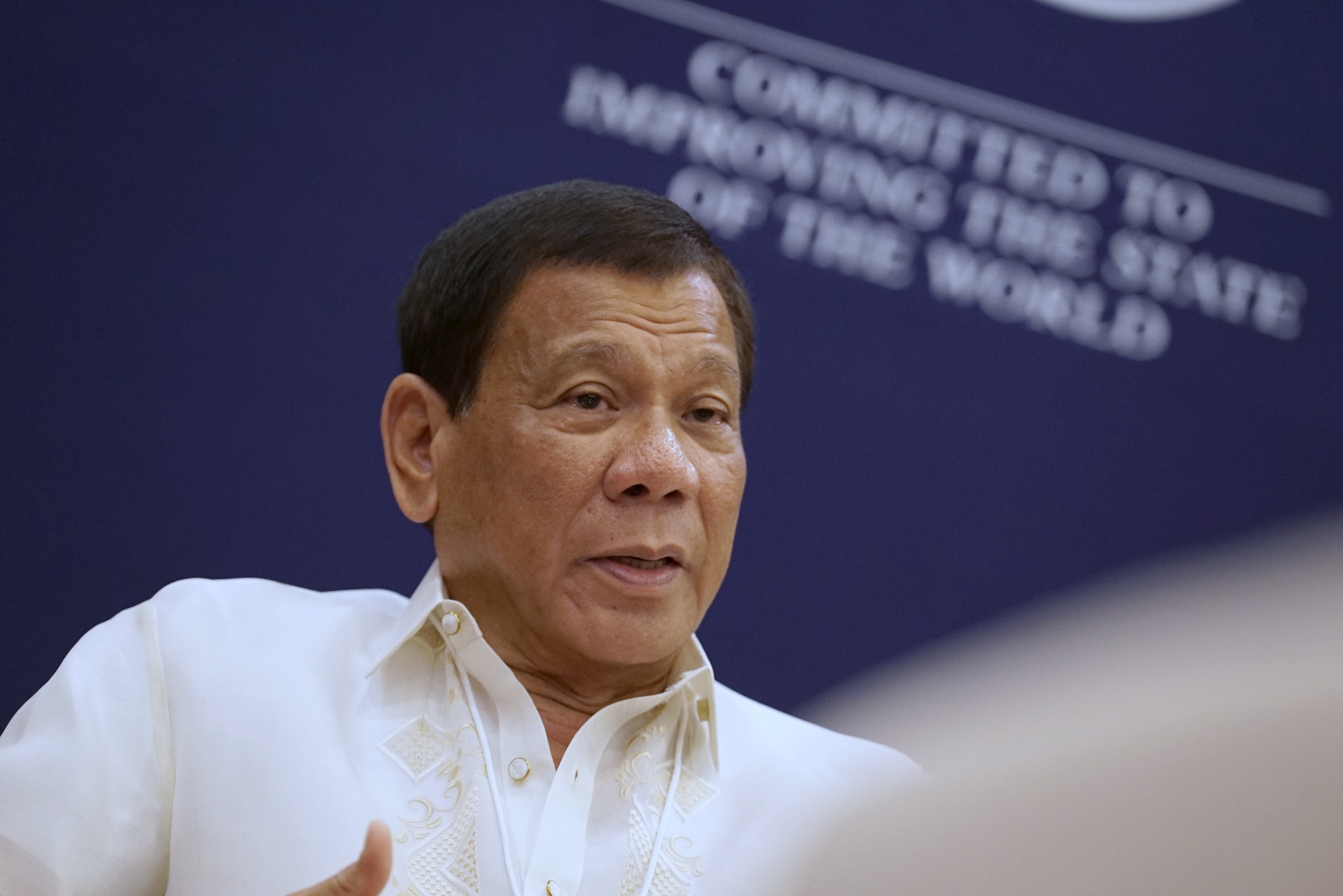 MANILA, Philippines – In a period of 6 months, the net worth of President Rodrigo Duterte grew by 13.9% – 4 percentage points higher than the net worth increase of his predecessor, former President Benigno Aquino III, during his own first 6 months in office.

Based on his Statement of Assets, Liabilities, and Net Worth (SALN), the biggest chunk of Duterte’s wealth came from “cash on hand/bank.” In June, when he first entered office, Duterte had P15.31 million cash on hand. He also declared “investments” acquired during various years worth P3.9 million, and 9 real properties in Davao City with a combined worth of P1.41 million, excluding those listed under the name of his youngest daughter.

Six months later, Duterte’s cash on hand increased to P18.45 million as of December – a more than P3-million difference that contributed to Duterte’s increase in net worth.

For Aquino, his real properties comprised the biggest chunk of his assets when he assumed the presidency in 2010. His June 2010 SALN showed that his real properties, amounting to P33.76 million, was 64% of his total assets worth P52.6 million.

Aquino declared 3 inherited properties in Quezon City, Antipolo, and San Juan City, as well as two lots he purchased: a residential lot in Tarlac acquired in 1997, and an agricultural lot acquired in 1985 and 2010.

He also declared P18.87 million worth of personal properties, which consisted of motor vehicles (worth P9 million), investment in stocks (P4.77 million), and cash on hand and in banks (P3.64 million).

Increasing over the years

Over the past 12 years, Duterte’s wealth saw a percentage increase of 290%. Based on the earliest copy of Duterte’s SALN Rappler has on file, Duterte had a net worth of P7.02 million in 2004, when he was still Davao City mayor.

His net worth has increased steadily, with the sharpest increase occurring in 2008. From a net worth of P9.69 million in 2007, it increased to P15.32 million the following year, or a 58% increase. This was mostly due to additional real properties he declared, as well as various investment items amounting to P3.65 million which were added to his personal properties for 2008.

Personal properties, such as cash on hand, furniture, and vehicles, took the biggest chunk of Duterte’s declared properties from 2004 to 2016.

Cash on hand comprised the biggest part of his declared personal properties. Over the years, this figure has also steadily risen. Between 2004 and 2007, the amount increased by over P1 million every year. The increase dipped between 2007 and 2008, with only P434,925 added to his cash on hand.

Duterte explained that the additional P3 million in his SALN, compared to his entry SALN in June 2016, was from excess campaign contributions during the 2016 election campaign.

The President earlier faced an impeachment complaint, where he is accused, among others, of unexplained wealth. This was the same allegation made back during the campaign season by one of Duterte’s fiercest critics, Senator Antonio Trillanes IV, who claimed Duterte had millions of pesos stashed in bank accounts that were allegedly undeclared in the SALNs.

The senator said transactions amounting to P2.41 billion were supposedly found between 2006 and 2016 in several joint bank accounts of Duterte and daughter Sara.

Aside from cash on hand, Duterte also listed cars, motorcycles, household furniture, and jewelry acquired in various years among his personal properties in his SALNs.

From 2004 to 2007, he declared having “cars/motorcycles” in his declarations, but did not provide specifics. He began providing details only from 2008 onwards.

While he had earlier declared having a Nissan Patrol vehicle (in his 2008 to 2012 SALNs), two Yamaha motorcycles (2008 SALN), and a Volkswagen sedan and Toyota RAV4 vehicle (declared since his 2009 SALNs), only the last two vehicles remain in his latest 2016 SALN.

In 2004, Duterte declared 8 real properties in his SALN, all located in Davao City. Two were listed as inherited while the rest were purchased. In 2005, he listed the same set of properties.

The year after, only two properties were left declared: his residential lot in Bago Aplaya, and a residential lot in Ma-a, Davao City. His 2006 SALN bore a note that said all the previously declared lots were “already transferred to [his] 3 children and to Elizabeth Zimmerman on May 24, 2006.” Zimmerman is Duterte’s ex-wife.

For his 2011 SALN, he added a residential land and building in Matina. In a footnote, Duterte explained that the property, purchased in 1998, was originally owned and occupied by his mother Soledad. Duterte said in the footnote that he “realized that the title was registered under his name and of his sister” only after his mother’s death.

Soledad Duterte died on February 4, 2012; the deadline of submission of SALNs is April 30 every year.

In his 2015 SALN, Duterte noted that his daughter Veronica had 5 properties – the two residential lots in Matina and an agricultural lot in Malagos that were previously declared, plus one agricultural lot in Catigan (purchased and first declared in 2014) and a residential lot in Matina (bought in 2015)  – with a total value of P3.08 million. These were “purchased through the exclusive funds of the mother, Cielito S. Avanceña.”

Curiously, not declared in all of his SALNs was a property in 386 P. Guevara Street in San Juan City. Duterte reportedly bought the said townhouse for his son Sebastian in 2001, when the President was then Davao City congressman.

Sebastian Duterte was still a minor when the property was purchased. But SALN guidelines say that declarations shall include the properties, liabilities, business interests, and financial connections “of the declarant, his/her spouse and unmarried children below 18 years of age living in his/her household.”

In his 2004 SALN and in succeeding years, Duterte has listed his business interests as incorporator of Honda Cars in General Santos City. This no longer appears in his latest December 2016 SALN.

Meanwhile, Duterte listed “miscellaneous payables” amounting to P1 million from 2004 to 2007, and a P1-million personal loan liability in 2008.

In previous interviews, Duterte had admitted receiving donations of properties and vehicles from friends. In a late night television show interview in May 2016, he said that his good friend Pastor Apollo Quiboloy gave him 3 properties in Woodridge Park in Ma-a, and one property in Royal Pines in Matina.

Duterte’s latest SALN shows he has 3 lots in Ma-a acquired in 1997 and 1999, but these were labeled “purchased” in his SALN. He also has several lots in Matina, with one labeled “exchanged” in 2007.

In the same interview, Duterte also admitted receiving a Nissan Safari and Ford Expedition years ago from Quiboloy.

In March 2017, the President said he was given a Mercedes-Benz luxury car, but that he wouldn’t include it in his SALN because the car was not under his name, and that he had refused to accept it from an unidentified gift-giver. – Rappler.com