A region in panic: ASEAN doubles down against ISIS threat

Nov 17, 2017 11:05 AM PHT
Carmela Fonbuena
Facebook Twitter Copy URL
Copied
World leaders understand that the ISIS threat is not over and a war could erupt again – in their countries, if not in the Philippines – as they expect the return of Asian fighters from the Middle East

MANILA, Philippines – The world congratulated the Philippines for stopping the Islamic State (ISIS) from establishing a caliphate in Marawi City and refusing radical extremists a safe refuge in the region.

At the 31st Association of Southeast Asian Nations (ASEAN) Summit and Related Summits held in Manila this week, treaty allies that helped fight the war – US and Australia – led country leaders in acknowledging the big win against ISIS. (READ: The war in Marawi: 153 days and more)

But the threat remains and country leaders know a war could erupt again  – if not in the Philippines, in their countries – if the region doesn’t get its act together. The war in Marawi involved not just Filipino fighters but also Malaysians, Indonesians, and reportedly even at least one Singaporean. (READ: World leaders meet in PH amid post-Marawi concerns)

ASEAN countries and dialogue partners vowed to work together, expecting the return of Asian fighters from the Middle East as ISIS continues to lose territory there.

The summits resulted in at least 3 declarations to fight terrorism:

These are commitments on top of bilateral and multilateral deals between nations.

There is also an understanding that the rehabilitation of Marawi is crucial in the work to break the cycle of radicalization and terrorism among its residents. Pledges for Marawi poured in from ASEAN countries and dialogue partners.

The ASEAN Summit was held in the wake of the war. President Rodrigo Duterte, the ASEAN chairman this year, said fighting terrorism dominated interventions from country leaders during the summits.

“Half of the time during the interventions actually was the issue of terrorism. Everybody’s scared with the new vogue of dying just suddenly in the explosion of whatever,” Duterte said in a press briefing after the ASEAN Summit’s closing ceremony on November 14.

The Marawi war shut down an entire city, challenged a military that is not used to urban warfare, exacted tremendous toll on tens of thousands of residents who were displaced for months, and drained government coffers. The clashes left the battle area in ruins.

It was a man-made disaster the region cannot afford to happen again. (READ: Marawi shows PH ‘woefully inadequate’ vs terrorism)

“We vowed to work closely. We discussed it in confidential meetings. We have agreed on so many things to enhance the defense of our country,” Duterte said. 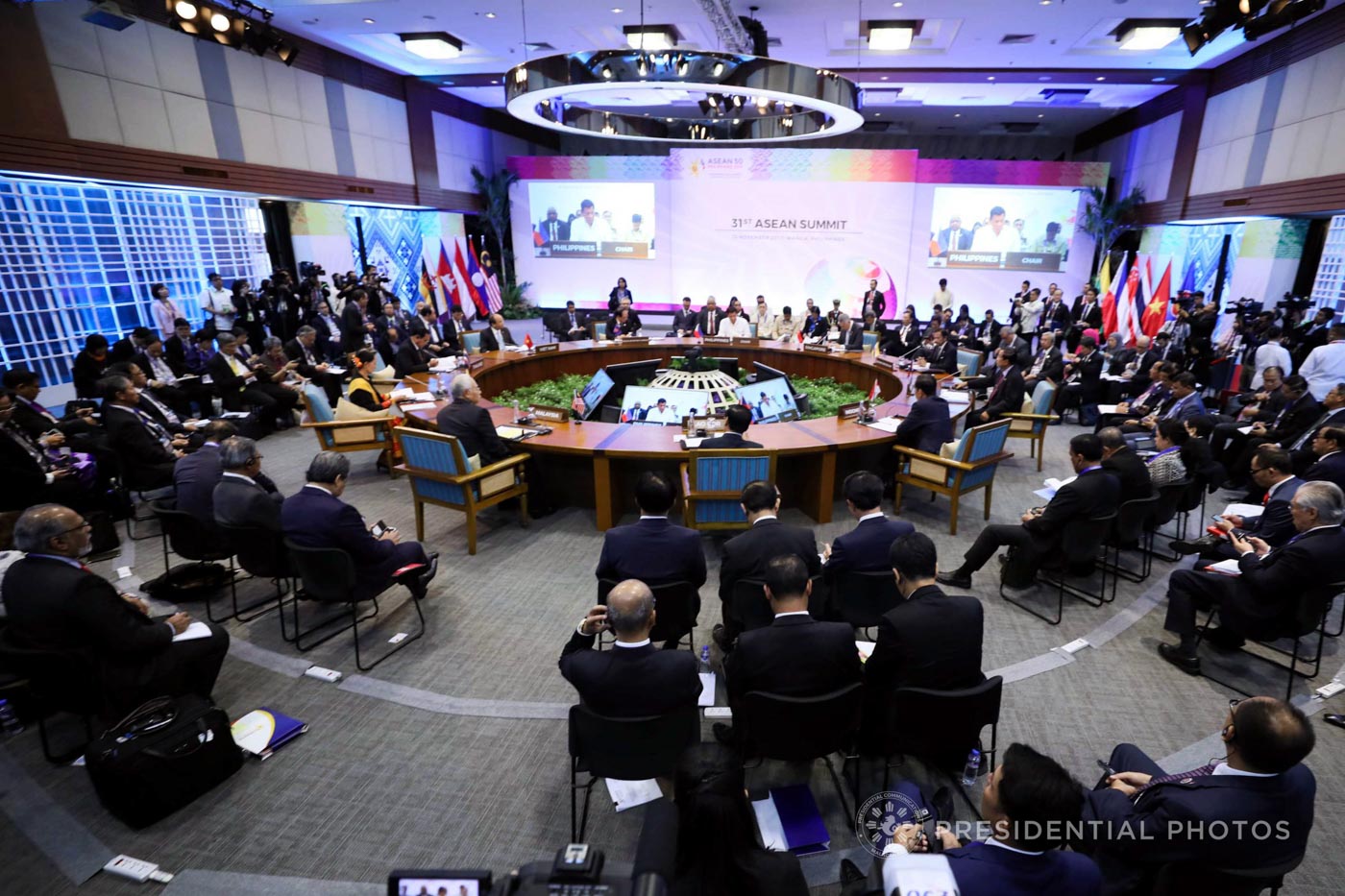 A day after the ASEAN Summit, the Philippine military conducted air strikes in Maguindanao where a temporary encampment of the Bangsamoro Islamic Freedom Fighters (BIFF) was spotted.

Filipino troops are also getting more training on urban warfare from allies, particularly from the US and Australia.

One of the highlights of the visit of Australian Prime Minister Malcom Turnbull was witnessing Filipino and Australian troops in a war game. (READ and WATCH: Turnbull visits Camp Aguinaldo, witnesses PH-Australian war game and PH, Australia commit to strengthen cooperation vs terrorism)

But countries recognize that taking a military option means it’s too late. Prevention is key and this is where the non-military interventions come in.

Canadian Prime Minister Justin Trudeau, for example, upheld the importance of adopting a no-ransom policy when dealing with the Abu Sayyaf Group in order to cut the sources of its revenue. (READ: Trudeau wants justice for Canadians beheaded by the Abu Sayyaf)

Steps like the no-ransom policy are highlighted in the 3 Declarations adopted during the ASEAN Summit and Related Summits.

In the Manila Declaration to Counter the Rise of Radicalization and Violent Extremism, countries commit to take measures to prevent the recruitment and mobilization of people to join terrorist groups and to deradicalize and rehabilitate those who have joined extremist groups. Countries also commit to assist each other in pursuing criminal cases against individuals and even extradite citizens if necessary.

In the East Asia Summit Leader’s Declaration on Anti-Money Laundering and Countering the Financing of Terrorism, countries commit to monitor money flows into their countries to make sure that terrorist groups do not get funding.

Finally, in the EAS’ Statement on Countering Ideological Challenges of Terrorism and Terrorist Narratives and Propaganda, countries committed to work with the United Nations to develop strategies to counter the threat of terrorism. Countries also commited to counter the propaganda of terrorist groups online, recognizing how it has been a potent tool in radicalizing the youth. – Rappler.com