The end of the affair? Duterte’s romance with the Reds

Dec 27, 2017 11:54 AM PHT
Carmela Fonbuena
Facebook Twitter Copy URL
Copied
Who failed the talks? Both the government and the communist rebels claim betrayal.

MANILA, Philippines – Like most courtships, President Rodrigo Duterte’s romance with the Philippine Left started on a sweet note. What seemed like a whirlwind romance at first that would leave many people inside and outside the communist movement feeling confused.

While the first round of talks was underway in faraway Oslo back in August 2016, Duterte delivered a speech in Manila calling the Communist Party of the Philippines (CPP) a “revolutionary government.”

A laptop was brought inside the negotiating room for everyone to hear the Duterte’s speech. The first self-proclaimed leftist President ordered his military to be “friendly” with communist guerrillas – their sworn enemies – following the ceasefire declarations.

The power couple of the Philippine Left, warriors-turned-negotiators Benito and Wilma Tiamzon, burst into applause.  To call the CPP a “revolutionary government” was recognition of its rights to rule over a territory, maintain an army, collect taxes, and make and enact its own laws.

The government cannot easily recognize these rights without violating the Constitution. But back in Oslo, the communists were beyond themselves with joy while government negotiators attempted to correct what the President just said. Duterte meant “revolutionary forces,” they clarified.

The NPA’s territory and tax collection eventually caused the tension that ended the ceasefire declaration after 6 months, or from August 2016 to February 2017.

Everybody should know by now that Duterte likes “playing” with words to the point of even contradicting his own pronouncement. His former professor, CPP founding chairman Jose Maria Sison, is aware of this.

“He played with words but, of course, he would sometimes be concrete,” Sison told Rappler in a Skype interview from his home in Utrecht, the Netherlands.

“Even before, while he was running for the presidency, he will be concrete in one way and contradict himself another way,” Sison said. 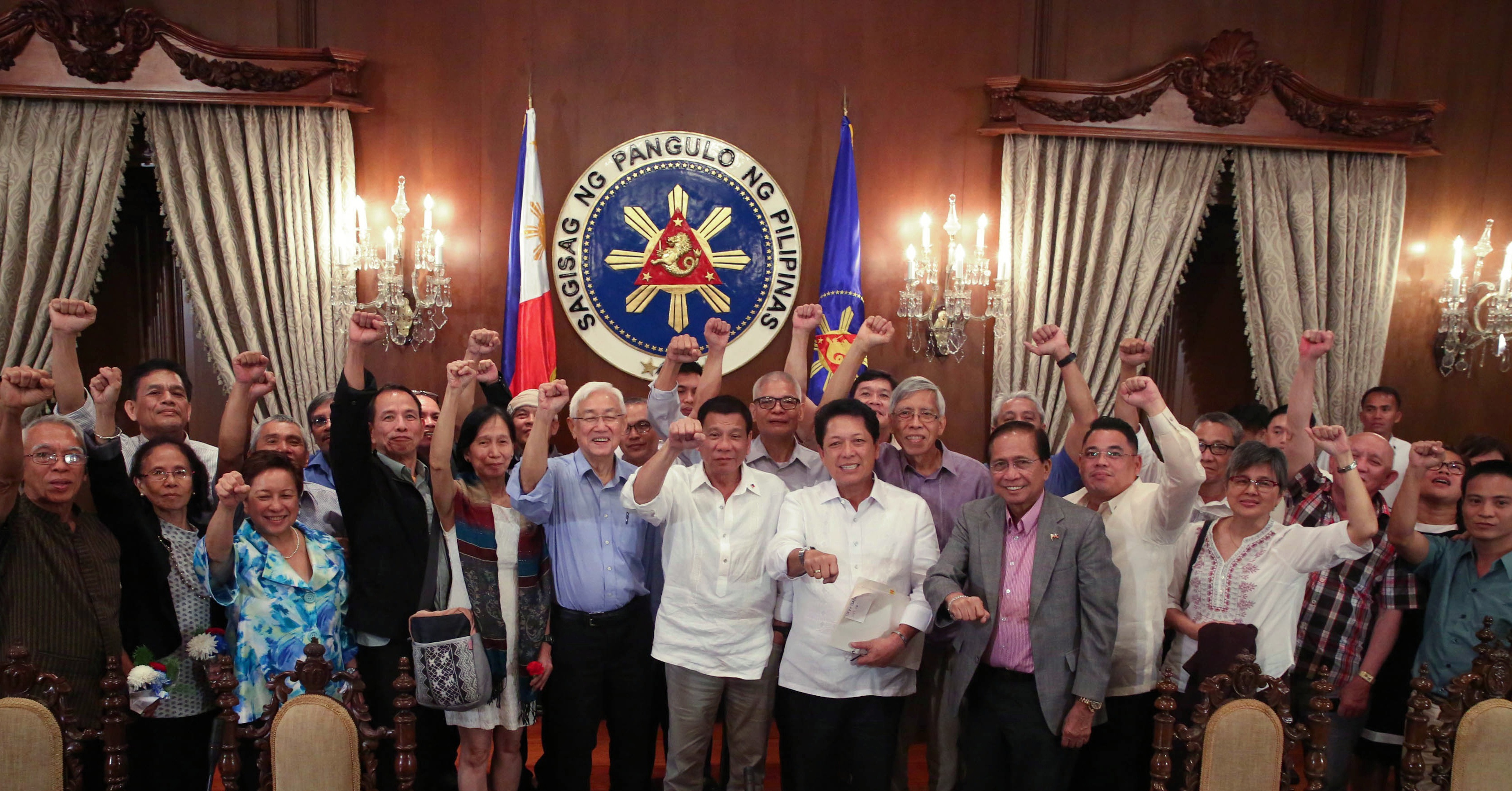 Indeed, Duterte was not only concrete. He made grand gestures to show his commitment.

Duterte promised peace with the communists during the campaign. A video of his Skype conversation with Sison where they agreed on necessary reforms – develop local industries, implement genuine land reform, and many other things the rebels have been fighting for – was widely reported in the news.

When he became president, he appointed CPP nominees to his Cabinet, giving them key agencies like the Department of Social Welfare and Development, Department of Agrarian Reform, and the National Anti-Poverty Commission.

A few months into his term, Duterte ordered his officials to file petitions in court for the release of about 20 jailed CPP leaders, including the Tiamzons, so they can join the peace negotiations. In Oslo, cameras clicked for the historic reunion of two icons of the communist movement – Sison and Benito Tiamzon – who were previously rumored to have a falling out.

While there were those who had dismissed talks with the Left as a lost cause, Duterte’s negotiators believed they had the ingredients for a successful peace agreement. Duterte had shown the political will that his predecessors lacked. Benito Tiamzon’s participation in the talks was also believed to be a game changer.

The government previously accused the Sison-led National Democratic Front (NDF) of inability to control the NPA on the ground. Former CPP chairman Tiamzon, who was arrested in 2014, should keep them in line, they believed. It was worth a try.

Duterte said all the right words. He promised that the rest of their comrades would soon gain freedom though he probably did not realize it meant releasing 400 more from jail. He said he also wanted Sison, his former professor, to finally come home.

How did the communists reciprocate Duterte’s grand gestures? In an unprecedented move, they said yes to an indefinite ceasefire.

It is also important to note that Duterte’s alliance with the CPP meant he enjoyed relative peace from street protests, although they did mobilize on a few ocassions. The Left would be criticized over its relative silence about the growing human rights violations committed in the name of Duterte’s war on drugs. 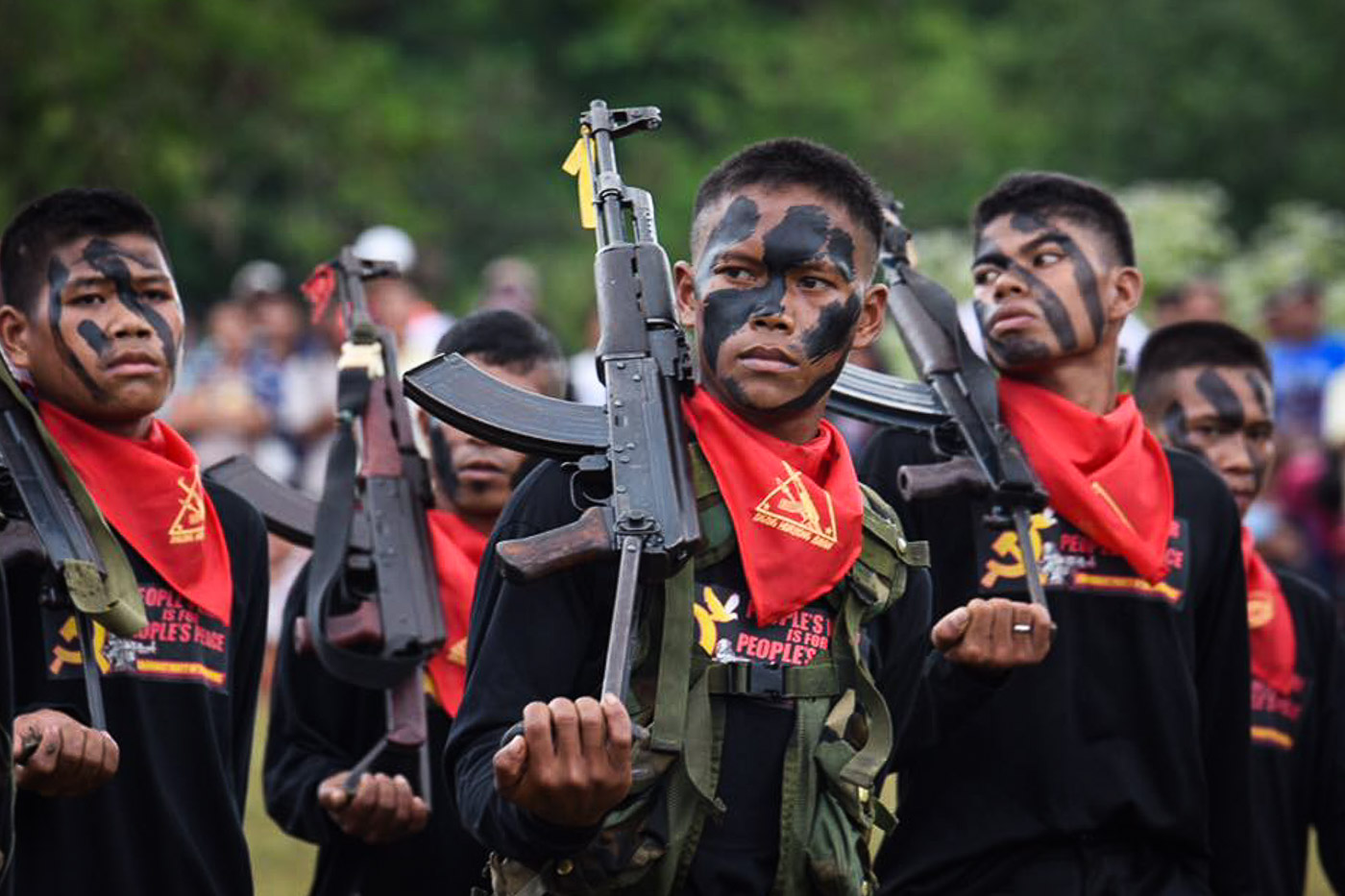 Government chief negotiatiator Silvestre Bello III hoped that the talks would be completed within a year. His deadline came and went but they were no closer to a peace agreement.

The peace talks have reached a low point. Duterte did not only formally cancel the talks, he officially declared the CPP-NPA as a “terrorist organization” – a threat his predecessors had also made but did not follow through.

The presidential proclamation fanned growing fear among the communists that Duterte was not sincere about the talks. He did not put up a fight when Congress rejected the appointments of his Leftist Cabinet members. A few more political prisoners were released but not as many as the CPP wanted.

He also threatened to arrest Sison if he tried to come home.

The Facebook timeline of Sison is a testament to how his world has turned upside down. “Nire-review ko ngayon. If you look at the memory of my Facebook timeline, last year nakita ko, kami ang nagrereklamo all the way. Bakit puro offensive ang military?” Sison told Rappler.

(I’m reviewing it now. If you look at the memory of my Facebook timeline, last year I saw we were the ones complaining all the way. Why was the military conducting offensives?) 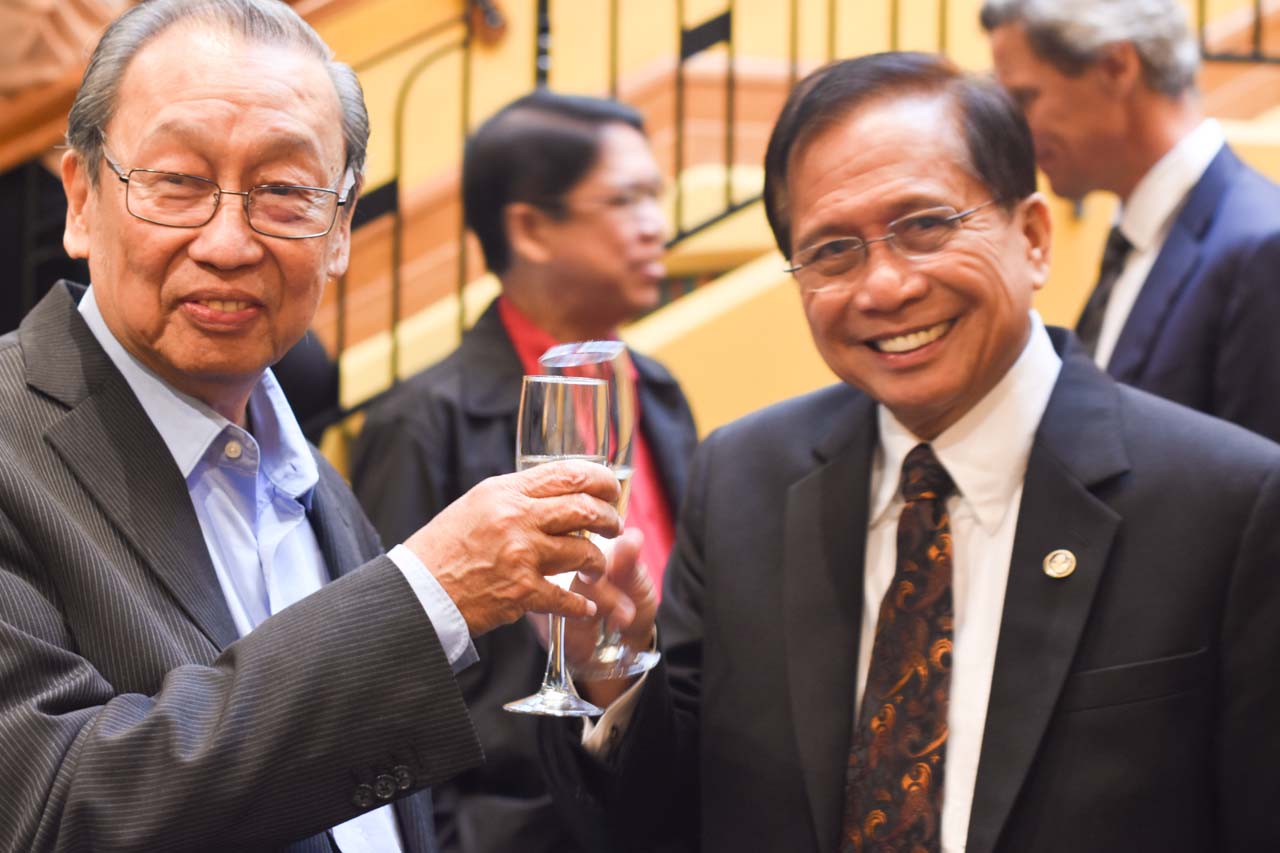 Who failed the talks?

When the talks broke down, both sides claimed betrayal. While the communists accused Duterte of falling short on delivering his promises, as early as December 2016, the President had already argued that the government had conceded too much to the communists too soon. His aides have given the same explanation.

There are those who believe that the CPP’s decision to withdraw its ceasefire declaration in February 2017 caused Duterte to turn against them. He supposedly saw it as a “betrayal” of his own friends.

Duterte retaliated by cancelling the talks altogether. The statements critical of the Chief Executive and street protests that followed only aggravated the tension.

Negotiators were able to revive the talks even as the fighting resumed, but it would never be the same again. “After the 3rd round, wala nang matinong round (there was no decent round anymore),” said an insider.

The government objective in declaring the CPP-NPA as a terrorist organization is clear. They will not only run after the NPA combatants but also alleged “front organizations” that support the insurgency.

“The label is more of a political move. Through the branding of terrorism, we will be able to resort to laws applying to terrorists. Expect that we can impose harsher penalties against these lawless elements,” said Armed Forces chief General Rey Guerrero.

“The intent is to defeat the armed groups. We have to look for the support system that fuels…the armed struggle,” Guerrero added.

The court process to formally declare the communists as terrorists will take years, based on the experience of the Abu Sayyaf Group.  But Duterte doesn’t have the patience to wait. He got Congress to extend the military’s martial law powers to hunt down the communists and weaken them before they celebrate their 50th anniversary next year. 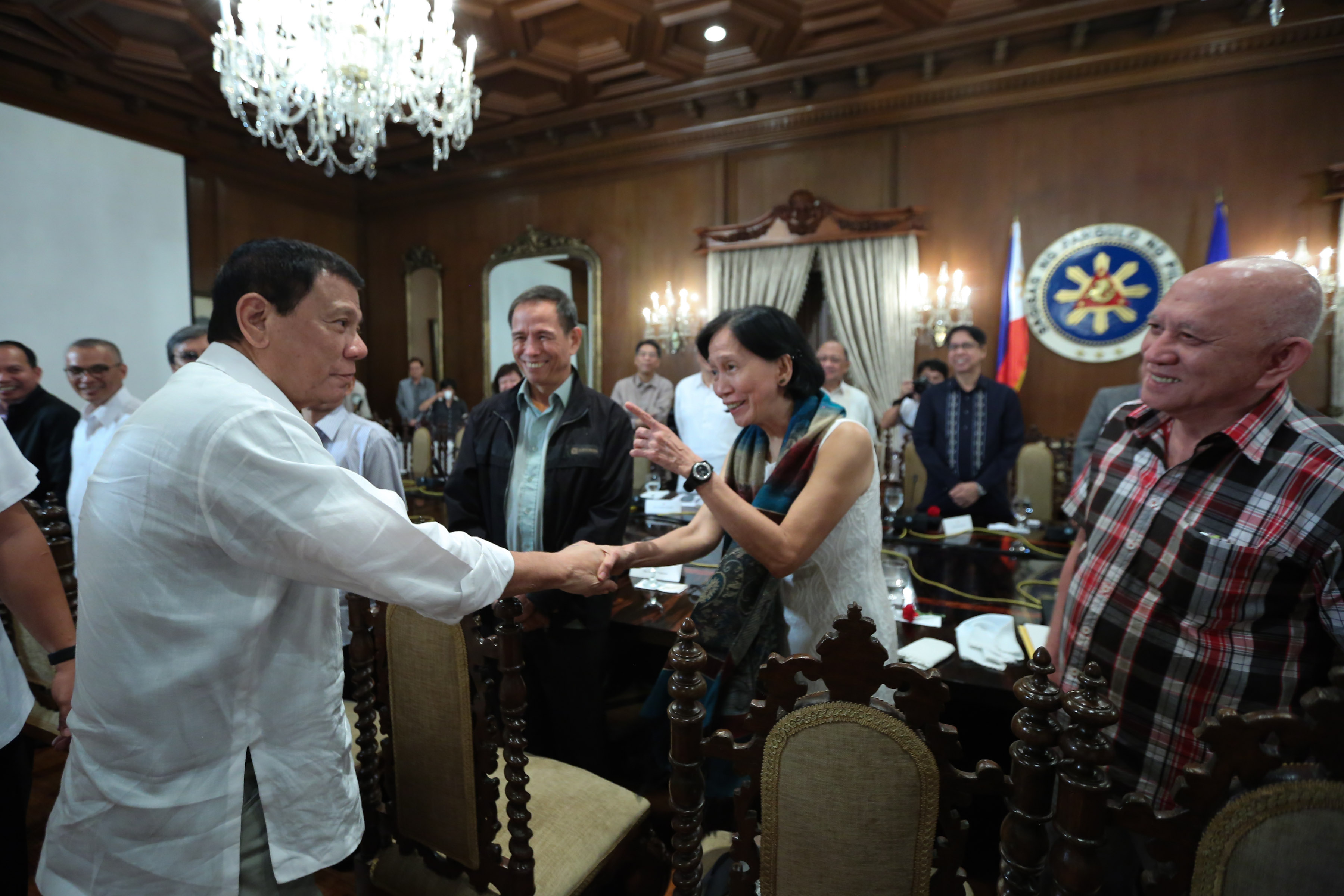 Duterte and the military

In his earlier visits to military camps, Duterte used to explain the importance of the peace talks to end the war with the communists. Duterte said he wanted to leave behind a legacy of peace.

When the leftist group Kadamay occupied homes built for soldiers and police, Duterte asked for the latter’s understanding.

“I will ask you soldiers and policemen, bitawan ‘nyo na lang ‘yan, ibigay na lang natin sa kanila kasi mahirap sila (just let the units go, let’s give it to them because they are poor)…. I will look for other land nearby, or contiguous to the area and I will make better ones, with water and electricity,” he promised the troops, amid criticisms that he was spoiling the Left.

While Duterte courted the communists, he made sure to pamper the military too. He promised them higher salaries. He made sure to visit wounded soldiers, pinned medals on them, and wept with them when they lost fellow soldiers.

It was a difficult balancing act but it seemed, for a time, that Duterte could replicate an arrangement he had in Davao City back when he was mayor. But what worked in his hometown didn’t always work nationwide, he would realize.

Military officers did not believe the communists to be sincere in the talks, convinced that the CPP’s singular objective is to overthrow the government. The CPP feels the same about the military, always wary that generals will sabotage the talks.

But both were committed to Duterte, and the ceasefire held for nearly 6 months. In the meantime, the tension on the ground was growingly untenable. The first clashes erupted in Cotabato while the 3rd round of talks was ongoing in Rome. It was the beginning of the collapse of the talks.

The CPP withdrew its ceasefire declaration a few days later, surprising government negotiators who were still trying to prevail upon both sides to keep the truce.

Talks continued even when the ceasefire declarations were withdrawn. But clashes on the ground and Duterte’s speeches that demonized the rebels didn’t help gain public support for the talks.

Rappler learned the military has initiated a system wherein they provide Duterte daily updates on the country’s security situation. It meant he would know about each incident on the ground. 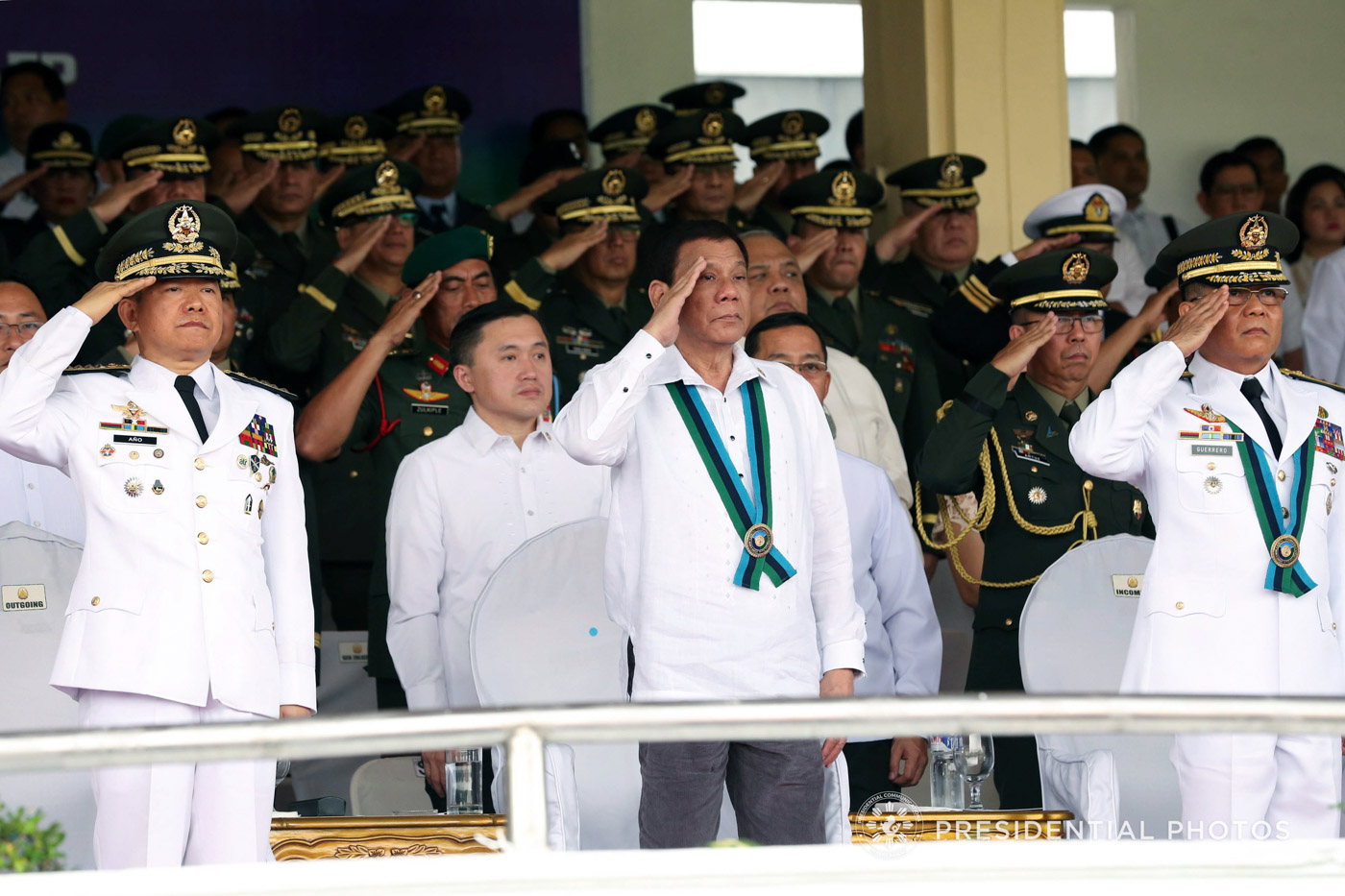 Still, negotiators from both sides worked hard to save the talks even as the word war and the clashes on the ground escalated.

They had been holding backchannel talks and were ready to sign a “stand down agreement” – possibly by December 2017 or January 2018 – that would put an end to the worsening clashes. But another incident in November prompted Duterte to blow his top and cancel the talks anew: a 4-month-old baby was killed in an NPA ambush that targeted troops in Bukidnon.

“What I cannot understand is we are just ready to give him the kind of ceasefire possible and he backs out,” Sison told Rappler, adding that they envisioned to seal a deal by 2018.

Duterte’s reasons clearly go beyond the incident in Bukidnon. He claimed to know the private conversations among the communists and he didn’t like how they were discussing a coalition government as the end game.

Sison believed the November visit of US President Donald Trump in Manila had something to do with Duterte’s change of heart. “Maybe Trump said something like, ‘We’ll give you what you want. Just kill the communist armed forces as much as you want. You don’t have to go to peace negotiations,'” said Sison.

Is Duterte’s romance with the communists over?

“Pahinga muna tayo….Nagkalabuan lang (Let’s take some rest… It’s just a disagreement),” Duterte said in a speech on December 8. It suggested that another change of heart is not impossible, although he would again demonize the CPP in another speech days later.

Chief Peace Adviser Jesus Dureza is not closing the doors. “Let’s not speculate. Let’s wait for developments as they take place,” he told Rappler.

That’s the thing with Duterte. He can always change his mind. But who’s waiting? – Rappler.com

TOP PHOTO: OLD DAYS. This Malacañang photo shows National Democratic Front (NDF) senior adviser Luis Jalandoni breaking out in laughter in what appears to be a reaction to a quip made by President Rodrigo Duterte during a visit to Malacañang Palace in September 2016. Behind Jalandoni are his wife, Connie Ledesma, and tagged Communist Party of the Philippines (CPP) former chairman Benito Tiamzon, both of whom sit as NDF negotiators. Behind Duterte are government negotiators Jesus Dureza and Silvestre Bello III.