Can a psych report be used in the Sereno impeachment? After months of hearings conducted by the House justice committee to determine probable cause in an impeachment complaint against Chief Justice Maria Lourdes Sereno, it was a clinical psychologist who put an exclamation mark to the proceedings.

Geraldine Tria, clinical psychologist and “expert witness” or amicus curiae to the impeachment committee, stated categorically on Tuesday, February 27, that she would not have recommended Sereno to the top judicial post, “based on the findings” and her assessment of the top official’s personality.

Tria had just come from a closed-door session with members of the justice committee and psychiatrists who evaluated Sereno 6 years ago, when she was being considered by the Judicial and Bar Council (JBC) for the SC chief justice post. The JBC vets and recommends appointees to the court.

“You have 9 manifestations, and there are strong indicators that 5 out of 9 [are] actually manifested, like grandiosity, unlimited power, sense of entitlement, interpersonally exploitative in order to take advantage of others in order to achieve his or her end, lack of empathy and sensitiveness to the needs of other members in the community,” Tria told the committee.

She was referring to an assessment based on the standards of the Diagnostic and Statistical Manual of Mental Disorders (DSM), published by the American Psychiatric Association.

When asked by lawmakers if she could have recommended Sereno to the post chief justice, Tria was firm: “Based on the findings, [she is] not recommendable,” she said.

When Deputy Speaker Gwendolyn Garcia again asked Tria if she would recommend Sereno, the psychologist said: “Based on the interviews, I gathered [that] there are those with higher mental ability. Why not choose them?”

But can a psychologist – who never interviewed or even interacted with Sereno – give an evaluation and offer a conclusion as damning as the one Tria made?

Based on standards in psychology, Tria’s testimony and the conclusions drawn from it were bothersome at best, and flawed at worst. 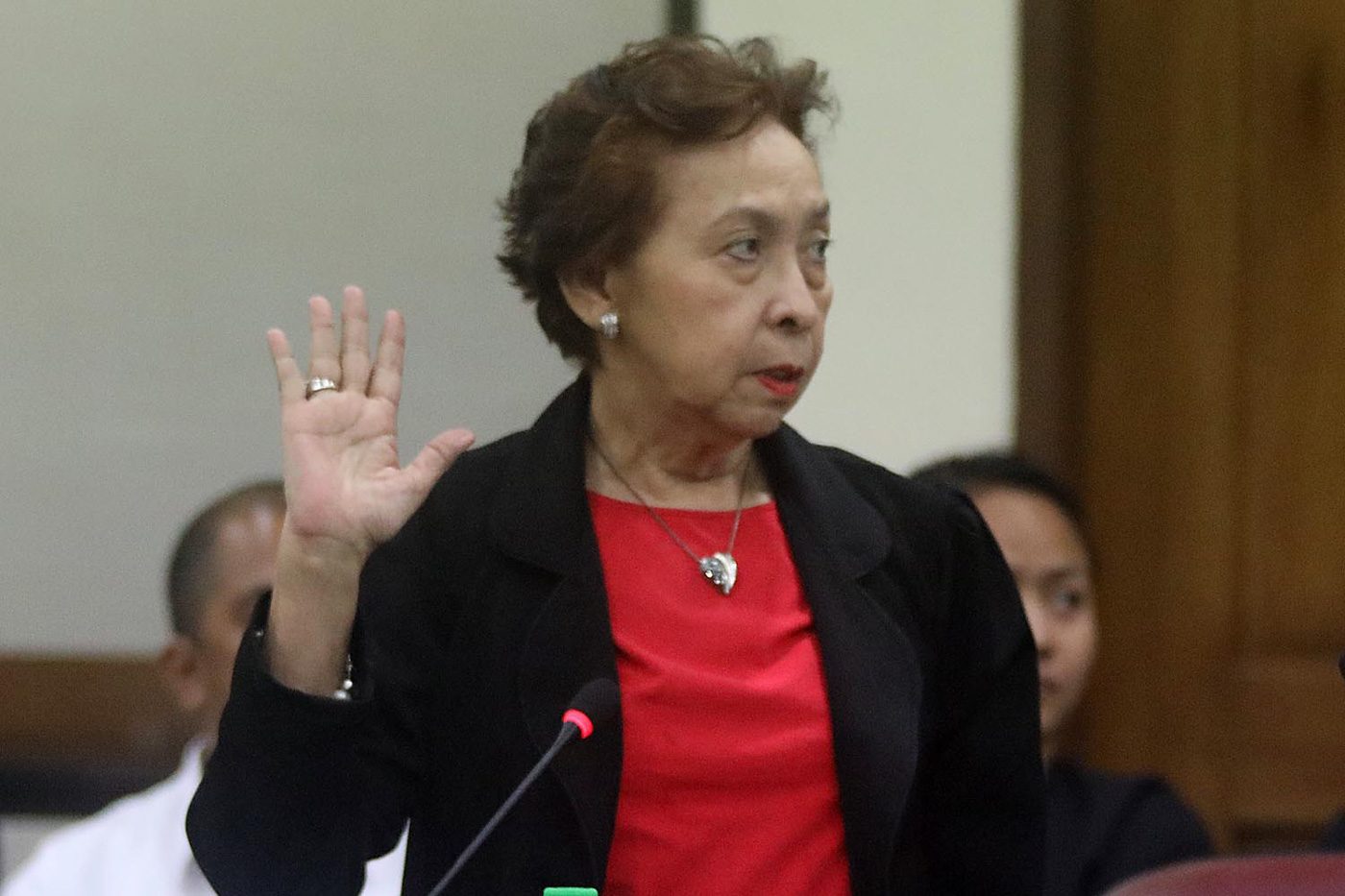 Tria, according to committee chairman Reynaldo Umali, based her “expert testimony” on 2012 and 2014 Manila Times articles. These reports claimed Sereno had gotten a “grade of 4” from psychiatrists of the JBC.

“I just based [it] on how many months you’ve been deliberating, listening to the justices [and other resource persons],” added Tria, while noting that she had no way of evaluating “other attitudes” because she “[had] no way of knowing [Sereno].”

Sources who attended the closed door sessions said Tria was actually given a copy of Sereno’s 2012 psychiatric report, which contained results of the test she took when she applied for the post.

Quezon City 6th District Representative Jose Christopher Belmonte asked if Tria was allowed to make an assessment of Sereno even without speaking to the Chief Justice.

Tria said assessments can also be made based on “observation over a period of time” – apparently referring to the public hearings of the impeachment committee.

Over the course of 15 hearings to determine probable cause in the impeachment complaint, resource persons – including Sereno’s colleagues in the Supreme Court – have testified on lawyer and complainant Larry Gadon’s allegations.

A handful of them, associate justices of the High Court, did not speak in Sereno’s favor. (READ: Sereno impeachment: Cracks in the Supreme Court)

Throughout the hearing, Sereno’s colleagues in the Court accused her of “deceit”, of disrespecting the en banc, and treason, among others.

The gripes against the Chief Justice could be summarized in a memorable line from Associate Justice Teresita Leonardo-De Castro: “Until when will we suffer (Hanggang kailan kami magtitiis)?”

Psychology and psychiatry are different disciplines.

Psychiatrists are doctors. They first earn a bachelor’s degree, then a medical degree, before they can finally take their specialization. This means psychiatrists typically evaluate people based on pathology or the study of diseases.

“It is really steeped in academics, research, and part of that is, of course, the construction of assessment tools, the use of and the construction, use of interpretation for psychological evaluation. That’s part of a psychologist’s training that’s not necessarily part of a psychiatrists’s training,” Arsenio Alianan Jr, an assistant professor at the Ateneo de Manila Department of Psychology, told Rappler in a phone interview.

Alianan, who teaches psychological testing, laid out 4 methods that psychologists turn to when evaluating a person: interview with the subject, observations, standardized norm reference tests, and “informal assessment methods”.

Professionals follow standards in each of the methods of evaluation. For instance, Alianan noted, psychologists should interview a person directly because it’s easy for another person to “malign” the subject.

Collateral interviews – or interviews with people who know the subject – can be useful, but “the interview with the person you are treating is a must.” “Observation” means watching how a person behaves in his or her home, at work, or in school. But given limited time and resources, psychologists typically conduct observations when they conduct the norm reference test, or those that compare a person to the “norm” in a group of people.

That means that if one were to be evaluated here, it would be done in comparison to the “norm” in the Philippines.

“The less you use, the less valid or the lower the standards of your assessment. Typically, it’s a combination of these methods [that psychologists use],” explained Alianan, who also co-chairs the clinical division of the Psychological Association of the Philippines (PAP).

Tria, based on her own account and Umali’s statements, seemed to have used only the second and perhaps the 4th method: observations and informal assessment methods.

She had also apparently been given a copy of the exam results itself, although Alianan said even using that as basis is questionable.

Alianan said among the biggest issues in Tria’s testimony is the use of an assessment that was done as part of Sereno’s application for the post of chief justice.

“Whenever you do an assessment, you need to have a clear purpose…because you will look at different things, there are different aspects [to evaluate],” he said.

This wouldn’t be the first time, said Alianan, that a psychological report was used in the wrong context to assess or evaluate a public official’s character.

It happened to Duterte, too, who was then a potential presidential candidate when the media reported in 2015 about a psychological report that was used in his annulment proceedings.

“The annulment is about his relationship with his wife. How can it be used in [the context of] his running for the presidency? It’s incoherent,” noted Alianan.

The PAP then came out with a statement against the misuse of that psychological report in assessing Duterte as a presidential candidate.

The PAP also highlighted that “we do not utilize outdated and possibly obsolete assessment results to describe and explain an individual’s current functioning.”

This applies to Sereno, too, according to Alianan.

The psychology report, which was the basis of the Manila Times reports and, later, Gadon’s complaint, was completed in 2012. 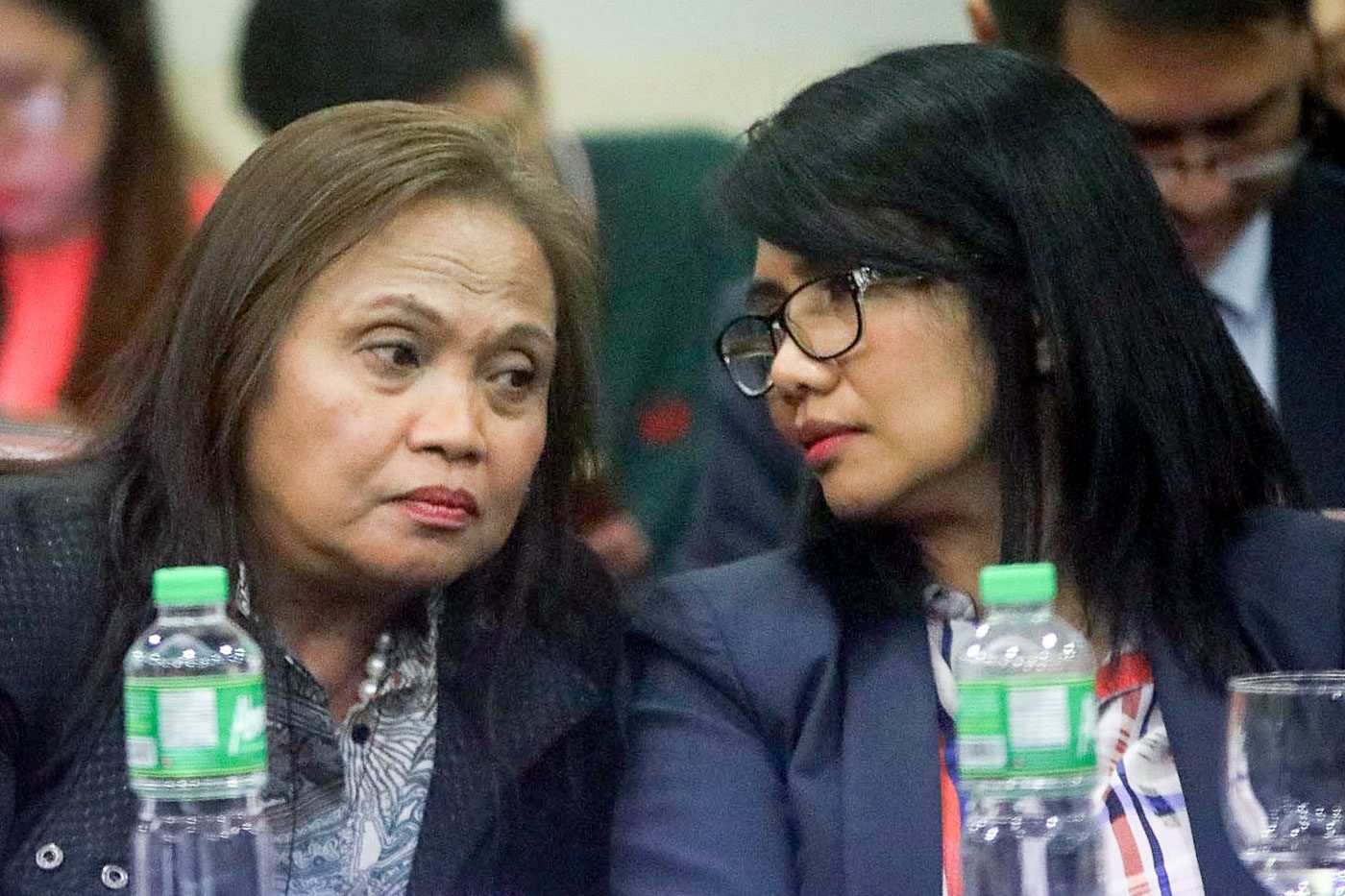 Tria, a clinical psychologist herself, used that assessment and the 5 signs of “mental disturbance” to analyze Gadon’s allegations against Sereno.

She said the purchase of the luxury vehicle (Sereno’s official vehicle as chief justice) and the use of public funds were signs that she was “interpersonally exploitative in order to take advantage of others in order to achieve his or her end.”

Sereno’s tendency to “ignore” the en banc and make decisions of her own, said Tria, were also indications of being exploitative and of her having “fantasies of unlimited power.”

That she was allegedly the reason for the delay in the disbursement of benefits for judges and their spouses showed she lacked empathy, said Tria. She noted this showed a “pattern of behavior” in Sereno’s actions.

Alianan, however, said that even this standard – the 9 “signs of mental disturbance” – was a puzzle to psychologists. Rappler checked the Diagnostic and Statistical Manual of Mental Disorders and found no list of 9 “signs” that indicate mental disturbance. Alianan said Tria should clarify what she meant during her testimony.

Besides, Alianan pointed out, many of the signs – as widely reported in media – could apply to anybody. “The truth is, all of us can do those things. What would make [her] different from you and me?”

Before Tria was allowed to speak on February 27, Umali laid out her credentials.

Alianan said he had no doubt about Tria’s credentials, but he wasn’t sure if using a previous evaluation to explain later behavior was a “good practice in psychology.”

Tria declined requests for a media interview after the hearing.

The Chief Justice’s being “unfit” for the job because she supposedly “failed” the psychological exam when she got a 4 out of 5 (with 5 being the “lowest” score) has been among the strongest points made by Sereno’s accusers, and even members of the impeachment committee.

“As far as the ratings are concerned, they are recommendatory. It’s not the only criteria for application…. We don’t even like to use the word ‘failed’ because that is the wrong connotation,” said Alianan. Members of the JBC who testified before the committee said as much.

“There is no such thing. Nobody fails it. It just means that, based on the assessment, she is not fit for the job. That’s the only meaning there. Can the assessment be wrong? Yes. There’s a huge margin of error there,” he added. Still, however, accusers and lawmakers, including House Speaker Pantaleon Alvarez himself, said the psychological report itself could “invalidate” Sereno’s appointment because she “betrayed public trust” by making it seem like she was psychologically fit for the job.

Umali said Tria’s role was “to help us out, analyze what these charges are, what the answer of the Chief Justice was, and what our findings were in the course of 15 probable cause hearings” on top of the Manila Times articles.

So what is the best way to “judge” Sereno? Her performance as chief justice, said Alianan.

The 2012 JBC psychological report would ideally have nothing to do with it. – Rappler.com