How an ‘outdated’ law is preventing PH drug war victory 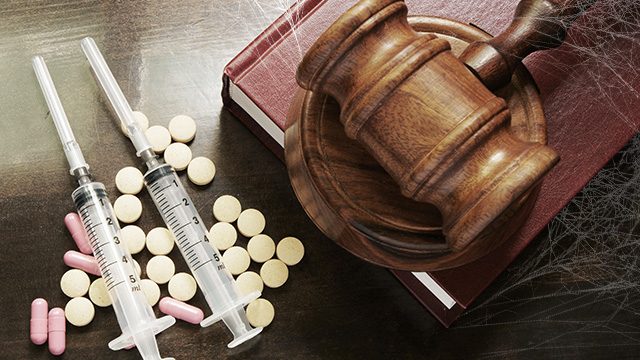 No less than a permanent board member of the Dangerous Drugs Board (DDB), the government’s policymaking body, admitted this on Wednesday, March 21.

“The current drug law is outdated. It was signed 2002. The concerns, the issues, the approaches have changed since then,” Undersecretary Benjamin Reyes said, speaking in a room full of academics, students, and stakeholders in the government’s war on drugs.

Republic Act 9165 or the Dangerous Drugs Act is the blueprint of the Philippine government against illegal drugs.

The law declared that “the government shall pursue an intensive and unrelenting campaign against the trafficking and use of dangerous drugs and other similar substances.” It also mandated the division of labor among government agencies.

But is this “outdated” law a failure? Based on Rappler’s earlier interviews with Senate Majority Leader Vicente Sotto III – the law’s principal sponsor – and former DDB Chairman Felipe Rojas Jr, the law certainly failed at least in terms of implementation. (READ: The dangers of the Dangerous Drugs Act)

DDB Undersecretary Reyes said RA 9165 is preventing the Philippines’ victory in its drug war because of the following: 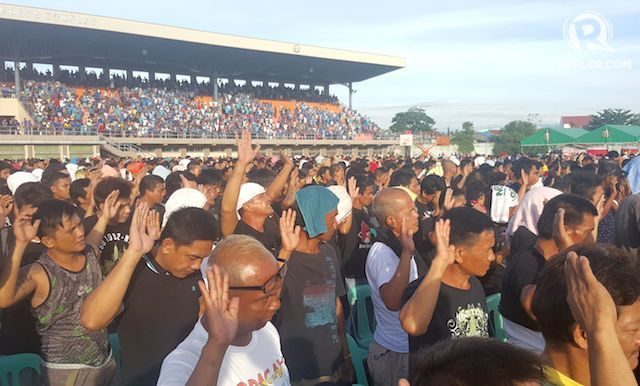 What has changed since the law’s passage?

Reyes recalled that the 2002 Senate and House bills were passed into law at a time when the government estimated that there were only about 1.2 million drug users in the country – almost 3 times less than the present 4-million estimate.

“That time, we were only looking at a few users nationwide, and then now suddenly we were surprised that our law enforcers are estimating millions,” Reyes told Rappler in an interview after the Wednesday forum.

“They are so many, and so the approach should be also different,” he added.

Reyes emphasized the low estimate has brought to light issues in the rehabilitation of drug surrenderers, as millions have already turned themselves over to the government.

For example, Reyes said that in the past, the government could afford to follow strict admission and rehabilitation requirements because there were fewer drug dependents then.

Under the law’s Article VIII, Section 54, a process must be followed before anyone can be admitted for rehabilitation:

But with today’s huge number of drug surrenderers, Reyes admitted that this process is no longer being strictly followed. The DDB, through a Board Order, allowed local governments to admit surrenderers even without a court order, and based on their own requirements.

“The Board expanded [rehabilitation] interventions to include community-based programs not defined under the law. While the law is clear that in-patient programs require court orders, it is, however, silent for community-based surrenderers,” Reyes told Rappler in a text message.

With the sudden deluge of surrenderers, the government has also struggled on how to provide for them, Reyes said.

This has led to local governments being challenged to provide their own programs on how to effectively rehabilitate many people, and the national government agreeing to sweeping deals involving mega drug rehabilitation centers now widely criticized as ineffective. With the country’s drug problem still ballooning even after the law was passed, Reyes said the budget allocation to fight drugs has not been able to keep up.

Under the law’s Article VII, Section 51, “local government units shall appropriate a substantial portion of their respective annual budgets to assist in or enhance the enforcement of [the] Act.”

Reyes said because this provision is too “vague” and weak in wording, many local government units end up neglecting to cash out public money needed to fight drugs.

A manifestation of this is the incomplete activation of anti-drug abuse councils (ADACs) down to the barangay (village) level. According to the latest estimate of the Philippine Drug Enforcement Agency (PDEA), about 12,000 or 28.5% of all barangays in the country have not yet activated their ADACs.

The only way to compel barangays to set aside funds for the anti-drugs campaign, Reyes pointed out, is through legislation.

He cited as example the mandatory budget allocation for gender and development programs under Republic Act 7192  or the Women in Development and Nation Building Act.

The undersecretary floated the idea of requiring barangays to allot a percentage of their internal revenue allotment (IRA) for their anti-drugs campaign.

“Let’s say 10% of their total IRA, just for example. Of course, we need to study the actual percentage,” Reyes explained in a mix of English and Filipino. Reyes then tackled the law’s harsh penalties for violators, specifically those who push drugs, as drug trafficking or pushing is the most common violation.

Under the law’s Article II Section 5, if anyone of legal age and capacity has been caught selling, trading, dispensing, delivering, giving, distributing, or dispatching illegal drugs “regardless of quantity and purity,” he or she may be punished with life imprisonment and a fine from P500,000 to P10 million.

The law also provided the penalty of death until capital punishment was outlawed in 2006.

Because of these hardline penalties, the Philippines has earned a regular spot among countries with the severest punishments for persons violating laws against illegal drugs.

According to Reyes, there is a need to lower these penalties as there are drug users and pushers that can still be rehabilitated and can contribute to the country.

“If you’re a person using a very small amount, for example, a few grams, then maybe we could provide alternative interventions and address the problem,” Reyes said.

He added: “If the person carries a bigger amount of drugs, then it begs the question whether the person is into pushing too. That warrants a different approach too.”

These harsh punishments, along with the current government’s restless crackdown against illegal drugs and criminality, have led to record highs of jail overcrowding, with many detention facilities already bursting with inmates.

In addition, Reyes said many drug suspects are of young age, usually just fresh into the legal age of 18. They do not deserve to be imprisoned for life, he stressed. (LIST: Minors, college students killed in Duterte’s drug war) Reyes said the DDB has been lobbying for changes in the law since 2006 or more than a decade ago. More and more problems have accumulated from not updating the law since then.

Congress has so far approved only one amendment to the law, and it involves the witnesses required for the inventory of seized drugs. This amendment is completely detached from the concerns the DDB has been pushing for.

The most recent of their concerns is the lack of empowerment for the law’s main implementing body, the PDEA.

The Dangerous Drugs Act names the PDEA as the lead agency for its implementation. But over the years, this fact seems to have been forgotten, and it took a memorandum order from President Rodrigo Duterte to remind PDEA of its role in the drug war.

With the present high level of drug proliferation in the country, the Philippine National Police (PNP) had to step in as the muscle of the anti-drugs campaign, but their intervention happened to end bloody.

But PDEA chief Aaron Aquino himself admitted that without enough powers under RA 9165 as well as resources from the government’s annual budget, it is inevitable that they would need the PNP for a victorious drug war.

PNP, with its many resources, has already stepped up in the rehabilitation of drug suspects.

But PNP taking over the drug war is a problem, according to Reyes, because while both the police and the PDEA have strength in numbers, they do not necessarily possess the expertise to lead the drug war on all fronts.

“Maybe we also need to look into the competent skills, technical skills of the people involved in this activity, and so we cannot just delegate that,” he said.

Ideally, the Department of Health should be leading rehabilitation efforts, but Reyes said that right now, the department only has an ad hoc unit to address the drug problem.

“So there should also be an honest-to-goodness organization or unit within the department,” he added.

But will the changes remain only in terms of the number of arrests and surrenders? Or will the government change policies, too, reaping achievements that carry impact beyond one administration? – Rappler.com

Narcotics and gavel image via ShutterStock