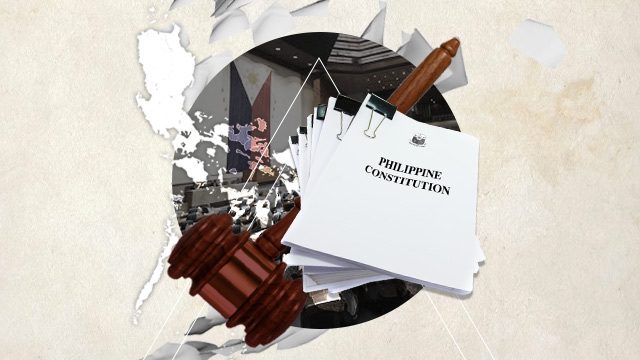 Facebook Twitter Copy URL
Copied
EXCLUSIVE: A complete copy of the draft constitution includes an entirely new article on 'National Security and Public Order.' Here are highlights of each article.

MANILA, Philippines – A complete draft of the Consultative Committee’s (Con-Com’s) proposed federal constitution obtained by Rappler gives a good picture of the document to be submitted to President Rodrigo Duterte for his consideration.

The draft, a June 30, 2018 version, is identical in substance to the version approved by the Con-Com on Tuesday, July 3.

According to sources, there are minimal differences between the two documents, as changes were mostly due to the deletion of redundant wording. Rappler’s comparison of parts of the July 3 and June 30 drafts confirmed this.

The committee has decided not to release the July 3 version to the public until it is submitted to the President.

The complete draft can be found at the end of this article.

Rappler will be publishing a series of stories on the most interesting articles in the draft.

Here are some highlights in the draft constitution:

Article XII – Distribution of Powers of the Government

Below is the draft in full (NOTE: We have reproduced the draft we obtained in another format.):