What Duterte government’s P100M subsidies can do for PGH patients Facebook Twitter Copy URL
Copied
With quicker turnover of patients, funds for medical tests, and access to free medicine in a matter of days, the Philippine General Hospital can treat more indigents

MANILA, Philippines – For over 10 years, Reynaldo Sayco’s life revolved around answering a single question: where would he find the money to pay for this month’s medical expenses?

In 2007, Sayco suffered from a stroke that would force him to return home from work in Dubai. He’s suffered from two more strokes since then – all of which have put him on various medication costing about P3,000 monthly and in need of therapy 3 times a week.

Years of answering that question, however, have made him adept in sourcing funds from the government. So much so that at the Philippine General Hospital (PGH), where he has sought treatment for the past decade, you will find him in the hallways, guiding other patients on the steps they need to take to receive medical assistance.

(I’m used to this, I’m familiar with everything. Everything in PGH, I’m used to it. I even guide people. And even in our [PGH] foundation, every month we have a meeting and I’m the one who shares updates from the Senate, from the Department of Health, from the Philippine Charity Sweepstakes Office.)

Navigating the system, Sayco said, is much easier now compared to previous years.

It used to take him at least 2 to 3 weeks, numerous visits to various government agencies, and endorsement from several politician’s offices to find funds to pay for his medical needs. Now, he is able to secure money from the hospital in a day or two at most. Aside from the shorter time period, his medicines are now shouldered by the government

“Mas maganda ngayon. Kasi noon wala kaming libreng gamot. Ngayon meron na,” he said, sharing that he noticed the development started only in 2017. (It’s better now because before we didn’t have free medicine. Now we do.)

PGH now has money to spend for the likes of Sayco and the other 600,000 to 800,000 patients serviced by the government hospital every year.

Aside from funds provided by the Department of Health (DOH), P100 million in subsidies from the Office of the President have afforded patients access to free medicine and tests.

The message would eventually lead to a meeting with President Rodrigo Duterte, where a check for P100 million was handed to the PGH director.

It’s a story the President himself has shared numerous times.

In a speech establishing “malasakit centers” in Cebu last February, Duterte said he offered P100 million to PGH after he learned young doctors would pay for medical treatment of patients out of their own pockets:

The money would be for the people, Duterte said, especially those who were marginalized or had terminal illnessses.

“So it’s crowded, but I’m happy that whether you are a son of a bitch or a son of just an ordinary policeman, makipag-hingi ka ng tulong (you can ask for help).”

Upon arriving from an official visit to South Korea last June, he shared the story once more.

In an interview with Rappler, PGH spokesperson Dr Jonas Del Rosario said while the amount does not cover all of the patients’ expenses, “P100 million is still P100 million” the hospital would otherwise have not had.

“This is the only administration which has offered to allocate P100 million a month for our service patients,” he said. 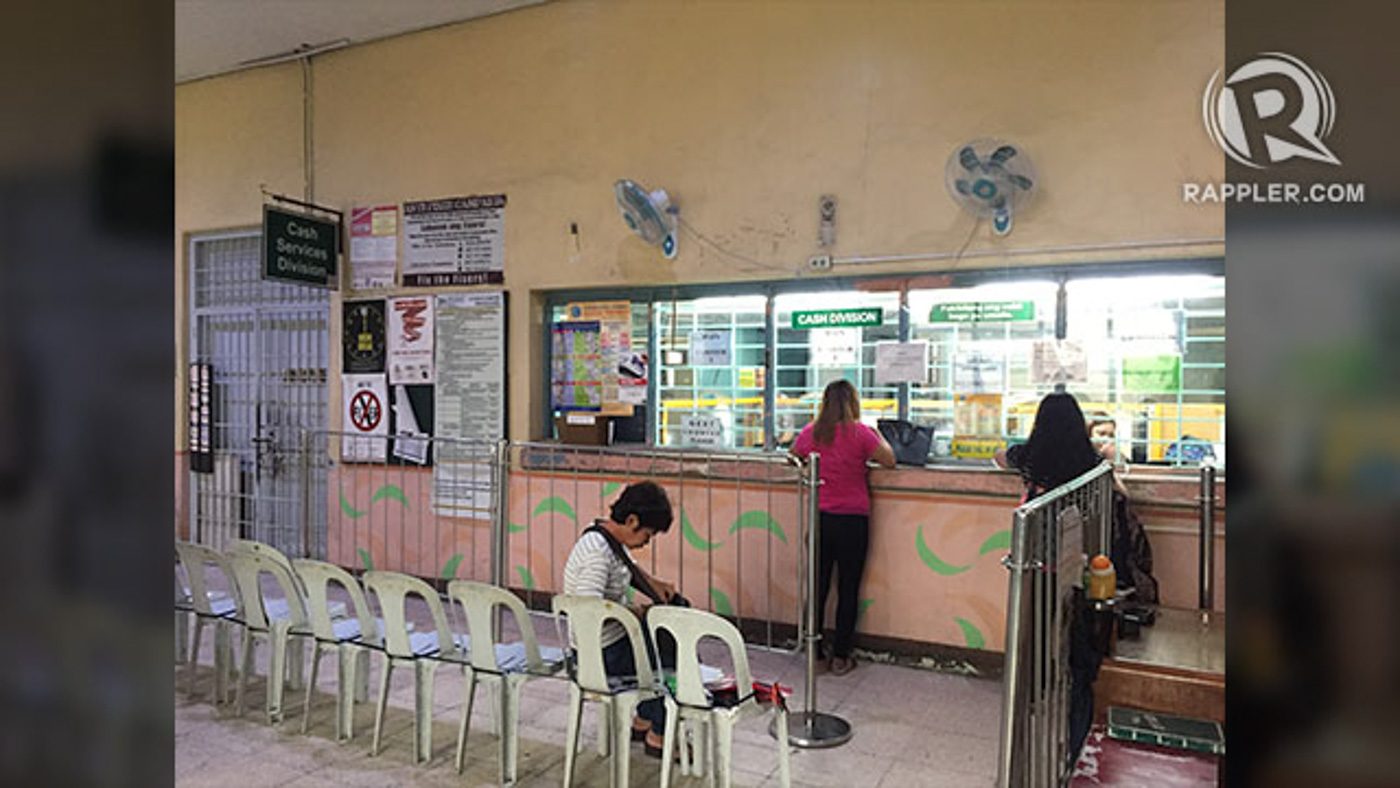 Del Rosario later clarified PGH received the P100 million subsidy twice: first in March 2017 and again in May 2018. The funds were sourced from the Philippine Amusement and Gaming Corporation (Pagcor).

Such was the case, as the hospital had to learn how to properly liquidate the funds in order to receive more, he explained.

Aside from this, the first tranche of the subsidies were also set up with the condition that it could only be spent for medicines, with a limit of P50,000 per patient. 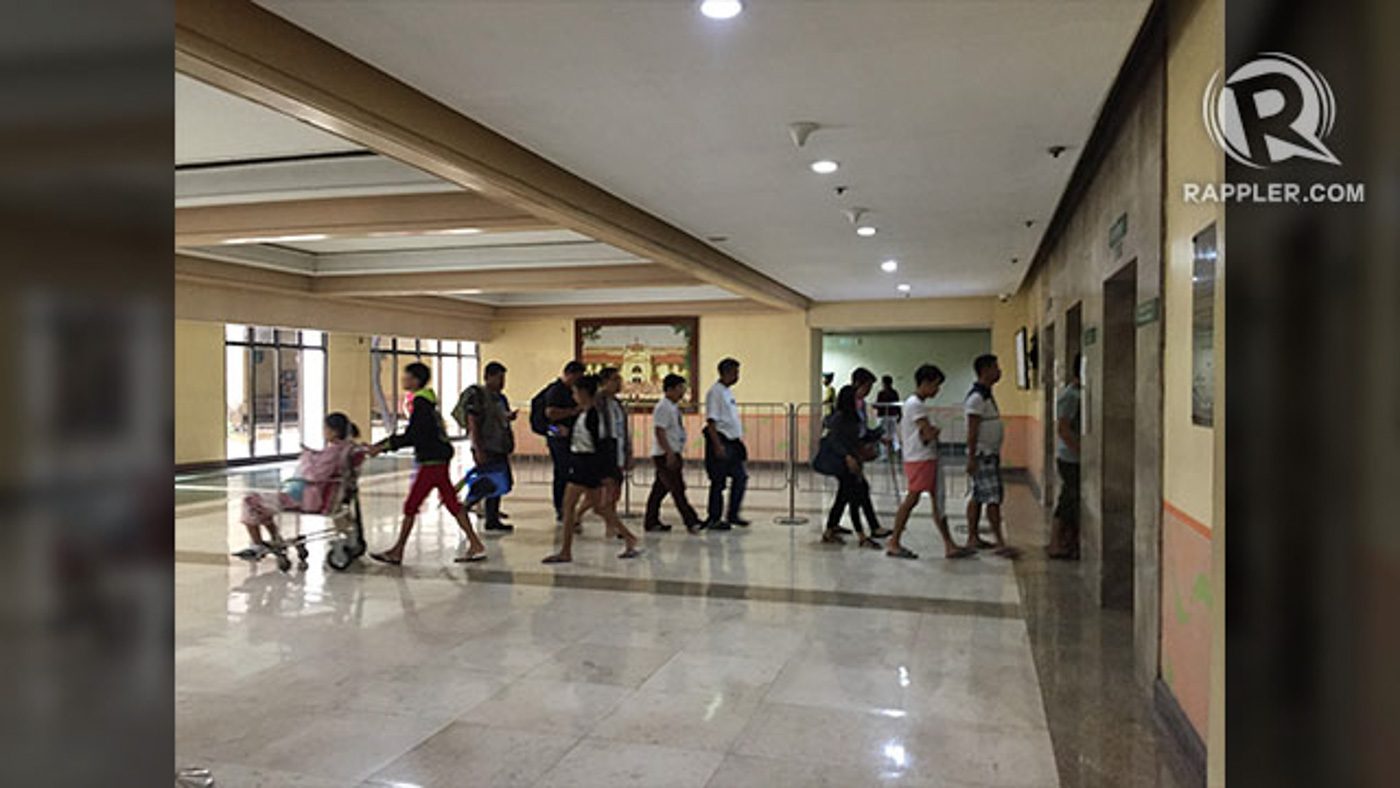 For the second P100 million, Del Rosario said the Office of the President agreed the funds could also be spent on medical devices and tests. The hospital can also petition for more money for exceptional cases, where a patient would need more than P50,000.

“The subsidy helps a lot of our service patients. We are able to do various interventions which our indigent patients won’t be able to afford in a private hospital. An example of this is open-heart surgery, which may cost half a million or a million pesos,” Del Rosario said.

Doing the math, Del Rosario said exceptional cases aside, if the P50,000 cap were strictly followed for each patient, the hospital would still be able to give assistance to about 2,000 patients a month.

Meanwhile, though the subsidies may not cover all the expenses incurred by patients, sources told Rappler many service or charity patients can still complete treatment paying minimal fees, if any at all.

Del Rosario confirmed this and explained it was because the hospital has set up a process wherein patients and they families can tap into several government funds to cover expenses.

Here’s how it works: as soon as treatment is completed, patients or caregivers would need to process hospital bills. First from the available funds to be tapped are subsidies from the Philippine Health Insurance Corporation (PhilHealth). Should this not be enough, guaranteed letters from the Philippine Charity Sweepstakes Office (PCSO) or politicians are then used.

The remaining bill would then be deducted from the funds from the Office of the President, which will be used to cover expenses for diagnostic tests or medicines given to the patient.

If there are remaining charges not yet covered, funds from the DOH Medical Assistance Indigent Fund or the Department of Social Welfare and Development (DSWD) would be tapped. “[Subsidies are] a big help. So, for those who are really indigent patients, they almost do not have to pay. For those who are [service patients], the funds allocated were enough for them. Maraming ganyan sa PGH (That’s the case for many PGH patients),” he said.

Del Rosario also said the additional funding from the President had the most impact in improving PGH’s operations, compared to other health policies or laws intended to improve patient care, such as Republic Act 10932 or the Anti-Hospital Deposit Law.

Under RA 10932, hospital personnel or executives, who demand deposits from patients in serious medical conditions before giving treatment, stand to face a fine of P100,000 to P300,000 or imprisonment from 6 months and one day to two years and 4 months – or both. “It’s like there is a buffer, because if they cannot really make a deposit, then they will be treated in the charity [ward]. Private hospitals don’t have that option,” said the PGH spokesperson.

He explained patients are first treated and stabilized. After that, if they cannot pay, they are transferred to the hospital’s service ward, which private hospitals do not always have the option of doing.

In this sense, he said, measures such as RA 10932 have had little effect on operations compared to additional funds.

“[Subsidies have] significantly helped our operations.The money allows us to pay for diagnostic tests or medicines. That means patients can be worked up faster and can receive the necessary treatment without interruption,” said Del Rosario.

The bottom line would be quicker turnover of patients and the chance to attend to thousands more who travel from all over the country to seek treatment at PGH.

“You don’t worry about where to get this money or that. Patients have a shorter hospital stay which allows others to be admitted to our wards which have limited bed capacity,” Del Rosario said.

More money also means the hospital can channel money from other sources toward infrastructural and personnel needs.

For instance, income from non-service or pay patients, donations from private individuals and corporations, as well allocations from DOH and Congress have allowed PGH to begin the reconstruction of its Emergency Room, which many doctors consider a “battlefield.” While additional funds have done much to help the country’s premier government hospital, what happens if – or rather when – the money runs out?

PGH’s officials know that these additional subsidies are only guaranteed for the rest of the Duterte administration, at the very least.

“That’s what the President promised – Pagcor promised that they have that. I think they’re also doing that in some other hospitals, which is good. So, I hope it never stops,” Del Rosario said.

Asked what would happen should the hospital no longer receive this subsidy, Del Rosario said the hospital would find a way. After all, the question of funding was one it had had to deal with for years.

“We will have to be more creative probably. Hopefully, we can get sources from other people,” he said.

The ultimate goal in terms of funding for the hospital, however, would be to become a self-sustaining institution in 5 to 10 years.

“There will always be a budget for us, but I know that, eventually, what we want to be in PGH is like a model of a government hospital which can really sustain itself,” Del Rosario said. “And then serve as much as we can.” – Rappler.com