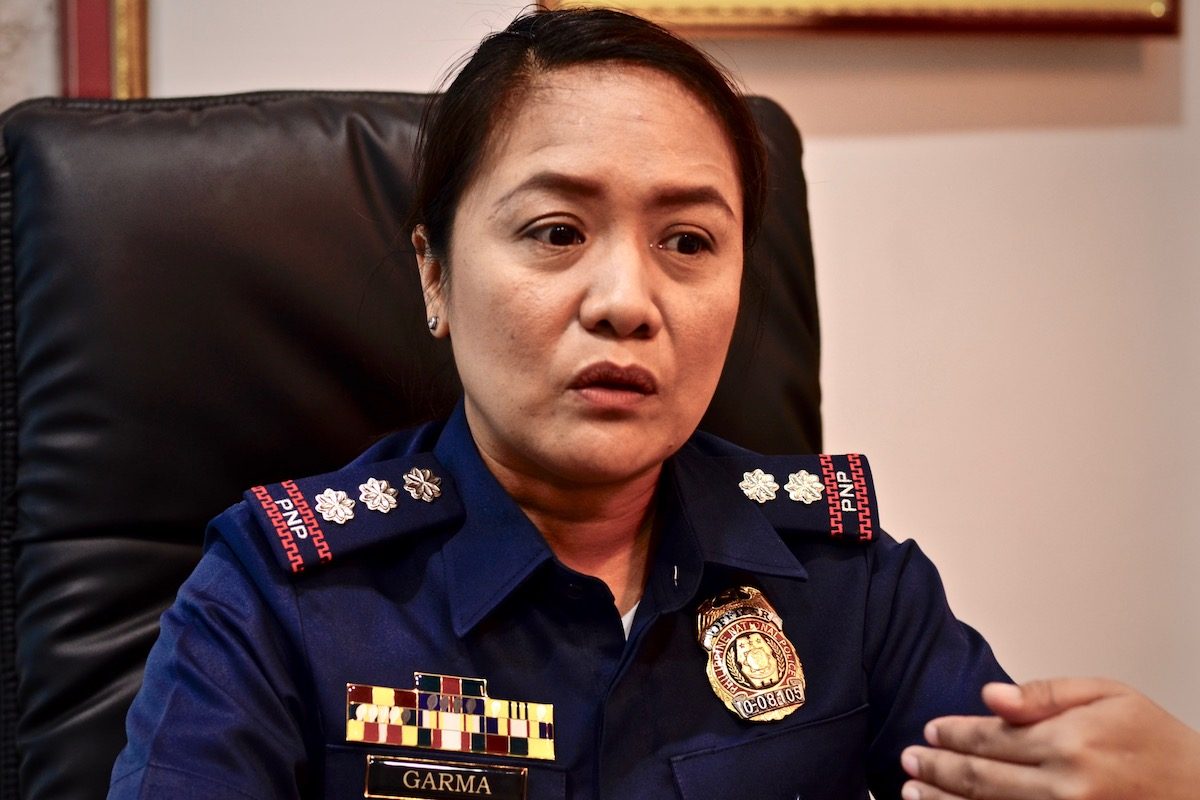 Facebook Twitter Copy URL
Copied
Half a year before Rodrigo Duterte launched his drug war in 2016, killings in Cebu City totalled 32. In the same months in 2018, the police recorded 69.

CEBU CITY, Philippines – October 4 was supposed to be a big day for crime fighting in Cebu province. After a drought in operations that extended for months for the Central Visayas command, police director Chief Superintendent Debold Sinas decided to hold a one-time, big-time operation.

No law violator – whether of the smoking ban or the carrying of illegal drugs – was spared in the region-wide purge. By the end of the day, cops had handcuffed 200 suspects and seized millions of pesos-worth of illegal drugs.

But the regional command’s success was set to be spoiled.

Earlier that morning, a slaughter was happening in Cebu City, the regional center. Before the sun rose over the city’s mountain barangay of Malubog, 5 bloodied bodies sprawled lifeless across the crime scene.

The incident happened just 200 meters from a police detachment, and one of the survivors claimed that the shooters were cops who kidnapped them and brought them to the remote village for what appeared to be an execution.

It’s another killing on another day in the capital city, whose mayor, Tomas “Tommy” Osmeña, himself declared the jurisdiction a “criminal city” that’s “not so safe.”

His hypothesis: it’s because of the cops.

Osmeña said the rise in killings happened with the arrival of Sinas and Garma. The new regional chief of police came on June 4; the city chief, on July 1.

“It definitely started when they came into the picture…. I look at them (cops) as part of the problem, not the solution, and they themselves are the suspects,” Osmeña said in an interview with Rappler last September 12.

The mayor’s accusation is not completely baseless. Since the two top cops took the helm of peace and order implementation in the region and the city, there has been an upsurge in high-profile and sensational cases, mostly related to drugs.

In the span of a month in Garma and Sinas’ watch, an agent of the Philippine Drug Enforcement Agency, a cop, and a businesswoman were killed in different neighborhoods in Cebu City. In an anti-drug operation in one of the poor villages, a 4-year-old boy was killed by a stray bullet.

The killings, she pointed out in an interview on September 13, happened outside of police operations, and investigations have not implicated cops – unlike in Metro Manila, she said, where killings have been linked to cops by multiple human rights and news outlet probes.

Garma said the killings are difficult to prevent because most of them are murders – premeditated and planned. During her first two months, the city police recorded a total of 19 murder cases and 4 homicides.

And these murders, Garma said, have not pointed to any pattern for the authorities to pursue.

“You will see that there’s drug involvement, they have enemies (political and business), personal grudges – and these are things that we do not know about. The police only learn about these once the victim is dead,” Garma said in a mix of English and Filipino.

Osmeña has linked Garma to the killings because she used to head the Criminal Investigation and Detection Group (CIDG) of Cebu province.

The post is now occupied by her classmate at the Philippine National Police Academy, Senior Superintendent Lito Patay – known in Metro Manila to have headed the Batasan Hills police station in Quezon City, which racked up killings in anti-drug operations.

A longtime Davao cop, Garma got on the bad side of Osmeña when, barely a month into her stint, an alleged ambush attempt was mounted against the mayor’s political ally, ex-barangay Jessielou Cadungog, on July 30. The alleged assailant shot down by Cadungog’s bodyguard turned out to be a cop: Police Officer III Eugene Calumba.

At the same time, Garma is a co-respondent of President Rodrigo Duterte in lawyer Jude Sabio’s complaint of crimes against humanity before the International Criminal Court. The complaint specifically accused Garma of “oversee[ing] and supervis[ing] the death squad operations in [the] war on drugs” in Davao City, when she was station commander.

During her first days of office in Cebu City, she announced that she would be using the Davao “template” in fighting crime, which involved intensified enforcement of local laws.

Patay declined an interview, while Sinas has not responded to interview requests.

While high-profile cases were recorded only upon Sinas and Garma’s arrival, the number of killings involving ordinary citizens and linked to drugs had been on the rise in the prior months.

Data from the Cebu City Police Office show the numbers shot up since President Rodrigo Duterte assumed office in July 2016.

This was the time the Philippine National Police rolled out Oplan Double Barrel across the country, and would eventually lead to having at least 33 killed daily in the Philippines.

At the time, Osmeña, a returning veteran mayor, was enthusiastic to command his cops. And he delivered.

During the first few days of the campaign, Osmeña gave rewards to cops who killed drug suspects in the line of duty.

Two weeks into Duterte’s presidency, however, the mayor noticed a rise in drug-related killings in Cebu, and his two trusted cops were replaced by the national headquarters. Santos in the city was replaced by Senior Superintendent Joel Doria, and Comendador in the region by Chief Superintendent Noli Taliño.

In practice, mayors can pick from a short list from the PNP national headquarters who will become his city’s chief of police. This was apparently not observed in the case of Cebu City.

So when the new cops arrived, Osmeña halted his salary-giving program and reward system for cops who were able to kill drug suspects.

Doria worked silently on his own programs, most popular of which was Oplan Pokemon. It brought down the number of killings resulting from police operations, until he left in June 2018.

While the killings dropped during his time, however, their number continued to float above the rate of killings before Duterte’s drug war was launched in the city. From January to June in 2016, the police recorded 32 killings in Cebu City. Within the same months in 2018, they recorded 69. While cops and local officials want to tame, if not stop, the killings, they are far from confronting the problem together.

Cebu City is a metropolis at the center of a country that is a drugs transshipment point.

On one side of this coastal capital is Mayor Osmeña, publicly accusing cops of being involved in the drug-related killings, and sharing on his Facebook page the death threats he receives.

On the other is the political opposition, led by Cebu City Vice Mayor Edgar Labella, standing by the cops and even staging a solidarity rally for them in one of Cebu’s key plazas.

Labella is poised to run against Osmeña for Cebu mayor in the 2019 elections.

While the cops naturally gravitate toward the supportive opposition, their city chief Garma admits they still need the favor of Osmeña.

After all, as the mayor, Osmeña controls the funds for their daily expenses. And despite the public word war with the police, Osmeña has not pulled out funds from their police stations, Garma said.

She does not know if Osmeña would ever pull out his support from the city police, as he has done the same with barangays allied with his opposition.

“Sa ayaw o sa gusto natin, may politics. Ang tanong lang, how intense,” Garma said. (Whether we like it or not, there is politics. The question now is how intense.)

However intense the politics may be, if the killings continue, all of them lose.

Asked where they plan to bring the drug war, the city’s chief of police and the mayor gave differing answers.

She has also publicized her phone number for locals to report crime directly to her.

Mayor Osmeña, meanwhile, is not so sure anymore.

“I don’t know. Usually, the mayor has answers to everything but this one,” he said. “I will have the answers, but right now, I don’t know.” – Rappler.com