Why experts strongly oppose lowering the age of criminal responsibility Facebook Twitter Copy URL
Copied
Lawmakers are set on having children as young as 12 exposed to the criminal justice system. They ignore years of scientific research and evidence.

MANILA, Philippines – Lawmakers in Congress are set on lowering the minimum age of criminal responsibility (MACR) from 15 to 12 years old, a move that runs squarely against the obligation to protect the welfare of children.

When the Philippines ratified the United Nations Convention on the Rights of the Child (UN CRC) in 1990, it meant the country committed to place the best interests of children as its primary concern when crafting policies that concern them. The UN CRC is the most widely accepted human rights treaty in history, according to the United Nations International Children’s Emergency Fund (Unicef).

Despite this, lawmakers in the Senate and House of Representatives have pushed for the hasty approval of a measure to lower the MACR, a pet measure of President Rodrigo Duterte.

It’s a move that experts from several fields, including medicine, economics, human rights, and education, have strongly opposed. Several groups have voiced grave concern over doing so, saying it could expose more children to the gaps of the juvenile justice system, which is already struggling to cope with children in conflict with the law (CICL).

“Lowering the age of criminal responsibility is an act of violence against children. Children who are exploited and driven by adults to commit crimes need to be protected, not further penalized,” Unicef said. “They should be given a second chance to reform and to rehabilitate.”

Armed with years spent treating and dealing with children, experts have said lowering the MACR goes against science and evidence, which proves there are detrimental risks CICLs face at every moment they come in contact with the juvenile justice system.

A review of position papers crafted by medical experts, economists, social workers, and childrens’ rights group showed there were risks posed to children at 3 stages:

These risks, they said, outweigh the other supposed benefits of the proposed measures. Before a child may commit a crime, s/he is is already vulnerable

The first and foremost proof experts cite is backed by decades of scientific research: children are still developing their decision-making capacity and therefore do not know how to fully discern by themselves yet.

According to the Psychological Association of the Philippines (PAP), this means that changes in areas of the brain, which are responsible for impulse control, decision-making, regulating emotions, and evaluating risks and rewards are still taking place. Unlike adults, children are less able to consider and understand the long-term consequences of their actions.

“These abilities, which are involved in criminal behavior, do not fully form until young adulthood, making young people especially vulnerable to engaging in risky behaviors,” the PAP said.

This matters because it means that while children may know right from wrong, they are unable to fully understand the consequences of their actions. Lawmakers, including Senate justice committee chairperson Richard Gordon, have argued that children should be held accountable for offenses precisely because they can distinguish right from wrong.

“Discernment between right and wrong requires intellectual, emotional, and psychological maturity. This is a tall order for children who are still in the process of developing in all aspects,” the Philippine Pediatric Society (PPS) said. “Younger children, therefore, need protection from the law and should not be held criminally responsible for their actions.” The Child Neurology Society, Philippines and Philippine Society for Developmental and Behavorial Pediatrics share the position of the PAP and PPS as neuroscience research has proven that the brain does not fully develop until the age of 25.

CICLs are at a disadvantage even before even committing a crime

Experts also stressed that many CICLs are disadvantaged before committing a crime because they often come from poor, dysfunctional families. They are also vulnerable to coercion.

According to the PAP, brain and moral development can be delayed by cultural and social disadvantages such as poverty, exposure to crime and violence, abuse, and neglect. These factors, which are beyond a child’s control, make it unfair to cast a child as a criminal.

A situational analysis of CICLs completed by the Juvenile Justice and Welfare Council (JJWC) said that a majority of offenses where children were involved – theft and physical injury – were often related to poverty. The JJWC is tasked with overseeing the implementation of the Juvenile Justice Welfare Act (JJWA).

The JJWC said CICLs were also often driven to commit crimes due to a failure to resolve conflict among family members or to properly manage emotions. (READ: Beyond juvenile delinquency: Why children break the law)

The PAP echoed this, saying it was “unreasonable” to hold a child exposed to an “impoverished and brutal” environment criminally responsible for his or her actions.

“To hold a child criminally responsible for such is to put the entire community’s problems on the child’s shoulders,” the group said. 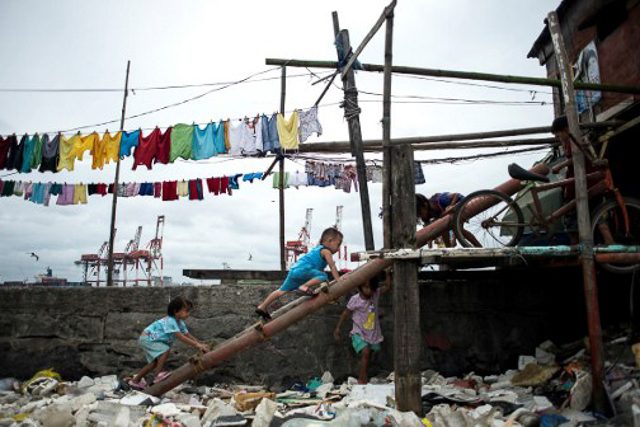 About 73 alumni from the University of the Philippines School of Economics (UPSE) backed this. They said efforts targeted at the youth were misplaced. Data from the JJWC and Philippine National Police showed only 2% of crimes in the country were committed by children.

“A sledgehammer is being used to crack a nut…[proposals] are fixated on an outlier in the system, but one which adversely affects mostly the poor,” they said.

As young people, children are also vulnerable to coercion because they do not have full control over their freedom and decisions. This is where adults and criminal gangs come in.

While the JJWC and social workers have admitted there are syndicates using children for crimes, they said the adults should be punished, not the children, who are mere victims.

UPSE alumni also said lowering the MACR will not stop adults from using children to commit crimes. A change in technique, they said, will merely been seen as a “change in rule.” Criminals will eventually “adapt and use a different strategy.”

In a letter to Gordon, Marta Pais, UN Special Representative of the Secretary-General on violence against children, warned that lowering the MACR would also put more children at risk of violence.

Doing so, she said, would further compromise the “fight against impunity of those responsible for exploiting children in the first place.” The proof against lowering the MACR becomes even clearer when reviewing the condition of majority of Bahay Pag-Asa centers.

While lawmakers claimed that lowering the MACR from 15 to 12 was intended to protect children, they failed to listen to the JJWC itself.

The JJWC said the number rehabilitation houses was nowhere near the total 140 that needed to be built. Nor was the JJWA fully implemented before posing amendments. (READ: Children in conflict with the law: Cracks in Juvenile Justice Act)

The JJWA also mandates LGUs to build and maintain a Bahay Pag-Asa in their areas. They should also appoint at least one social worker to assist CICLs. (READ: When ‘Houses of Hope’ fail children in conflict with the law)

Data from the Ateneo de Manila University Human Rights Center showed only 4% of LGUs appointed licensed social workers. Meanwhile, only 53% of LGUs have allocated 1% of their internal revenue allotment to strengthen local councils to protect children.

In a Senate hearing, JJWC executive director Tricia Oco said there are only 63 rehabilitation centers nationwide – 55 LGU-operated, 5 non-operational, and 3 operated by non-governmental organizations.

But even if existing, not all youth detention facilities are ready to take care of children.

According to Human Rights Watch, visits to a Bahay Pag-asa in Manila showed the facility was poorly run and maintained.

“Water from the toilet leaked to the floors where dozens of children were sleeping, rust covered fenced cages in which children were locked up throughout the day, ventilation was poor, and many of the children had clear signs of skin infections, suggesting poor diet and sanitation,” the group said in a statement. 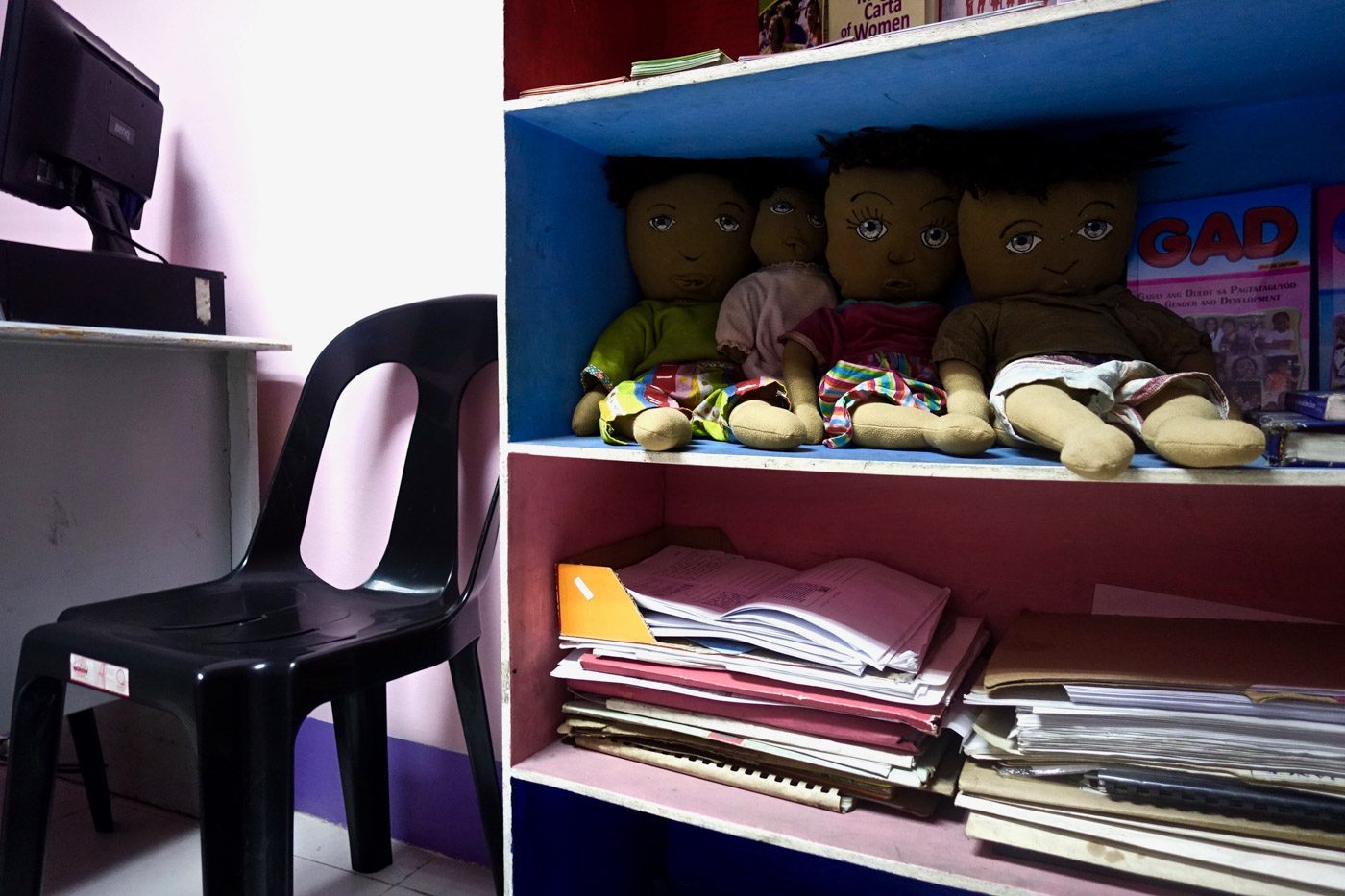 This lack of rehabilitation centers has led to many CICLs being detained in regular jails and detention centers along with adults. While numbers have gone down through the years, more than 800 children were still in jails as of September 2018 – despite restrictions imposed by the JJWA.

For Pais, gaps in the rehabilitation of CICLs are too high a price to pay.

When jailed with adults, children in regular detention centers may be exposed to criminal networks. This could lead to an increased risk of being used for criminal activities at a phase when they are supposed to be rehabilitated.

“It compromises completion of formal education and opportunities to obtain vocation skills; and, it exposes children to higher risk of stigmatization as criminals and to neglect and social exclusion,” Pais said.

Experts strongly oppose the proposal to lower the MACR because it limits prospects for CICLs.

Even after being detained, the PAP said exposing a child to the criminal justice system – or simply labeling a child a criminal – “will more likely establish the criminal identity of the young person.”

Pais added that experiences from other countries coupled with research on criminilogy have showed that introducing children to the juvenile justice system earlier on does not deter crime.

“Lowering the age of criminal responsibility has the effect of bringing more children into contact with the criminal justice system, increasing the rate of incarceration and aggravating the risk of recidivism,” Pais said. This is not to say that CICLs are not held accountable for their actions, as some lawmakers have claimed.

JJWC policy and research officer Jackielou Bagadiong earlier denied that the current law lets children get away with crimes they committed.

“The child still has this liability but we don’t detain [him or her] because given the current state of our jails, it wouldn’t be possible, it would harm our future generation if we do that,” Badiong said during the child protection summit in 2018.

“Our jails in the Philippine setting [are] what we can call school(s) of crime. If a child enters jail, one can be assured that when he or she comes out, she will have had a network of criminals that can assist him or her later on,” she added. The factors that make a case against lowering the MACR seem to have fallen on deaf ears as a majority of lawmakers are still set on pushing a proposal at the expense of children.

The House, after all, already approved its version of the controversial measure on third and final reading last Monday, January 28. Meanwhile, Senate justice committee chairperson Richard Gordon is set to sponsor the chamber’s version of the measure on Monday, February 4.

But while legislators have put much attention on the minimum age of criminal responsibility, measures to care for children shift farther away from the best interests of young people themselves. At the end of the day, lawmakers should be asked if they have done their best to protect children. – Rappler.com

TOP PHOTO: PROTECT CHILDREN. Child rights defenders hold a protest action as the House of Representatives discussed proposed legislation to lower the minimum age of criminal responsibility of children in conflict with the law. Photo by Maria Tan/Rappler