Next in line: Sugar import liberalization Facebook Twitter Copy URL
Copied
After the government manages to speedily pass the Rice Tariffication law, will the same be said for sugar?

MANILA, Philippines – To combat rising prices of agricultural goods, it seems the government’s go-to solution has been to simply flood the market with imports.

The first victim and testing ground was the rice industry. The Rice Tariffication law or Republic Act 11203 was passed quickly last February 14 without a single item vetoed by President Rodrigo Duterte.

A drop in the actual price of commercial rice can come early as both consumers and traders await the influx of imported rice, which could adversely affect the livelihood of local rice farmers.

Now, sugar planters – and those who are part of the sugar industry’s value chain  – are under threat as well after the economic managers decided to pursue deregulating sugar imports under the guise of making the industry more competitive.

Former budget secretary Benjamin Diokno had proposed to go after sugar even before the Rice Tariffication law was signed.

The proposal stems from sugar having a bad year in 2018. It will continue to do so up to this year. Last year saw high prices and low production, and even dwindling workers. (READ: Sugar rush prompts government to import)

Confederation of Sugar Producers spokesperson Raymond Montinola said that the industry at its current state, cannot compete with the likes of the country’s top source of sugar imports: Thailand. 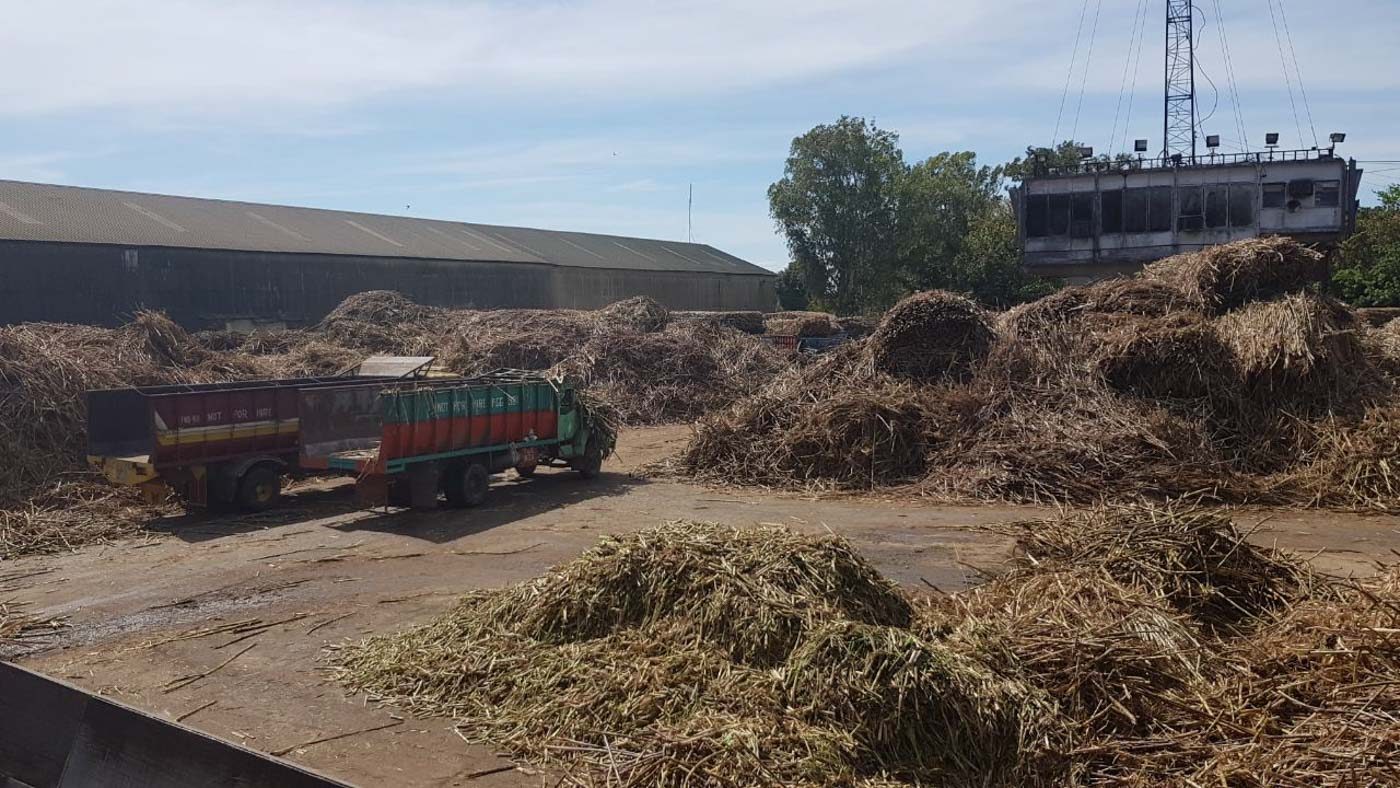 Montinola pointed out that this is because Thailand’s government subsidizes its sugar industry.

The local sugar industry, on the other hand, has been left to fend for itself through the Sugar Regulatory Administration, which tracks supply and control importation.

This year, the estimated production of sugar is expected to drop even lower at 2.079 million metric tons (MMT) from the original 2.23 MMT estimate. This bleak outlook can strengthen the move to allow unimpeded sugar imports but not everyone in government agrees.

Disharmony among the branches

Diokno’s proposal to deregulate imports was contested by the sugar industry. Surprisingly, even legislators came to the industry’s aid. (READ: Gov’t must listen to stakeholders before deregulating sugar imports – Piñol)

Last March, Senator Juan Miguel Zubiri already announced the Senate’s plan to hold an inquiry on the proposal of the economic managers.

In Negros Occidental, the sugar bowl of the Philippines and a hotbed of insurgency, even local government officials are pleading for government intervention.

While the province has been seeing an influx of investments in real estate and solar power farms, “sugar is the heart and soul and lifeblood of the Negros economy,” Lacson said. “Admittedly, we can’t compete with the prices of [imported] sugar,” he added, as it would heavily affect agrarian reform beneficiaries (ARBs) who own from one-and-a-half to 3 hectares of land.

Amid clear opposition from the Senate and local government units of sugar-producing provinces, Socioeconomic Planning Assistant Secretary Mercedita Sombilla said that liberalizing imports has its merits, too.

“What the economic managers believe is that liberalization will make things move. Too much control of the government is suffocating. So that’s [what they are] thinking,” she told Rappler.

“Economic thinking really dictates that let the market play. Let the market play. Too much restrictions will not yield good growth.” However, Sombilla also admitted that it’s too early to tell what the next move will be, with the midterm elections bringing uncertainty in the latter part of 2019.

Trade Secretary Ramon Lopez – despite telling reporters last February that the Department of Trade and Industry (DTI) is already studying how to implement sugar import liberalization – said that it is easier said than done.

Currently, traders who import have to pay only P400 for an import fee, but there are some who sell these rights to other traders. Lopez said that the current scheme does not benefit the government since the money does not reach it.

Aside from the current import fee system, almost all of sugar imports come from Thailand, which means that traders only have to pay a 5% tariff under the ASEAN Trade in Goods Agreement.

So far, the DTI is working on a proposal to make importers pay an extra fee, which can be coursed back to the sugar industry, similar to the Rice Competitiveness and Enhancement Fund feature in the Rice Tariffication law.

Lopez said that the extra fees that will be paid by importers will be returned to the industry to improve the productivity of sugar planters.

The DTI’s study on how to implement deregulated sugar imports is expected to be completed within the second quarter of this year. Philippine Competition Commission Chairman Arsenio Balisacan also pointed out that planning for imports is tough, given that it is harder to gauge the supply and demand for sugar, unlike rice where the projected daily demand for the staple is 32,000 metric tons per day.

Balisacan, who formerly served as the director-general of the National Economic and Development Authority during the previous administration, told Rappler that importation isn’t the only way to ensure enough supply and make the sugar industry competitive.

“Is the government putting money in developing this system? Because it will take time. Developing a research capacity and [creating] new crop varieties will take years. Are we putting money in the irrigation development? Post-harvest facilities? The finance?” he asked.

“Exposing them to competition from outside is one thing, but providing the support system is another. You have to take both. You cannot just do one. You can’t have trade and policy alone. You need the support system.”

Providing enough support for the sugar industry will not be easy as well.

While the rice industry has 2.7 million farmers and 6,600 registered rice millers employing around 55,000 workers, the sugar industry has only 84,000 farmers – most of whom are ARBs – and about 720,000 industrial workers employed further down the value-chain: in mills, refineries, bioethanol distilleries and bio-power generating plants.

According to the Philippine Sugar Millers Association Inc, there is an average of 380 skilled personnel per mill, while refineries add another 70 skilled workers.

The National Federation of Sugarcane Planters Inc, also reported that approximately 5 million Filipinos depend on the sugar industry, whether directly or indirectly. Negros Occidental board member Valentino Miguel Alonso said that the dependents include family members, sacadas, and sugarcane haulers.

Should the sugar industry face import liberalization, some may switch to other jobs or change crops, but sugarcane farmers in Negros Occidental will not find it so easy.

“There are sugarcane farmers who have planted other crops before but they have no market. After 3 or 4 years, they go back to planting sugar.”

What government could lose

With the loss of employment also comes the loss of revenues and investments the government can reap. Citing data from the Board of Investments (BOI), PSMA reported that BOI-registered projects from 2008 to 2018 recorded P8.1 billion in investments.

Investments and revenues aside, there could also be less energy in the power grid as some sugar mills also have co-generation plants, too.

Using bagasse, or the leftover pulp from sugarcane, to power generators, some sugar mills such as the First Farmers Holding Corp, have become self-sustaining by generating enough electricity to power their own operations and then sell the excess energy to the grid.

If sugar liberalization pushes through, farmers and politicians alike fear for the worst: the rise of insurgency.

Third District board member Manuel Frederick Ko said it has happened before, when the sugar industry in Negros Occidental was monopolized by a Marcos crony in the 1980s.

“We don’t like what happened during the ’80s [to happen again]. We abandoned our farms, we couldn’t do it anymore. We would have lost financially if we continued operations in all of our farms,” he said in a mix of Filipino and English.

“During those times during the ’80s, all that was needed was for the farm to be declared no-man’s land. So for us, we remembered that during those times, we had to sleep with guns on our backs.”

In 1998, the Comprehensive Agrarian Reform Law was passed in an attempt to restore stability to the agriculture sector. By promising land as a means of livelihood, some insurgents returned and became ARBs.

Negros Occidental, however, remains to be a fertile ground for an insurgency.

Just last March 31, another town council member was shot dead in his own home by a group of men who were allegedly identified as members of the New People’s Army (NPA).

Days before, a police operation in Negros Oriental had led to 14 deaths of suspected NPA members. But human rights and farmers’ groups said that these were peasant organizations that were tagged by government as rebels.

This showed Sugar Regulatory board member Emilio Bernardino “Dino” Yulo’s claim that the potential rise of insurgency is not only limited to Negros Occidental.

“This will hit [other sugar-producing] provinces, and this will equal to social unrest,” Yulo said.