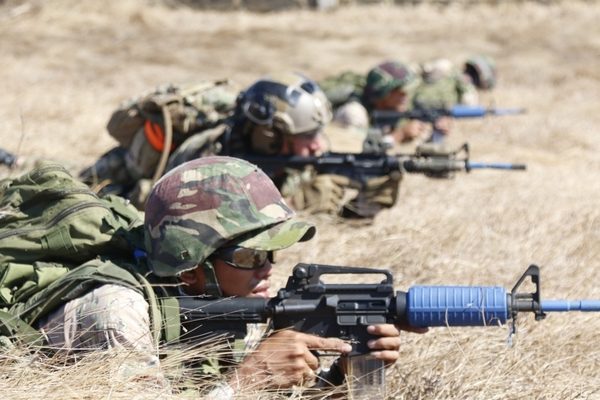 MANILA, Philippines – On Lubang Island, Occidental Mindoro, a black hawk helicopter descended on an airfield as soldiers quickly shuffled out and charged forward amid a staccato of imitation gunfire.

Precise and coordinated, Filipino soldiers, together with American troops, dispersed on foot across the expanse of land to rescue hostages and seize the island back from foreign invaders. In tactical formation, the soldiers wove through buildings until the operation was complete.

The mission was elaborate. It was also scripted.

The simulation, which took place in April 2019, capped off a nearly two week-long event between Philippine and American soldiers – the annual Balikatan (shoulder to shoulder) exercises, where both forces undergo training that would better prepare them for real battle.

Although it was choreographed, it is, perhaps, not ironic the exercise took place on the historic Lubang Island.

The island, filled by two beachside towns and dense forests, was where the last Japanese soldier in World War II hid for 29 years before surrendering. The island also faces the West Philippine Sea, where 709 kilometers away, Pag-asa island mirrors Lubang in its set up.

The annual training is crucial in strengthening cooperation between the Philippines and the US, with whom it holds a security alliance – the Mutual Defense Treaty (MDT). The pact has both Manila and Washington agreeing to defend each other in the event of an armed attack or crisis in areas including the South China Sea.

But by President Rodrigo Duterte’s words, the annual training exercises being held to strengthen the Philippines and United States’ defense alliance, is worth risking.

The Philippine President on January 23, renewed threats to abrogate the Philippines-US Visiting Forces Agreement (VFA) – an agreement that makes such exercises possible – as he expressed outrage over the US’ decision to cancel the visa of his former police chief, Senator Ronald “Bato” dela Rosa.

“I’m warning you, this is the first time: ‘pag hindi ninyo ginawa ang correction diyan, I will terminate the basis of Visiting Forces Agreement. Tapusin ko’ng putang inang ‘yan,” Duterte said, giving the US one month to act.

(I’m giving you this first warning: if you don’t correct [what you’ve done], I will terminate the basis of the Visiting Forces Agreement. I’ll end that son of a bitch.) 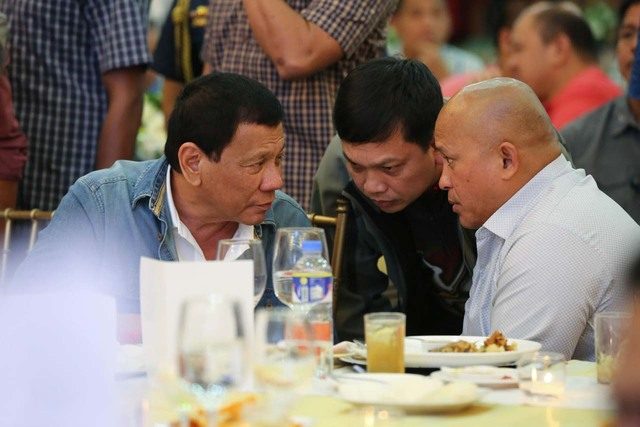 Unlike earlier threats to scrap the agreement, Duterte’s latest tirade stemmed from the US’ restrictions which hit close to home for the Philippine president. Defense Secretary Delfin Lorenzana acknowledged this much, when he said he “understood” Duterte’s anger over the US actions, seeing it directly affect one of his men who launched his landmark anti-illegal drug campaign.

“I can understand why PRRD [President Rodrigo Roa Duterte] is peeved by the cancellation of [Senator] Bato’s visa because of alleged extrajudicial killings in connection with the drug war. Most especially that Bato was specifically targeted. It is a direct affront to PRRD being the architect of the drug war that he started upon his assumption of office,” Lorenzana said.

Whether bluff or bluster, experts warned Duterte’s threats to scrap the VFA over Dela Rosa’s canceled visa would have far-reaching consequences.

Government officials likewise fear Duterte’s lashing out compromises Philippine security as it moves to isolate the country from its oldest ally and sows uncertainty against the threat of Chinese aggression in the West Philippine Sea.

The VFA, signed by former foreign secretary Domingo Siazon Jr and then-US ambassador Thomas Hubbard in February 1998, is a pact between the Philippines and US that provides the framework and guidelines for US military and civilian personnel who are temporarily sent to the Philippines.

The agreement was ratified by former president Joseph Estrada in 1998, with the Senate later concurring in 1999. It was crafted following the Philippine Senate’s rejection of an extension of the presence of US bases in the country in 1991.

Military analyst and historian Jose Custodio pointed out the VFA is most essential in allowing the Philippines and US to carry out obligations under the MDT, which has been considered a deterrent to China’s aggressive tactics against claimant states in the South China Sea.

“It (VFA) strengthens the Mutual Defense Treaty. Without the VFA, the MDT just becomes a piece of paper. But the VFA breathes life into the MDT,” Custodio told Rappler. 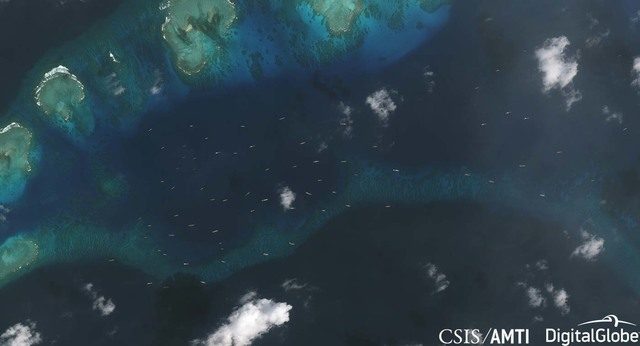 The VFA implements the MDT by way of Article II of the treaty, which calls for “defensive preparation” and the enhancement of parties’ capability to resist any armed attack.

Article II of the MDT reads:

In order more effectively to achieve the objective of this treaty, the Parties separately and jointly by self-help and mutual aid will maintain and develop their individual and collective capacity to resist armed attack.

In other words, Custodio said, the VFA answers the requirements of the Philippines to build its capacity to respond to external security threats and provide support to security operations when needed.

The VFA likewise fulfilled components of the MDT that necessitated both the Philippines and US conduct exercises for the purposes of operating effectively together.

In the same vein, by providing the framework for troops to be in one another’s territories, it allowed both Philippine and US forces to come to one another’s defense, as provided by Article IV of the treaty which obligates both countries’ militaries to “act to meet the common dangers” in the event of an armed attack. This much was recognized by the Supreme Court (SC) in Lim vs. Executive Secretary (2002) where the High Court described the crucial link between the VFA and MDT. In its decision upholding the treaty as constitutional, the SC noted it was the VFA “which gives continued relevance to the MDT despite the passage of years.”

“Its primary goal is to facilitate the promotion of optimal cooperation between American and Philippine military in the event of an attack by a common foe,” the Supreme Court added.

The SC echoed this once again in Nicolas vs Romulo (2009), where it stated that the VFA, which provided for joint exercises between the Philippines and US, was an “implementing agreement” of the overarching MDT.

This remains true for the 2014 Enhanced Development Cooperation Agreement (EDCA), as the agreement further enhances the VFA by providing for the increased rotational military presence of US troops, planes, and ships in the Philippines. The EDCA likewise gives US forces wider access to military bases in the country and allows for the prepositioning of assets needed to respond to crises. For Greg Poling of the Washington-based Asia Maritime Transparency Initiative (AMTI) of the Center for Strategic and International Studies (CSIS), the MDT cannot be implemented without the VFA.

“If Manila scraps the VFA it is violating its obligations under Article 2 of the MDT to take necessary steps to enable mutual defense. The US can’t fulfill its Article 4/5 obligation to defend in that situation. You can’t have one without the other,” Poling tweeted.

The EDCA, based on the VFA, would likewise have no basis to go by if it were revoked.

“The EDCA is an enhancement of the VFA. If you remove the VFA, EDCA hangs in midair and it will just topple,” Custodio said.

In concrete terms, a stark example of how much the Philippines risks to lose should the VFA be scrapped can be seen in how the VFA and similar military pacts were applied in the Philippines.

The US has made key donations to the Philippine military, which included 4 OV-10B planes to help in the Philippines’ counterterrorism campaign, and an P807-million ($15-million) surveillance and reconnaissance system. (The country is among those that receives the biggest chunk of security assistance from the US in the Indo-Pacific region.) Aside from this, the US also provided at least $60 million in aid so far to support “ongoing humanitarian assistance and stabilization funding” for war-torn Marawi City in the southern Philippines.

To abrogate the VFA then, would mean risking the security that comes from having defense pacts that strengthen the Philippine military, which remains one of the weakest in Asia.

Aside from military assistance, the VFA, MDT, and EDCA altogether allow for the US to respond to calamities and carry out activities ranging from humanitarian assistance to civic projects such as building schools.

Reacting to Duterte’s threat to terminate the VFA, former foreign secretary Albert del Rosario recalled how the agreement made quick US aid possible when the Philippines was hit by Super Typhoon Yolanda (Haiyan) in 2013.

While other countries expressed the desire to respond, Del Rosario said efforts were hampered by the lack of legal arrangements for other foreign troops to enter the Philippines.

Del Rosario said that at the peak of the US’ response, the VFA allowed some 13,000 military personnel, 66 aircraft, and 12 naval vessels to deliver more than 2,500 tons of relief supplies and evacuate over 21,000 people. “While the VFA is admittedly an imperfect agreement, [junking] it would interrupt the benefits of the MDT with regards to the joint training and exercises, the pursuit of modernization, achieving interoperability, and providing assistance during natural calamities,” Del Rosario said.

According to the US State Department, the US has provided some $143 million in assistance, to date, in relief and recovery efforts. The latest of this is the US’ donation of P5.1 million in government support to individuals affected by the Taal Volcano eruption.

For Custodio, “If you remove the VFA, all of those start ending. All the lights go out in all those areas.”

The risks that come with revoking the VFA are not lost on officials of the Duterte administration. Sources told Rappler that officials in foreign affairs and security have shown apprehension about the idea of the Philippines walking away from the VFA.

Lawmakers at the House of Representatives and Senate likewise expressed concern over Duterte’s threats to terminate the agreement, pointing out the disproportionate response of doing so over Dela Rosa’s canceled visa.

“A US visa is a conditional authorization granted to a foreigner. It may be canceled without explanation or justification. The VFA is a bilateral agreement between the PH and US that went through some careful and diplomatic discussion,” Senator Panfilo Lacson said. “Pray tell, where is the connection?”

Lacson, along with Senate President Vicente Sotto III, as well as Senators Franklin Drilon and Aquilino Pimentel III, filed a resolution to “earnestly request” Duterte “reconsider” his planned abrogation of the VFA while the Senate conducted a review of the impact of its termination. In the resolution, the Senators said a “careful deliberation” must be held before finally deciding whether or not to terminate the VFA as it will “ultimately affect not only the security and economy of the Philippines but also that of our neighboring countries in the Asia Pacific Region.”

Meanwhile, at an earlier House committee on foreign relations hearing, Deputy Speaker Johnny Pimentel, who is an ally of the President asked, “Are we going to sacrifice the gains that we have made with the US-Philippine relationship just because of the cancellation of the visa of one senator?” (READ: Lawmakers hit VFA termination, urge DFA to give Duterte ‘sound’ advice)

On the ground, Philippine and American soldiers likewise continue to engage one another and plan for future large-scale exercises despite the uncertainty.

Will this be enough to change Duterte’s mind? – Rappler.com