Alchie Paray: What turned a Greenhills guard into a hostage taker 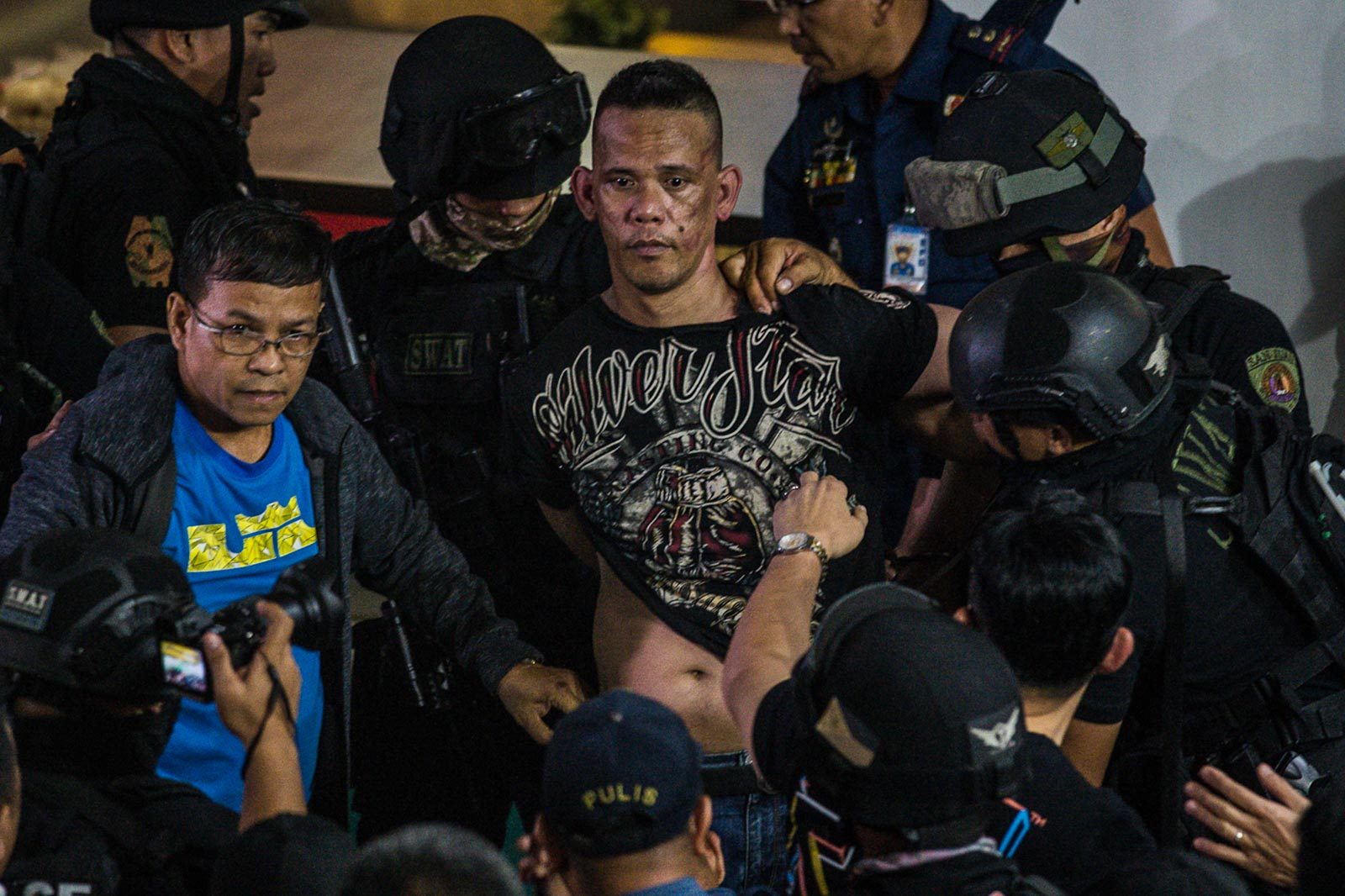 MANILA, Philippines – He walked with a gun, a grenade, his phone, and star apples when he started taking hostages.

At around 11:30 am on Monday, March 2, Alchie Paray started a 9-hour hostage drama that gripped the country, ending with cops tackling him to the ground after his surrender.

He had the following demands: to speak with his fellow guards, to have his bosses fired, and to speak with the media. He was offered P1 million, but he refused it, insisting instead that he be heard.

Because of these, he has been painted, not just as a hostage taker, but also as a fired guard pushed to helplessness by his work situation.

“Hindi niya tinanggap kasi hindi pera ang kailangan niya eh. Ang kailangan niya marinig lang yung hinaing (He did not accept it because he did not need money. He needed to be heard),” San Juan Mayor Francis Zamora said on Tuesday, March 3, in a press briefing about the incident.

Alchie Paray was born in Surigao del Norte 40 years ago, but eventually moved to Caloocan City. Police said he has already married at least twice – his first wife died, while his second wife is pregnant and lives in Guagua, Pampanga. Cops said Paray has daughters.

For the last 5 years, Paray has been working as a security guard for Safeguard Armor Security Corporation (SASCOR), which has been supplying Greenhills Shopping Center with security personnel.

He’s a Philippine National Police-accredited guard whose last assignment was at the entrance of V-Mall.

Given this set-up, he responds to two sets of bosses: one from the shopping center and another from his security agency. But his bosses, he said, were accommodating to tenants given the right price – at cost to Paray.

Based on Paray’s conversations with his bosses – which he demanded that the media hear – things came to a head when his bosses were allegedly bribed P5,000 by a tenant to have him reassigned.

Paray had been strictly enforcing the mall’s “no ID, no entry” policy for tenants. One of them who was barred from entry for not having the required ID eventually got past using another entrance. Riled up when refused entry, the tenant threatened him.

“Sinabi ko sa ’yo hindi ka na tatagal dito (I told you, you won’t last here any more),” Paray recalled being told by the tenant.

It was unclear where Paray was ordered transferred, but a reassignment can disrupt the routine of a guard. It means a change in commute, a change of management, even a change in sets of friends, depending on the assignment.

He said that he has seen corruption in his workplace and how the “palakasan (patronage)” system thrives. But his reassignment became the last straw that pushed Paray to quit work. For management, however, he was simply recorded as having gone on absence without leave (AWOL) and was replaced by another guard.

Behind the scenes, according to Zamora, Paray was urging his fellow guards to join him in his protest against security management. But they could only do so much.

It was the same hope Paray held on to, Zamora said, when he asked that his fellow guards stand outside V-Mall to watch and listen as he demanded that their bosses resign, and as he railed against their management.

“Umabot lang sa ganitong punto na kailangan (It really just reached this point where I need to do this),” Paray said later. 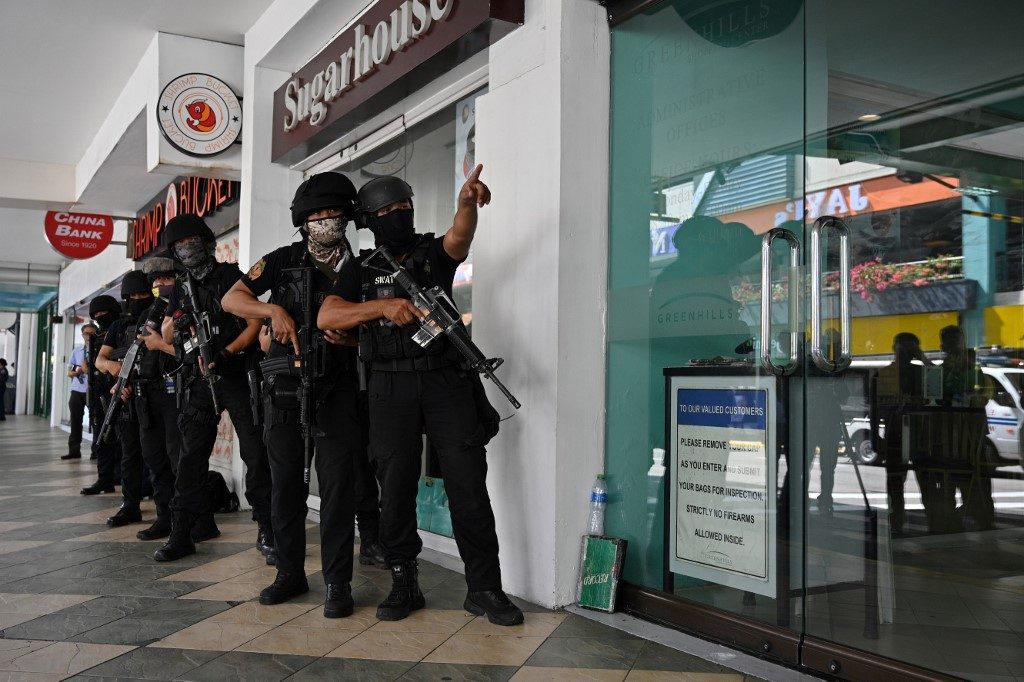 Throughout negotiations, Zamora and police officials noted how Paray was aware of how cops responded to hostage crises.

He knew that SWAT teams and sniper teams were deployed, and he already anticipated his death by a sniper’s bullet upon his surrender.

This fanned suspicions that he was trained by the military, something that the Armed Forces has not confirmed.

Paray also used social media during the negotiations, video-calling authorities through his Facebook account, to show proof of their compliance with his demands.

To show authorities that he had multiple grenades with him, he placed the same grenade 4 times within view of his phone camera. To fool his hostages, he pointed to the 3 star apples bulging in his bag and pretended they were explosives.

He treated his hostages relatively better than in previous sensational cases, as he asked authorities to bring in food and water while they waited. Still, the victims were traumatized after the incident, despite being given assurances that they would all be given guaranteed medical assistance by San Juan City.

Paray also repeatedly reassured them they would all step out alive at the end of the standoff.

“Kung may mamamatay dito, ako ‘yun (If there’s someone here who will die, it would be me),” Paray said in numerous instances during his call with cops when he demanded to be heard by the media.

Despite his fatalism, he took control of the negotiations. He once issued an angry reminder to Zamora after the mayor reminded him that authorities had complied with his orders and that it was time for him to surrender. Paray said it was he who was making the demands, not the mayor.

Paray made one final demand before surrendering with his hostages: to be heard through the media.

When Paray walked out of the building with the hostages, he faced reporters and told his story working as a mall guard. He was even given a microphone by cops.

(Wherever people work, workers should be important. The reason you’re there as bosses is not to look down on people below you. Because here, that is the case.)

Seconds later, cops tackled him to the ground, then took him under their custody. It turns out, he kept a gun tucked in his waist.

He has forced San Juan City to investigate his claims, and he has sparked a conversation on how abusive work conditions could push employees to do the unthinkable. – Rappler.com