Is Ona on his way out? 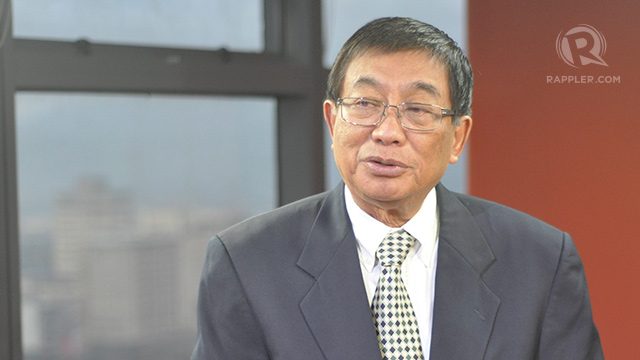 Facebook Twitter Copy URL
Copied
(UPDATED) Health Secretary Enrique Ona expects to meet President Benigno Aquino III on the last day of his month-long leave. Whether he will be asked to stay on will depend on the President.

MANILA, Philippines (UPDATED) – On the last day of his month-long leave, Health Secretary Enrique Ona’s first order of business was to meet with the President.

A government source told Rappler the meeting between President Benigno Aquino III and Ona was supposed to take place on Thursday, November 27.* It did not.

The meeting was expected to cover his “explanation” for the vaccines controversy which the President had asked him to work on during his month-long leave. Rappler learned that Ona had already submitted his explanation and that the President is still reviewing his submission.

On Thursday, Palace Communications Secretary Herminio Coloma Jr said it would be up to the President to decide whether or not Ona would stay as health secretary.

Aquino earlier said he had asked Ona to go on leave to “prepare answers” to his questions on the government’s vaccination campaign, and the balance between preventive and curative aspects of public health.

The President said in a previous interview that his satisfaction with Ona’s performance would depend on his explanation. (READ: Still satisfied with Ona? Aquino mum)

It is common knowledge in Malacañang circles that Ona and Aquino have a “philosophical difference” in approaches to health. While the President emphasizes primary and preventive health care, Ona has a bias for “curative” or hospital care.

Insiders from the ruling Liberal Party (LP), to which acting Health Secretary Janette Garin also belongs, said they had heard her say her appointment as health secretary is an “LP decision” and that this reality should be accepted.

“Walang ganoon (Nothing of that sort),” top party leaders said, refuting Garin’s claim. “There is no party position, we don’t normally do that,” one party source said. The party can “recommend or endorse” people for positions but ultimately, it’s the President’s decision.

Aquino and Garin were “classmates” in the House of Representatives in 2004. A former representative of the first district of Iloilo and a physician, she had also pushed for the RH bill. She was a member of Congress from 2004 to 2013 and was Deputy Majority Leader in the 15th Congress.

Both appear to get along, unlike the President and Ona. Having worked with hospitals, Ona’s predisposition is toward institutions. His big ticket projects involve hospitals, hospital rehabilitation and equipment.

Ona is also under fire after Garin on November 14 suspended his order to run clinical trials of ActRx Triact – an anti-dengue treatment – in the following hospitals:

In a department order dated September 24, Ona said ActRx Triact may be “provisionally” included in the Philippine National Drug Formulary (PNDF) Manual “subject to submission and ultimate review” by the Formulary Executive Council.

This, despite a June 10 comment by Philippine Council for Health Research and Development (PCHRD) executive director Jaime Montoya to the Food and Drug Administration (FDA). PCHRD is part of the Department of Science and Technology and is responsible for coordinating and monitoring research activities in the country.

Montoya said it was “too early” to recommend ActRx Triact – a herbal-based combination of Artesunate, Berberine, and Artemether – for widespread treatment of dengue or even for its inclusion in the PNDF.

Experts also said that combining Artemether as a sublingual spray with Berberine and Artesumate tablets to fight dengue poses side effects. Furthermore, ActRx TriAct was never registered with the FDA as food, drug, or supplement.

The use of the drug for clinical trials poses a “clear and present danger” to public health, experts said.

It has not been an easy road for the acting secretary either.

In the past month, critics slammed Garin after her controversial visit to Caballo Island, where United Nations peacekeepers are currently under quarantine after coming home from Ebola-hit Liberia. (READ: Garin open to visiting quarantined soldiers again)

She also implemented personnel changes in the DOH’s central office, which led to questions about her official designation in the department. She has been unable to present an official document indicating her designation as acting secretary. (READ: Janette Garin: DOH Acting Secretary or OIC?)

Despite all these issues, Health Spokesperson Lyndon Lee Suy on Thursday said it is still the institution they serve in the end.

“Whoever sits… whether it’s Secretary Ona coming back, whether it’s Acting Secretary Garin, or if there’s someone else, we don’t know, we will support, because that will be part of our responsibility – to support the institution.” – with Chay F. Hofileña/Rappler.com

*Editor’s Note: In a previous version of this story we reported that Secretary Ona met with the President. The meeting did not take place as expected. We have since made the correction.