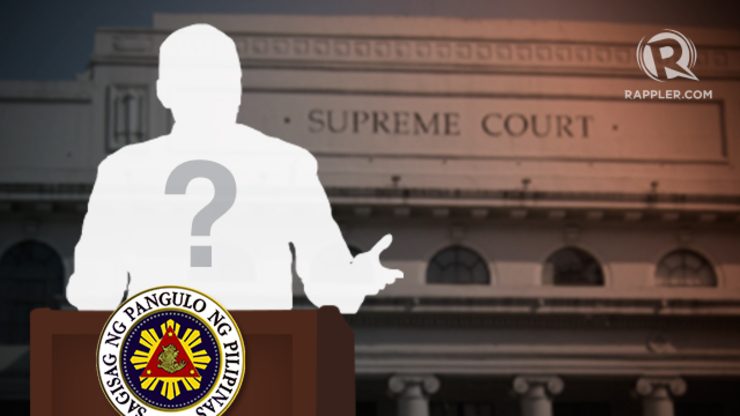 This fact, more than ever, puts the spotlight on the Judicial and Bar Council (JBC), the body that vets candidates to the judiciary. Will it be insulated from politics in making its choices? Will it be truly independent and fearless in selecting members of the highest court of the land?

As JBC member Justice Aurora Santiago-Lagman said, “The quest for judicial integrity begins with the JBC.”

The 3-day Manila summit on judicial accountability and integrity, which concluded Friday, December 5, grappled with these questions and other issues addressing corruption and violation of ethics in the judiciary. CenterLaw, a group of public-interest lawyers, and the Konrad Adenauer Stiftung, gathered judges, justices and lawyers from parts of Asia in what turned out to be a candid exchange of views and experiences.

Apprehensions over the composition of the Supreme Court are with basis. By accident of history, President Gloria Macapagal Arroyo served a 9-year term, allowing her to pack the Court. She put in a total of 21 justices. (President Marcos appointed the most number of justices – 32 – during his 21 years in office.)

Deliberately or not, Arroyo made two short-term appointments, one justice serving two years (Ruben Reyes), the other 3 (Cancio Garcia). One justice, Alicia Austria Martinez, retired early for health reasons. During her first two years in office, Arroyo filled up 7 vacancies. Six others reached the retirement age of 70 during her term.

Justice Martin Villarama is scheduled to retire in April 2016, within the period covered by the election appointments ban. Aquino has said that he will abide by the Constitution and let the next president appoint Villarama’s replacement.

One weakness of the JBC has been its probe into the applicants, especially on character issues. While it works with the National Bureau of Investigation (NBI) in doing background checks, the NBI, with its plate full, could only do so much. The JBC thus relies on administrative complaints filed against candidates, but if there is no such written record, what is the basis for assessing them?

The JBC has been conducting surveys among judges, usually peers of the applicants. These have proven to be helpful, said Santiago-Lagman, as they allow anonymity of respondents.

Santiago-Lagman announced during the forum that the JBC is planning to set up its own investigative unit. This will boost their capacity to dig up information on applicants.

The JBC is composed of 4 regular members, each representing a sector, namely, the Integrated Bar of the Philippines, retired Supreme Court judges, the private sector, and the legal academe. Congress and the executive has one representative each; the chairmen of the House and Senate committees on justice take turns to sit in the JBC and the justice secretary represents the executive department. The chief justice chairs the JBC.

Senator Aquilino Pimentel III, who is currently representing Congress in the JBC, stressed that the Council’s composition has been designed to “de-politicize” appointments to the judiciary. “I am only one out of 7 votes in the JBC,” he said, “and I try my best to be a non-politician there.”

“Compare this to the 24 politicians’ votes before,” Pimentel added. He was referring to past practice wherein the Commission on Appointments, before the 1987 Constitution was drafted, chose applicants to the judiciary.

‘Lawyers contribute to the lack of integrity in the courts. How many lawyers have given bribes? How many of them have been disciplined?’ – Marlon Manuel, Alternative Law Group head

Still, the JBC is not completely insulated from lobbying by politicians and other vested interests. Thus, Santiago-Lagman said, it is up to the JBC members to fend these off.

Lobbying goes all the way to Malacañang after it receives the short list from the JBC. Aquino listened to some of those who lobbied. But it was Arroyo who embedded this practice, encouraging her friends in business and religious groups to whisper favored candidates.

Once in the Supreme Court, justices who violate their code of ethics can only be removed through impeachment. Those who complain to the Court about sitting justices usually find out that these cases are resolved in the justices’ favor.

The most recent prominent example is that of Justice Mariano del Castillo who allegedly plagiarized a decision. A committee on ethics, formed to look into the complaint, absolved Del Castillo and blamed Microsoft for the error.

Lawyers who spoke in a panel on strengthening judicial reforms acknowledged the difficulty in making justices and judges accountable. Marlon Manuel, who heads the Alternative Law Group, was the most forthright. “Lawyers,” he said, “contribute to the lack of integrity in the courts. How many lawyers have given bribes? How many of them have been disciplined?”

Always, the public is asked to show evidence of corruption in the judiciary. Vicente Joyas, president of the Integrated Bar of the Philippines (IBP), told the forum that as long as they are given evidence of wrongdoing by judges and justices, the IBP will file complaints.

But, as Manuel pointed out, “no receipts are issued” for payoffs and, many times, justices and judges do not personally accept bribes, giving them deniability.

In a separate talk, former Supreme Court Justice Adolf Azcuna said that giving bribes is the most obvious form of corruption. He pointed out the existence of “gray areas,” such as when a justice should recuse himself or herself from a case to avoid conflict-of-interest situations or arriving at unfair decisions.

Azcuna, who currently heads the Philippine Judicial Academy, said that they conduct training on judicial ethics for judges but finds this to be “difficult.” He asked, “How do you inculcate values and ideals in judges and justices?”

“These are supposed to be ingrained in them,” Azcuna continued, “so we rely on the JBC.”

The JBC faces yet another challenge in the years to come, when a new president takes over. – Rappler.com

*Editor’s Note: In a previous version of this story, we said Aquino’s successor would appoint a total of 9 justices. This is supposed to be 11, as Justices Teresita de Casto and Lucas Bersamin are set to retire in 2018 and 2019, respectively. Aquino’s successor will end his or her term in 2022 and will be able to choose their replacements too. We regret the oversight.