What explains the plummeting gas prices? 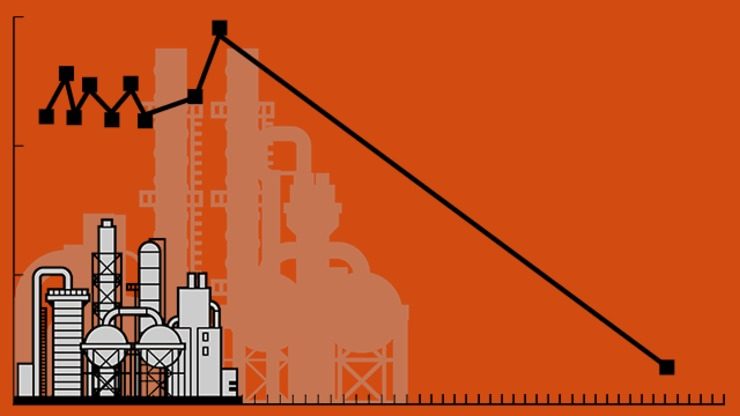 Facebook Twitter Copy URL
Copied
Global growth seems to have faltered lately, and projections indicate slower growth until next year, even among the world’s largest and fastest-growing economies

MANILA, Philippines – For a lot of motorists out there, the sharp drop in gas prices may well be the best Christmas gift they’ll receive this year.

All over the world, oil prices are plummeting. The price of Brent crude – the global benchmark for oil prices – has almost halved since June, reaching levels not seen in more than 5 years. Gasoline and diesel retailers have since been pressured to follow suit: from June 13 to December 11 this year, retail prices in the Philippines have dropped by about 20% (P10/liter), and still dropping by the day.

The big question is: what is driving this new oil price regime?

Remember that the price of oil is determined in the international market. Hence, price movements stem largely from an interaction of oil demand and oil supply. In particular, there has been a combination of weaker global demand and stronger supply from non-OPEC countries (Organization of the Petroleum Exporting Countries) of late.

Along with economic growth comes greater demand for energy. However, global growth seems to have faltered lately, and projections indicate slower growth until next year, even among the world’s largest and fastest-growing economies. India’s growth rate for the past two years, for example, has been below 5% – the lowest since the 1980s. And China’s growth is expected to slow down from 7.4% this year to 7.1% in 2015.

Consequently, forecasts of energy demand growth by next year have been cut. The International Energy Agency has recently reduced its forecast for daily oil demand next year by 20% (equivalent to 230,000 barrels/day).

More important than weaker demand, however, is the surge in oil supply in recent months. Daily oil production in some OPEC member states – like Libya and Iraq – has improved since incidents of conflict and unrest have somehow abated. Libya, for example, foresees production to reach 1.5 million barrels/day by end of 2014 from a low of 200,000 barrels/day in July owing to blockades to their eastern ports.

Production in non-OPEC countries has also boomed considerably, especially in the US. Since August of 2014, the US has, in fact, become the world’s largest producer of petroleum (including crude oil, natural gas plant liquids, and refined petroleum products), surpassing even Saudi Arabia.

This supply surge in the US stems from a so-called “shale revolution”, where advances in unconventional drilling and hydraulic fracturing (a.k.a. “fracking”) techniques have allowed entrepreneurs to tap oil and gas locked in underground shale formations, particularly in Texas and North Dakota. (To the initiated, fracking involves blasting underground rocks with water, sand, and chemicals so that gas and oil can be extracted more freely.)

This oil glut has been reinforced by OPEC’s recent decision to let world oil prices free-fall. In their meeting in Vienna last November, OPEC leaders decided not to curb their production and let prices fall to as low as $40/barrel. This is unusual since the cartel controls about 40% of the world market and has enough market power to singlehandedly prop up global prices if they wanted to.

By adopting this strategy, OPEC is effectively engaging non-OPEC producers (particularly those in the US) in a price war, where they are willing to see lower oil prices in the hope that this might drive oil production too costly (even unprofitable) for producers in non-OPEC countries. When that happens, OPEC will regain its global market share with the sale of its products, which are less costly to extract. The next moves of OPEC and non-OPEC producers in this emergent price war will certainly be worth watching in the coming months.

This new regime of lower oil prices could last for the next couple of years. People all over the world will be affected differently, but who in particular stand to gain and who stand to lose?

On the one hand, lower gas and diesel retail prices will result in a welfare increase for consumers, mainly in the form of higher real incomes. This can lead to a boost in consumer spending and accelerated growth especially in consumption-driven economies like our own. In fact, the IMF has estimated that a $10-decrease in oil prices can lead to a 0.2-percentage point increase in global GDP. Inflation will be also tempered insofar as oil is a crucial input in the production of several goods and services.

The poor are especially well-positioned to benefit from the new oil price regime. Note that most of the poor are in the agriculture sector, which is more energy-intensive than the manufacturing or service sectors. Hence, cheaper oil can mean cheaper inputs to agriculture, boosting farmers’ profits. It follows that countries relying more on agriculture will also benefit greatly from the lower oil prices.

On the other hand, perhaps the biggest losers in this new price regime are the oil exporting countries where a huge proportion of their governments’ budgets come from oil tax revenues. In this respect, the countries that will be adversely affected the most are Iran, Bahrain, Venezuela, Nigeria, Iraq, and Russia.

When will oil prices rise again?

On the whole, it seems that lower oil prices will bring more benefits than costs to people worldwide. And yet the future reversal of this price trend remains a real possibility.

For instance, the constant threat of geopolitical tensions and political instability in countries like Iraq, Libya, and Nigeria can curtail global oil supplies. The OPEC may also decide to finally cut production to jack up global prices once they get too low.

Most crucially, lower oil prices might make business unprofitable for shale oil producers in the US, halting the shale oil boom. But the possibility of this happening is reduced by the fact that US engineers and entrepreneurs are constantly and aggressively exploring cheaper and more efficient methods of oil extraction, on top of the significant breakthroughs they have made thus far.

In the end, the vagaries of global oil supply and global oil demand make it difficult to predict precisely how many months or years it will take before oil and gas prices will rise again. Needless to say, this lower oil price regime cannot last forever, and we should all enjoy the benefits – especially higher consumer welfare and faster economic growth – while they last. – Rappler.com

The author holds a master’s degree from the UP School of Economics. His views do not necessarily reflect the views of his affiliations.