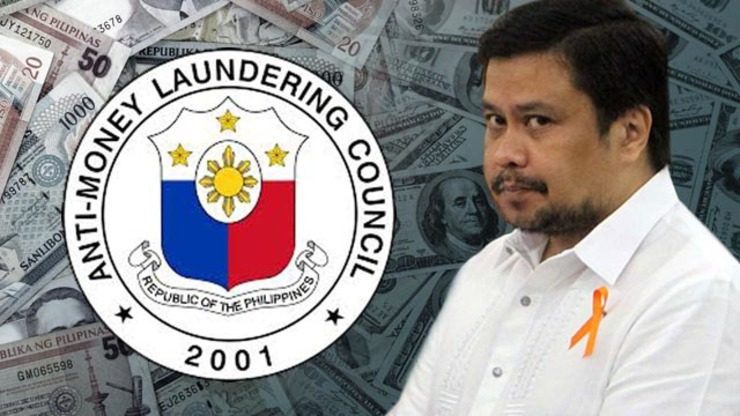 MANILA, Philippines – First, the mansion being constructed in the gated Wack-Wack subdivision. Now, there are indications he also did not declare multi-million peso and dollar bank deposits in his asset statements.

What else is Senator Jinggoy Estrada not saying in his Statement of Assets, Liabilities and Net Worth (SALN)?

A report submitted by the Anti-Money Laundering Council (AMLC) to the anti-graft court Sandiganbayan showed that Estrada underdeclared his cash assets from 2006 to 2012 and did not include in his SALN dollar time deposits and life insurance policies amounting to millions.

He also withdrew a total of P76.446 million in 4 bank accounts in September 2013, at the height of the exposé on the pork barrel scandal.

The scion of the Estrada political family, under trial for plunder and graft over the alleged misuse of his Priority Development Assistance Fund (PDAF) or pork barrel, might as well add violation of Republic Act 6713 or the Code of Conduct and Ethical Standards for Public Officials and Employees for failing to be truthful in his SALN.

SALN declarations are made under oath, and giving false information has  led to several government officials in jail or  meted with penalty.

Cash in SALN and actual cash in banks

With the green light of the Court of Appeals, the AMLC began looking into Estrada’s bank accounts in May 2014, a month  before the senator was ordered arrested by the Sandiganbayan over the pork barrel scam. Thirty-one accounts under his name in different banks were examined for coverage.

Using multiple account analysis, the AMLC probers analyzed Estrada’s bank records vis-a-vis his SALNs from 2004 to 2012. They also looked into significant transactions in 9 of his active bank accounts and related accounts.

On the SALN analysis, the probers stated the following observations:

The increase in Estrada’s investments perplexed the AMLC.

“Despite the huge leap of investment, it would not show that it came from his other assets since the cash balances are increasing; the unloading of real estate in 2011 and 2012 are not substantial and there is no significant change in the balances of liabilities,” the report said.

One possible explanation for the growth of Estrada’s investments could be due to the fact that Estrada expanded his business interests, from only one company in 2008 to 7 companies by 2011, the AMLC said.

“Ironically, his 2012 investments based on his SALN increased, yet the listed businesses decreased from 7 to 4,” the report said.

While raising questions on the disconnect in his SALN, what was not declared there piqued the curiosity of the AMLC probers more.

Except for 2005 where bank records showed his cash deposit was actually lesser than what was declared in his 2005 SALN, Estrada apparently was less than truthful for the years 2006 to 2012.

Included in the AMLC’s computation was a Chinabank account under Estrada’s wife, Presentacion “Precy” Ejercito, with a cash balance of P2.4 million as of 2012. “Under the law, the assets of the spouse should also be considered in the SALN,” the AMLC stressed.

The above figures do not include two more bank accounts under Estrada’s name which the AMLC did not include in its examination since “the volume of transaction was insignificant.” The total credits in these two accounts, parked in Asia United Bank and UCPB, totalled P36.7 million.

It’s not only hidden peso deposits that were unearthed by the AMLC.

“Said dollar time deposit has not been declared as investment by Senator Estrada in the investment item in the SALN in 2008 and 2009,” the AMLC said.

Then there are the life insurance policies also in dollar form, with his children and wife as beneficiaries, that the senator did not include in his SALN.

Totalling $2.209 million, the life insurance policies had a value of $2.369 million by the time these were surrendered.

Other significant findings by the AMLC:

The AMLC said an analysis of specimens of Ng’s signatures in his other Metrobank accounts “are much different” than in his Greenhills account. The specimens show that the signatures “are very much similar” to Estrada’s signature, leading them to conclude that the questioned account is actually controlled by the senator. – Rappler.com

*If the dollar time deposit was included, cash in bank would have amounted to P49 million per bank records.

**If the dollar time deposit was included, cash in bank would have totalled P52.285 million.