Feb 4, 2015 6:12 PM PHT
Maria A. Ressa
Facebook Twitter Copy URL
Copied
(UPDATED) Marwan evades arrest for more than a decade and marries into at least 3 families, one of them notorious for uniting at least 3 terrorist groups 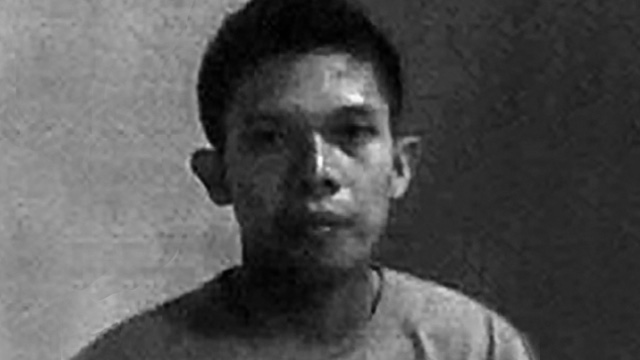 Marwan had evaded arrest for more than a decade: he burrowed into communities in the southern Philippines by marrying into at least 3 Filipino families, including one notorious for uniting at least 3 terrorist groups.

In part 1, you learned about his 17-year-old wife and his life in Jolo through the eyes of Abu Sayyaf member and suspected brother-in-law Aljebir Adzhar or Embel.

Now let’s look at Marwan through the eyes of another brother-in-law, Ren-Ren Dongon, who was with Marwan during the first US smart bomb attack by Philippine troops in 2012, and who built explosives targeting GMA-7 for showing a film that angered the Muslim world.

Through the Dongon family, you can see how alliances work and the role that Jemaah Islamiyah played in the Philippines.

Another sister, Aminah, was married to Jainal Antel Sali, also known as Abu Solaiman.  A 41-year-old civil engineer, he was Khadaffy Janjalani’s deputy, running operations for attacks like the 2004 SuperFerry bombing, the worst maritime terrorist attack in the region.

Ren-Ren’s third sister, Norain, is the wife of Ahmad Santos, the founder and leader of the Rajah Solaiman Movement (RSM) until his arrest in 2005. Part of the financial network created by Osama bin Laden’s brother-in-law in the Philippines, Santos was in charge of the Abu Sayyaf’s media arm when he was arrested.

Ren-Ren’s brother, Rejivan alias Abu Tariq, joined the Abu Sayyaf under Khadaffy and Abu Solaiman. Australian intelligence, ASIS, says he was a member of the Rajah Solaiman Movement (RSM), an extremist group of Christian converts to Islam or Balik Islam.

Strategic, arranged marriages are a common strategy for al-Qaeda’s affiliate groups, and the Dongon family is a perfect example – cementing alliances between Jemaah Islamiyah (JI), the Abu Sayyaf and the RSM.

JI was crucial in changing the Abu Sayyaf’s bipolar swings between al-Qaeda’s virulent ideology and crime. There have been 4 concrete cycles of evolution since its founding: from 1991 until 1998, the Abu Sayyaf was largely driven by ideological goals, partly because of the funding and behind-the-scenes manipulation of al-Qaeda. From 1998 till 2002, it turned to crime: kidnappings-for-ransom and extortion operations, largely because it lost its ideological moorings after its founder was killed.

The 3rd cycle ran from 2002 until 2008 when JI helped reorient the group again toward terrorism. During that time, the Abu Sayyaf, working with the Rajah Solaiman Movement and JI, carried out the region’s worst maritime terrorist attack, the SuperFerry bombing. A year later, it carried out near-simultaneous attacks in Manila, including the Valentine’s Day bombing.

Finally, the 4th cycle began with the kidnapping of 3 ABS-CBN journalists in June 2008, when the Abu Sayyaf again degenerated into kidnappings-for-ransom. That was followed 6 months later by the kidnapping of 3 members of the International Committee of the Red Cross (ICRC).

Ren-Ren was part of the Abu Sayyaf’s blocking force to keep the military away from the main group guarding the ICRC hostages. That was when he met Embel, who was in charge of feeding the kidnappers, and where he met his new brother-in-law, Marwan, who was working closely with Ren-Ren’s brother.

In June 2009, after several months of guarding the hostages, Ren-Ren was wounded in a fierce firefight in Timaho, Indanan. It took him nearly two months to recover from the bullet wounds. When he returned to the Abu Sayyaf, his brother gave him P5,000, his share of the ransom for the hostages.

A year later, his brother traveled with Marwan to Isabela, Basilan, and was killed in an improvised explosive device (IED) explosion. Afraid of being arrested, Ren-Ren said no one from his family claimed his brother’s body.

From then on, Marwan kept in constant touch with Ren-Ren through calls and text messages.

By 2011, Ren-Ren had joined the Abu Sayyaf group of senior leader Umbra Jumdail, better known as Doc Abu, in a remote village in Parang, Sulu. Marwan was with them, along with Singaporean JI leader Muawiyah, whose real name is Mohammed Ali.

Ren-Ren said he couldn’t sleep that night so he got up to take a walk. He was staring into the night sky around 1 am, he said, when he heard a plane coming.

According to interviews with civilian and military officials, between 2 and 3 am on February 2, 2011, Philippine Air Force OV-10 Broncos dropped US smart bombs or PGM’s (precision-guided munitions), 227 kg (500 lb) bombs in the strike zone. It was the first time Philippine forces were using US smart bombs, among 22 delivered by the US to their counterparts, and their principal target was Marwan.

The first sign that new technology was being used was the time: in the past, bombs could be dropped only during daylight hours because pilots needed to see their targets. These PGMs are guided by a homing device or GPS.

Ren-Ren said he heard a loud explosion and saw that the first bomb scored a direct hit on the house of Doc Abu.  He said he was about 30 meters away from the house. In less than 5 seconds, he said, another bomb exploded followed by two more.

Marwan was further away, about 80 meters, part of the reason he was able to escape. Ren-Ren was close enough that fragments of the missile “lodged in his left foot.” Although Marwan and Muawiyah got away, Doc Abu and his son were killed, along with at least 6 others in their camp.

Off to central Mindanao

It was there that Ren-Ren went through training to make bombs or IEDs. He said for 15 working days, he and 6 others were taught “how to mix the explosive powders and assemble the initiators and switch.” He left the camp after the training ended. 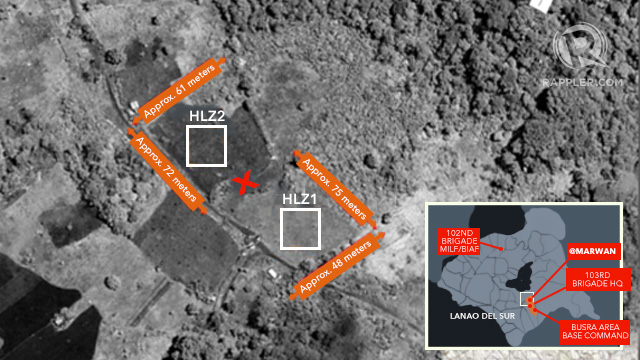 *There are conflicting intelligence reports about the identity of Marwan’s wife.  The first version of this story relied on Ren-Ren Dongon’s May 27, 2013 interrogation report that named Aminah as Marwan’s wife.  Subsequent reports correct that: his wife is Zainab, Janjalani’s widow. That’s corroborated by a western intelligence agency.