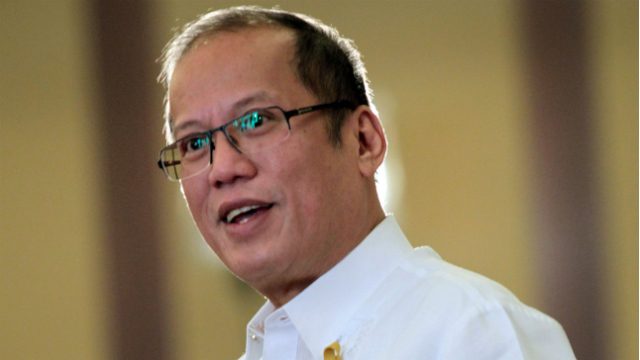 Facebook Twitter Copy URL
Copied
Part 1: Was it a mistake to involve the US in the Scarborough Shoal standoff? Rappler gets the inside story to understand how the Philippines decided to file its historic case against China.

MANILA, Philippines (Updated) – Fighting China was the farthest thing from the mind of President Benigno Aquino III, who has Chinese roots and had the Chinese ambassador as one of his first guests at his residence on Times Street as soon as he was presumed winner in the 2010 presidential polls.

He proved this friendship early on. The son of a martyred senator and a democracy icon disappointed the world when the Philippines joined China’s staunchest allies in boycotting the 2010 Nobel ceremony in Oslo to honor imprisoned Chinese dissident Liu Xiaobo.

In 2011, he allowed diplomatic tension with Taiwan and risked jobs of Filipinos to comply with a request to deport alleged Taiwanese criminals to China. Later that year, Chinese President Xi Jinping invited him to a state visit.

So in April 2012, when Chinese vessels engaged a Philippine Navy warship in a standoff in Panatag (Scarborough) Shoal, Malacañang did not know what to make of it.

A Philippine Navy warship tried to arrest Chinese fishing boats poaching in Philippine waters when Chinese Coast Guard ships came to stop them and impose claim on the rocky sandbar off the coast of Zambales province.

“We couldn’t understand what China was up to. We’ve been so friendly with them. We’ve done things contrary to our interests,” said a senior security official speaking to Rappler anonymously.

Rappler talked to at least 6 insiders privy to Palace moves during the standoff and its decision to file the historic case to take back control of Scarborough Shoal. They agreed to talk to us on condition of anonymity. 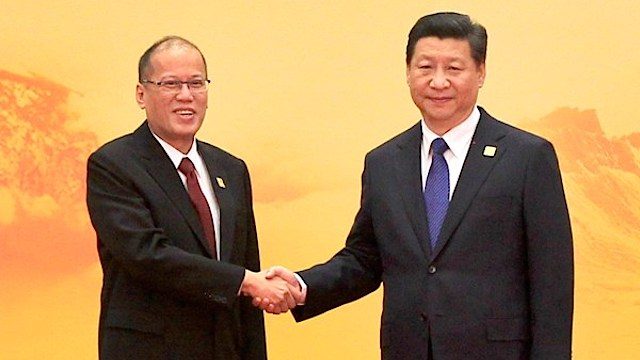 Foreign analysts said the standoff was a result of a tactical mistake on the part of the Philippines. Sending a warship instead of a civilian vessel against poachers supposedly gave the wrong signal that it was ready to fight, prompting China’s overwhelming response.

But the Philippine security official dismissed it as an excuse for China to justify its actions. He said the navy has been making most of the arrests in the South China Sea but it was the first time that China sent its ships. They were deployed so quickly as if they were waiting for it to happen, he said.

“China is actually waiting for other countries to make a little mistake and then counter with a huge reply and grab the territory. If you look at the long-term strategic action of China, you know that they are out to control the entire South China Sea,” Carpio said in a Rappler Talk interview.

The Philippines refuses to concede that it has lost Scarborough in spite of China’s practical occupation of the shoal, its vessels shooing away Filipinos from their traditional fishing ground.

“We have not lost Scarborough Shoal. In fact, it is the subject of our arbitral case,” National Security Adviser Cesar Garcia told a Senate hearing on the West Philippine Sea (South China Sea) in May. After dismissing talks as pointless, the Philippines filed in April 2013 its historic arbitration case and shut down communication lines with China.

Oral arguments at the Permanent Court of Arbitration in The Hague began on July 7. At stake is not only Scarborough, but other areas in the Spratly Islands off Palawan, where China has since built artificial islands.

The Philippines is confident it will win the case against China, especially after gathering international support.

But there are those who are still shaking their heads over how the situation was allowed to get this far.

‘If I’m going to grade the president, he’s an epic failure.’

“My metric is simple. What a president needs to do is to avoid a skirmish in the West Philippine Sea and make sure we don’t lose terroritories. Where are we? We’re engaged in a word war with our neighbor. We filed a case. Our fishermen can no longer go to Scarborough Shoal. China is reclaiming 7 areas,” the former diplomat said.

Manila and Beijing are now only talking to each other through the media, prompting concerns of possible miscalculations at sea. 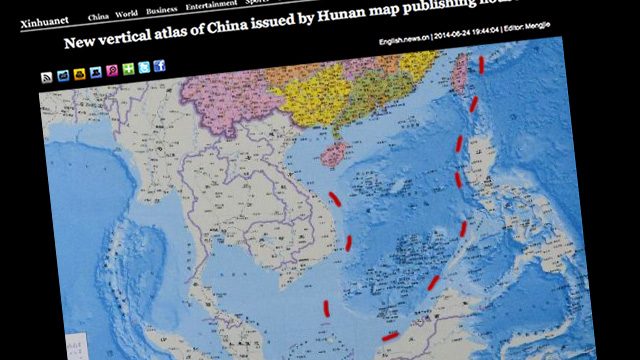 With the benefit of hindsight, 3 of the officials interviewed by Rappler said the Philippines may have erred in bringing in Big Brother to the picture immediately. The United States, that is.

One of them said they belatedly recalled a message from two former Chinese ambassadors before the standoff. They warned that “whatever problems we have between China and the Philippines, don’t bring in the US.”

But the Philippines did exactly the opposite. It called the US to intervene and the superpower responded by brokering an arrangement for both Manila and Beijing to withdraw its ships from the shoal.

The Philippines did; China did not. The rest is history.

“[It] ended with the Chinese occupying the shoal in violation of a US-brokered verbal understanding reached with Manila to withdraw all vessels from the area,” Pama said in a paper delivered in 2014 at the Center for New American Security Forum in Washington DC.

Pama said the US “image, rightly or wrongly, of being equivocal and irresolute” in helping the Philippines further encouraged China.

“This has arguably enabled China to continue to push the envelope on the ground without much effective resistance from other stakeholders around the South China Sea and to a certain extent, legitimizes her actions, to the detriment of small countries such as the Philippines,” Pama said.

But the Philippines knows Big Brother is its only chance to take back Scarborough in spite of its failure to give a categorical commitment to help.

The treaty allies negotiated a new military-to-military agreement to expand US military presence in the Philippines, but it has yet to be implemented. 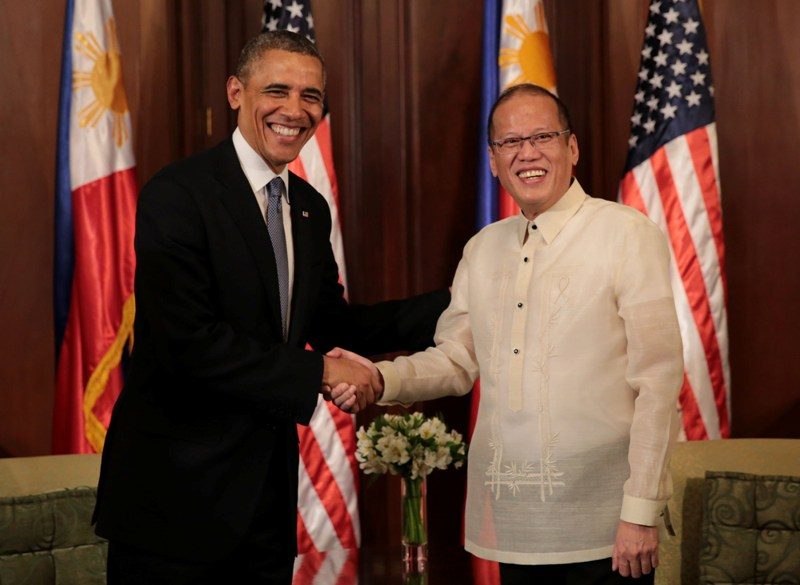 The security official admitted that a better understanding of China would have made it clear that bringing in the US “almost immediately” would not have helped.

A study of China’s internal politics shows, he said, that the standoff was being used by a political faction in the run-up to China’s elections. The Chinese ships would have stayed in the shoal regardless of Philippine response to court the ultra-nationalist Chinese voters who believe that the entire South China Sea belongs to them.

‘If we knew then what we know now, maybe things would be a lot  different.’

In the middle of the standoff, in July 2012, Malacañang called former presidents Fidel Ramos and Joseph Estrada, lawmakers, and Cabinet officials to a meeting in Malacañang. They voted on the proposal to bring issues against China to the ASEAN.

All but one – Senator Antonio Trillanes IV, who conducted backchannel talks with China – voted against it. (Editor’s note: An earlier version of the story said that they voted on whether or not the Philippines should file the case against China.)

The decision to file a case against China was arrived at in late 2012 after ASEAN proved to be a futile venue to seek help and after China categorically declared in November 2012 that its ships will not leave Scarborough.

“There is nothing left in our arsenal. Somebody compared the case to a nuclear weapon that we don’t have,” said the security official.

Beijing remains adamant that the dispute is settled bilaterally, but the Philippines dismisses it as futile.

“In every bilateral meeting you have with China, unfortunately, [it begins with them] saying to you, ‘We have indisputable sovereignty over the entire South China Sea’,” said Foreign Affairs Secretary Albert Del Rosario said in a TV interview in April.

The Philippines is asking the tribunal to declare as illegal China’s claim over almost the entire South China Sea and uphold the nation’s exclusive right to fish and develop, among others, areas up to 200 nautical miles from its shores.

Scarborough is located about 150 miles from the Philippines’ Zambales province and 550 miles from China’ s Hainan province.

The legal forum is the only chance of the Philippines – “which has no air force and no navy” – to win against China, said Carpio.

“In the UNCLOS tribunal, warships, warplanes, atomic bombs don’t count. They just decide the case based on the law of the sea,” Carpio said.

To President Aquino, the case is not just about China but about the supremacy of long established international law and every nation’s right to its waters.

But there are those who fear the son of heroes may have gone too far. – Rappler.com