How the pandemic is crushing company earnings 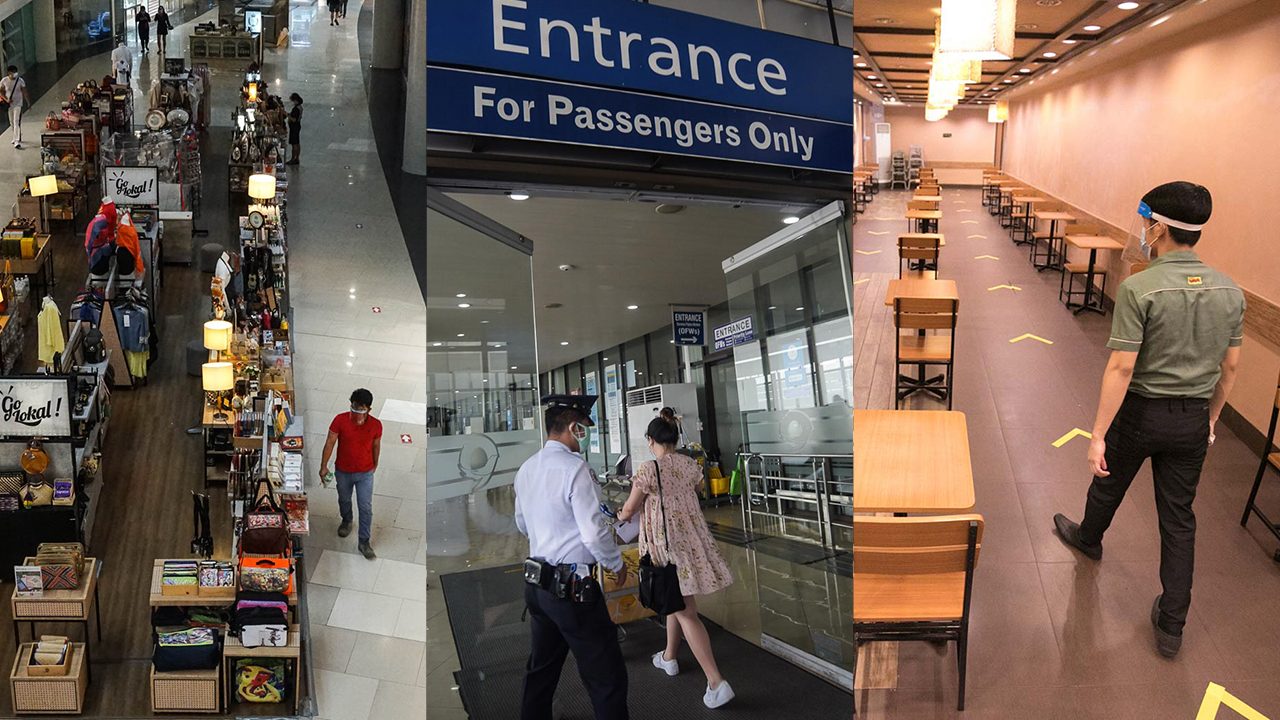 Capitalism, as we know it, has been changed forever due to the coronavirus pandemic.

Industries once deemed unstoppable cash generators are currently down on their knees and are patching up exposures not seen before the crisis, based on latest earnings reports.

For instance, malls, leisure spaces, and tourism were raking in billions every quarter before the pandemic. Now, these have been reduced to “non-essentials” – a term that has stripped off the cultural impact of these industries.

These industries, after all, fulfill one of the key elements of capitalist societies: unlimited human wants.

As for the so-called “essential” industries, not all in this sector are doing too well either, and are bogged down by weak consumer confidence and a sky-high unemployment rate.

So far, earnings of publicly-listed companies show the following:

While financial statements of publicly-listed companies don’t fully capture the pandemic’s impact (as most companies in the Philippines are held mostly by private hands, and the economy is comprised mostly of micro, small, and medium enterprises), they nonetheless serve as a barometer of the economy’s health.

Big businesses’ sales, cash reserves, capital expenditures, and even top management salary cuts are just some of the data points that reveal how business empires are adjusting to the most catastrophic health crisis in recent history.

Earnings of listed companies during the 1st half of the year fell by a median rate of 46.1%, according to stock brokerage company COL Financial. (READ: What the Philippine economy could be like after coronavirus)

53 or over 82% of the 64 companies COL Financial monitored have reported lower earnings, while 15 or over 23% reported losses during the period.

“Companies’ weak earnings performance was largely the result of the enhanced community quarantine (ECQ) which was implemented in Luzon and most parts of the country beginning mid-March up to mid-May,” COL Financial’s report said.

Looking at sectors, restaurants posted the sharpest dip at -264.9%, while companies under consumer goods manufacturing managed to grow at just 2.4%.

As for the blue chips or companies comprising the Philippine Stock Exchange index (PSEi), Jollibee Foods Corporation led the decline, incurring a hefty P12 billion loss during the 1st 6 months of the year.

Profits of restaurants were severely affected by the hard lockdowns, and easing of restrictions provided minimal support.

Aside from Jollibee, the Max’s Group and Shakey’s posted losses of P365 million and P389 million, respectively, during the 1st half of the year.

Jollibee had been struggling with its profits even before the pandemic, as it went on a shopping spree for companies like Coffee Bean and Tea Leaf and Smashburger.

Despite the gloomy outlook in the food business, Ernesto Tanmantiong, Jollibee chief executive officer, said that he still expects sales and profit “to increase significantly in 2021 to a point closer to the levels of 2019 and to grow at least at historical growth rate of 15% annually by 2022.”

These casual dining companies have resorted to takeouts and delivery services. But figures have shown that dine-ins, and ultimately the flattening of the infection curve, will be needed to shore up profits, according to Philstocks analyst Japhet Tantiangco.

“Even if restrictions have eased, people still won’t dine in. Note that unemployment rose, which means people will tighten their belts and may opt for other food options,” Tantiangco said.

For businesses with groceries, only Puregold delivered strong earnings, as it is mainly focused on essential goods.

“Everyone knew Puregold was going to outperform. It was just a matter of by how much, that’s why the stock jumped, I think, more than 10% [after earnings announcement],” Regina Capital’s Luis Limlingan said.

But other companies like All Home, Robinsons Retail, and Metro Retail, which were also in the groceries business, suffered due to the closure of department stores.

The companies also still had fixed costs, like utilities and labor, to shoulder despite the non-operation of most of the stores in their facilities.

Snacks manufacturers like Universal Robina posted a 7.8% growth on earnings, but not due to stronger sales.

Limlingan said that Universal Robina’s sales were flat during the 1st half of the year. The company’s net income improved on the back of cost rationalization efforts.

Overall, he added that consumption-driven businesses will have to recalibrate their strategies. In particular, those with high exposure to non-essentials will have to shift to digital platforms to sell goods.

“Those who have online stores will do so much better in the long run,” he said.

With the pandemic keeping people in their homes, telco companies like Globe and PLDT were expected to earn more.

However, COL Financial noted that telco’s core net income fell by 1.1%. The drop is still considered better than expected.

While revenues and data consumption increased during the 1st half of the year, both Globe and PLDT booked higher provisions for potential credit losses from subscribers.

Limlingan also noted that there were reports that transport and border restrictions made it difficult to transport prepaid cards to provinces.

“PLDT did well because of its fixed line or broadband business, but most had problems on their prepaid business because people couldn’t transport load out of the city to areas like Laguna or Cavite. It may have been a supply constraint rather than demand for the prepaid business,” Limlingan said.

Tantiangco also stressed that while the middle and upper classes worked from home and increased data usage, lower-income classes were left jobless due to the pandemic.

“We were expecting growth, but not double-digit growth, since we are incorporating overall weakness of the economy. Demand rose due to work-from-home arrangements, plus school will be online too, but if we are going to price in the overall weakness of the economy, there will be those that will be forced to lessen data consumption,” Tantiangco said.

Another indicator of economic slump is the slashing of capital expenditures or capex by both Globe and PLDT.

PLDT announced that its capex will shrink by 15.67% to P70 billion for the remainder of the year, while Globe slashed 20% – from P63 billion to P50.3 billion – citing rollout delays due to the coronavirus lockdown.

With the figures shown in financial statements, it’s clear that there have been more losers than winners during this pandemic.

While companies have innovated and overhauled structures, they can only do so much. The health crisis must first go away for businesses to flourish once more. (To be concluded) – Rappler.com

Part 2: From malls to banks: The pandemic’s domino effect