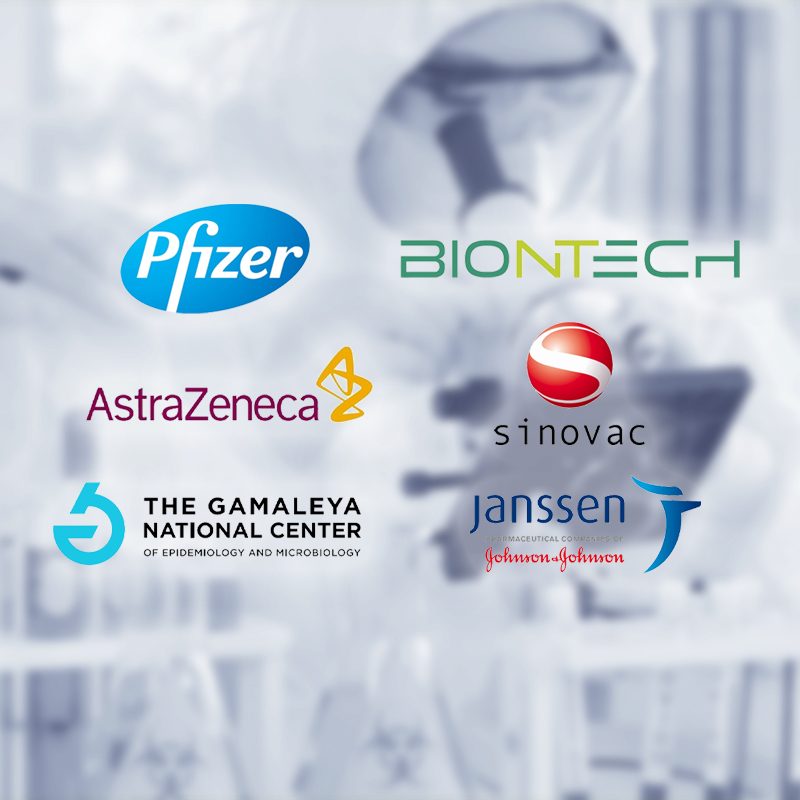 Part 2 | What you need to know about Bharat Biotech, Moderna, Novavax, and Sinopharm

Almost four months into the Philippines’ mass vaccination program, the country has administered, as of May 30, over five million doses of COVID-19 vaccines – specifically, 3,974,350 individuals have gotten their first dose, while 1,206,371 have received their second dose.

Despite the increase in number of vaccinations, however, a recent Social Weather Stations (SWS) survey revealed that vaccine hesitancy remains high among Filipinos, with fear of side effects as a major reason. Doubts of vaccine has been an enduring issue in the Philippines prior to the coronavirus pandemic due, in part, to the controversy involving another vaccine – Dengvaxia for dengue.

“It’s a very emotional reaction, so sometimes the rational argument doesn’t work,” he emphasized. “[People] have to eventually confront that fear and weigh the consequences of non-vaccination versus the risk of getting COVID. And that’s a very personal thing.”

The Commission on Human Rights (CHR) addressed this aspect of vaccinations. As the national government declared its “brand agnostic policy” in May, the CHR reiterated that an individual has the right to make a choice, as well as the right to informed consent when receiving vaccines.

The national government’s brand agnostic policy was prompted by the overcrowding in inoculation centers where Pfizer-BioNTech shots were being administered, while vaccines from Chinese and other manufacturers were available elsewhere. The Pfizer-BioNTech vaccine is the second most preferred by Filipinos, according to another SWS survey.

The national government’s directive encouraged local government units to disclose the vaccine brand being used for inoculation, but only when the recipients were already on site.

Against this backdrop, we profile several manufacturers – five in Part 1, and four in Part 2 – and touch on the complexities that come with the immunization rollout.

One of the largest pharmaceutical companies worldwide, Pfizer, an American multinational corporation, has led the development of notable medical products since 1849. Together with its predecessor companies, it developed vaccines, such as Dryvax (for smallpox), Poliovirus (polio), and Prevnar 13 (pneumonia). It also developed some popular drugs, like Advil (for pain), Xanax (anxiety), Zoloft (depression), and Viagra (erectile dysfunction).

Over the past two decades, the company faced several lawsuits for illegal testing of Trovan drug on Nigerian children, the fraudulent marketing of four drugs involving its subsidiary company, and masking the safety risks of its products. These cases ended in settlements, with Pfizer paying governments, families, and its shareholders billions of dollars.

In 2018, the Business Insider reported that public trust and perception of pharmaceutical companies were seemingly on a decline. It cited Reputation Institute’s research wherein Pfizer ranked last among 22 drug companies in the United States (US).

In the wake of the COVID-19 pandemic, however, Pfizer partnered with Germany’s BioNTech to produce a pioneer COVID-19 vaccine, Comirnaty. It was the first vaccine to receive the Food and Drug Administration’s (FDA) emergency use authorization (EUA) both in the US and in the Philippines.

The Philippines recently signed its biggest vaccine supply deal at 40 million doses with Pfizer. While the local FDA is eyeing to amend the approval which will allow inoculation for 12- to 15-year-olds, the Department of Health is still assessing the children’s rank in its priority list.

In 1999, the Swedish pharmaceutical group Astra AB and the British international company Zeneca Group PLC had a historical merger. This led to the formation of now pharmaceutical giant AstraZeneca, which focuses on the business and development of medicines in oncology and biopharmaceuticals. Throughout the years, some of its bestselling drugs have been Crestor (for cholesterol), Symbicort (asthma), Nexium (acid reflux), Imfinzi (bladder cancer), and Tagrisso (lung cancer).

In its venture, AstraZeneca has faced patent woes and controversies over illegal marketing and defective drugs. The company, according to the New York Times, pleaded guilty to healthcare fraud over improper promotion of a cancer drug in 2003. Other lawsuits were due to allegations about Crestor’s side effects and Nexium’s false advertising. In 2010, the US justice department ordered AstraZeneca to pay $520 million for off-label marketing of Seroquel, an antipsychotic drug that was claimed to have caused diabetes.

Of late, according to research, prolonged use of common heartburn drugs like Nexium have been linked to kidney problems. The drug maker also voluntarily withdrew Imfinzi from the US market last February for failing the DANUBE phase 3 trial.

In response to the pandemic, Oxford University and AstraZeneca collaborated to produce and distribute COVID-19 shots, also known under the trade names Vaxzevria and Covishield.

The Oxford-AstraZeneca vaccine was second to be granted an EUA by the Philippine FDA last January. Its administration was suspended for two weeks due to reports that the vaccine could cause blood clots. The immunization drive resumed in April after health authorities gave assurances that the vaccine’s benefits outweighed its risks. Recent studies conducted by the Chulalongkorn University in Thailand also found that the Oxford-AstraZeneca shot, together with Sinovac’s vaccine, boosted the immune system.

In the past 20 years, Sinovac spearheaded the development of a Severe Acute Respiratory Syndrome (SARS) vaccine and was the first to mass produce a swine flu jab. Its EV71 shot for infants and toddlers has been found to be effective, too.

Despite not being involved in safety disputes, the company is battling negative perceptions because of its over-a-decade corruption history. It has been accused of bribing China’s vaccine regulators, government officials, and hospital administrators, according to a report by The Washington Post in 2020.

Early on, CoronaVac, its COVID-19 vaccine, became controversial due to its low efficacy rate and the lack of data transparency in clinical trials. In the Philippines, it was further questioned by the public and healthcare workers as the government chose to purchase the shot amid apprehensions over efficacy and its higher price compared to other vaccines.

New real world studies in Indonesia and Brazil, however, showed that the Sinovac vaccine is highly effective in preventing COVID-19 deaths. The World Health Organization (WHO) also recently gave its nod for the vaccine’s emergency use.

CoronaVac was the third vaccine to be given an EUA in the Philippines last February, followed by a million doses donated by China to kickstart the inoculation campaign. Based on an SWS survey, Sinovac is also the top COVID-19 vaccine of choice by Filipinos to date.

Starting as a private laboratory in 1891 and now part of Russia’s health ministry, the Gamaleya National Center for Epidemiology and Microbiology has claimed to have worked on various vaccines for epidemics, Ebola, and Middle Eastern Respiratory Syndrome (MERS).

In 2016, Russian President Vladimir Putin said that the country has a new highly effective Ebola vaccine. A report from The International Business Times said that two Ebola fever vaccines, one developed by Gamaleya, had supposedly been registered a month prior to the declaration.

Two years later, Gamaleya sponsored an open study on medicines for emergency prevention of the disease. The center also listed a phase 4 clinical trial for GamEvac-Combi or Combined Vector-Based Vaccine against Ebola.

Similarly, Putin announced in 2020 that Gamaleya’s Sputnik V was the first COVID-19 vaccine to be registered globally, but without providing data for further review. This prompted criticisms about the vaccine’s credibility. British medical journal The Lancet’s latest report also raised issues pertaining to problematic phase 3 trials and access to data to verify vaccine results.

The local FDA gave its fourth EUA nod to Sputnik V in March. Since then, the first batch of Gamaleya vaccines has arrived in the Philippines as the government negotiates 20 million doses to further its mass vaccination drive.

Founded in 1886, America’s Johnson & Johnson (J&J) began venturing into consumer products such as band-aids and baby care products, and later on developed prescription drugs and medical devices, establishing the company as a healthcare empire. Based on revenue, J&J is 2020’s top pharmaceutical leader worldwide.

The giant firm has also been infamous for its healthcare scandals, such as the Tylenol (pain reliever) murders, Risperdal (antipsychotic) misbranding, and Talcum powder lawsuits and settlements. The Huffington Post’s docuserial even tagged J&J as “America’s most admired lawbreaker” in its 2015 investigation into the Risperdal fraud.

In June 2021, the US Supreme Court denied the company’s appeal to reverse the awarding of over $2 billion to women who alleged that asbestos in J&J’s baby powder caused their ovarian cancer.

During the pandemic, J&J’s Belgium-based unit Janssen Pharmaceutica developed a single-dose coronavirus vaccine, a first feat among the main drug manufacturers. The Janssen vaccine gives “substantial protection” against the virus, according to the US Centers for Disease Control and Prevention (CDC).

The J&J vaccine was the first COVID-19 jab to be tested for late stage trials in the Philippines. The local FDA granted emergency use of the Janssen shot in April. (To be concluded) – Rappler.com